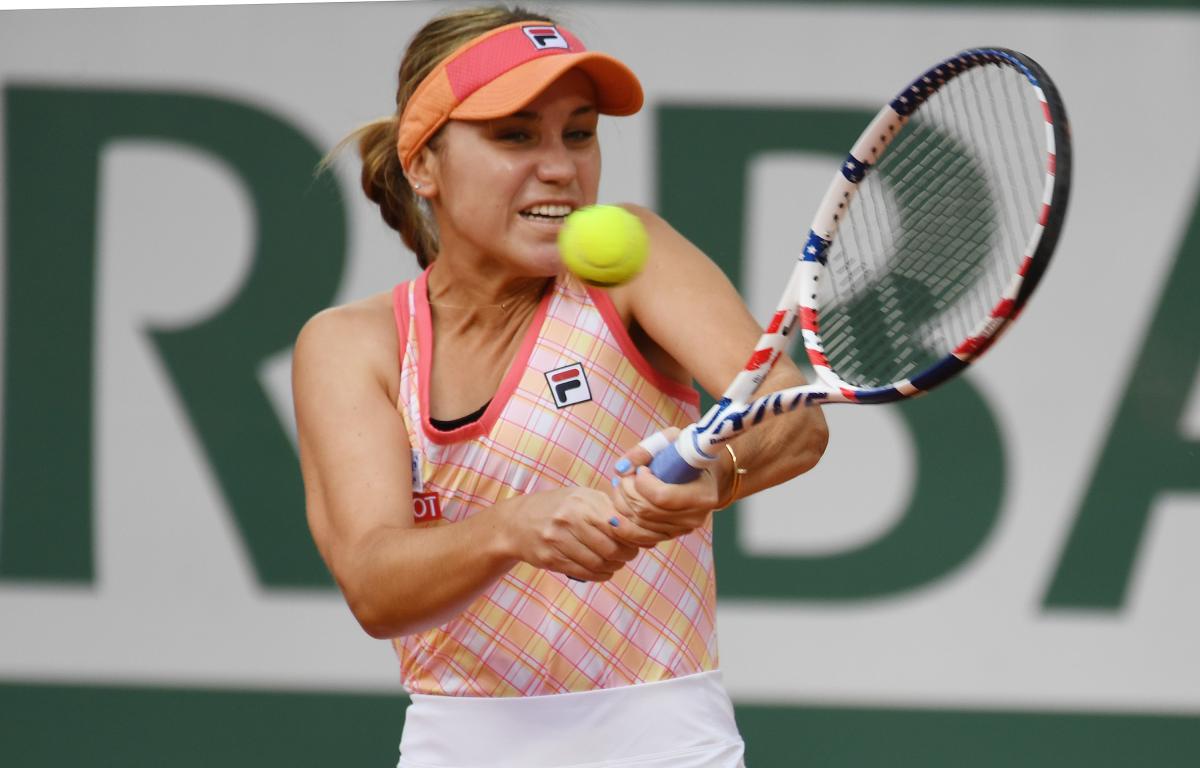 Sofia Kenin blew into her second Grand Slam final of the season on Thursday, mastering windswept conditions to defeat Petr Kvitova 6-4, 7-5 at the French Open.

The American who defeated Kvitova in January’s title match at the Australian Open, duplicated her current mastery of the 30-year-old Czech and set up a Saturday showdown with Iga Swiatek.

The Polish teenager earned the biggest win of her career, crushing No. 131 Argentine qualifier Nadia Podoroska 6-1, 6-2 in just over an hour.

The Saturday final will be a re-run of a 2016 third-round junior match here, which Swiatek won in straight sets.

In chilly temperatures and surging gusts, Kenin overcame a few wobbles in closing it out over Kvitova, a double Wimbledon champion.

The American fourth seed was broken as she served for victory leading 5-4 in the second, with Kvitova holding, 5-all

Kenin fought though a game later to advance into the final on a second match point as Kvitova returned wide.

“She’s a tough player, she has an aggressive game  and a huge serve,” the winner said of her opponent.

“I had to bring my best game today to win it. I’m super proud of myself, I’m very happy.”

The player who turns 22 next month remains confident that she can repeat her Grand Slam trophy success story on the Paris clay at this quarantined edition of the major.

“I’ve done it before in Australia , and I’m so excited to be back in a final,” Kenin said. “I’ll enjoy the moment and start preparing tomorrow for the final.”

Kenin had 23 winners to Kvitova’s 28 but held her unforced error count to 20 as opposed to 31 for her opponent.

Swiatek is still trying to let her biggest tennis accomplishment sink in.

“It seems unreal. On one hand I know that I can play great tennis. On the other hand, it’s kind of surprising for me.

“I never would have thought that I’m going to be in the final. It’s crazy. “I just kept believing in myself.”

She added: “It’s amazing for me, it’s like a dream come true. Basically I was a little bit, like, overwhelmed .”

The first Polish woman into the Roland Garros final has not lost a set the entire way through. She will be somewhat distracted by Friday’s doubles semi-final.

“Right now I’m just living the dream. I just want to focus on the other matches, on doubles. “I’m still on adrenaline, I’m going to just stay focused.”