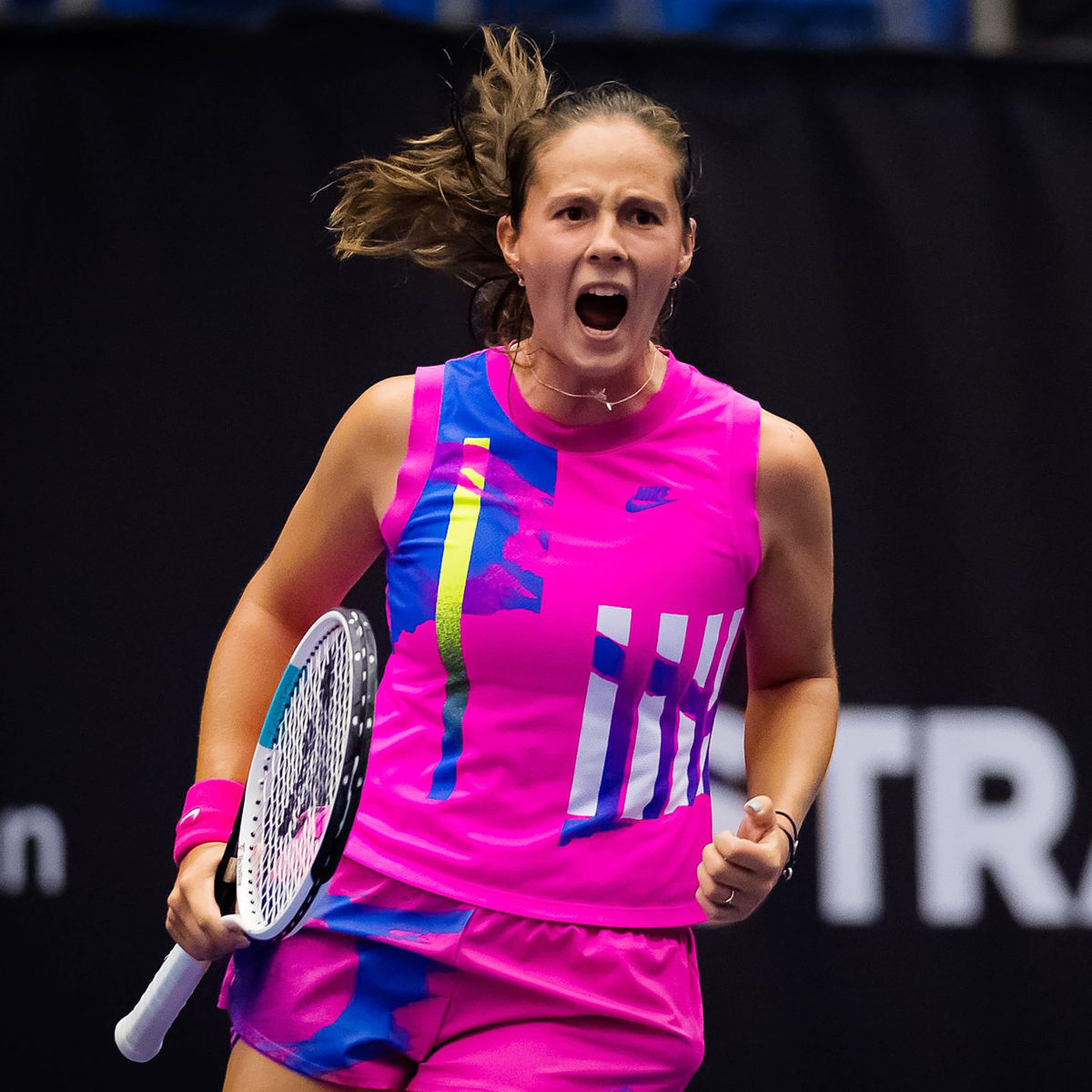 Former WTA Top 10 Daria Kasatkina continued the hard slog of working her way back up the rankings with a 6-2, 3-6, 6-3 first-round upset of sixth sed Elena Rybakina at the WTA event in Ostrava on Tuesday,

Victory in just under two hours in the Czech Republic marked the best win in a year for the Russian, who has slid down the table following a Moscow title two years ago this month,

Rybakina has reached a leading total of five finals this season – winning one – but became the biggest Kasatkina victim since the 23-year-old Russian beat Aryna Sabalenka in the second round of Beijing, 2019.

“I can say that I beat her with tactics,” Kasatkina said. “At the beginning I was trying to play a bit more aggressive to move her – but she was the one who started to move me.

“During the match I changed the plan of my game and it worked out very well.”

Kasatkina looks to be on the road to tennis recovery after losing in the US Open first round and going out in the second round at Roland Garros.

“After Roland Garros I was mentally a bit down because I’d pushed myself to be ready,” she said. “I had a few days when I didn’t want to push myself much – but as soon as I came here everything changed.

“I’m motivated, I feel very good and I’m trying to squeeze the maximum out of this situation. I like the court, I like the surface, I like to play indoors, I like autumn – so everything makes me feel good.”

HIgh-profile qualifier Coco Gauff passed her opening test on Tuesday with a 7-5, 6-4 defeat of Czech Katerina Siniakova. She was joined as a winner by fellow American Jennifer Brady, who beat Dayana Yastremska of the Ukraine 3-6, 7-6(6), 6-1.