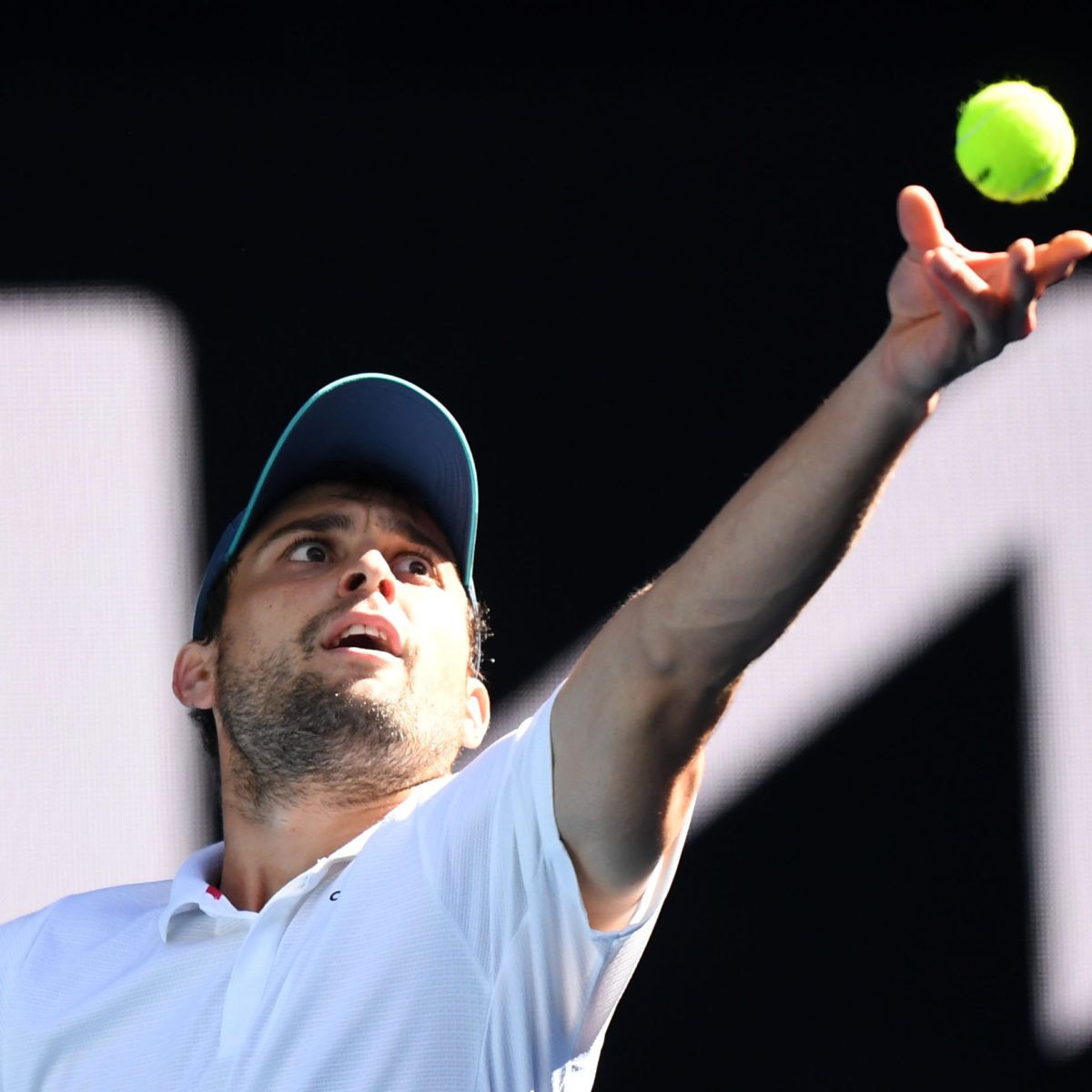 Aslan Karatsev ignored the distraction of a Monday rain interruption to send Italian prodigy Lorenzo Musetti to a 6-3, 6-4 first-round defeat at the Monte Carlo Masters.

The Russian who reached the Australian Open semis from a qualifying start and then won the Dubai title, set up a clash in the principality with fourth seed Stefanos Tsitsipas.

The match was halted in the opening set by poor weather and only resumed four hours later at an event without fans due to the COVID situation in France.

No. 29 Karatsev earned victory with his 23rd winner of a long afternoon on the clay, saving the four break points he faced off the Italian teenager’s racquet.

“It was a really tough match (as) my first of the season on clay,” the winner said.

After the match, Musetti said “Today I didn’t feel the ball well, maybe I didn’t enter the field convinced that I could win,”

“He didn’t let me get into the rallies, I had a lot of trouble hitting the ball. Conditions were a bit different than in Cagliari (quarter-finals last week).
“The ball felt very heavy on the racket and I couldn’t push off.”

John Millman grabbed an Aussie win as he put out France’s Ugo Humbert 6-3, 6-3.

Rain returned in early evening to catch five matches on court with four still to be started.