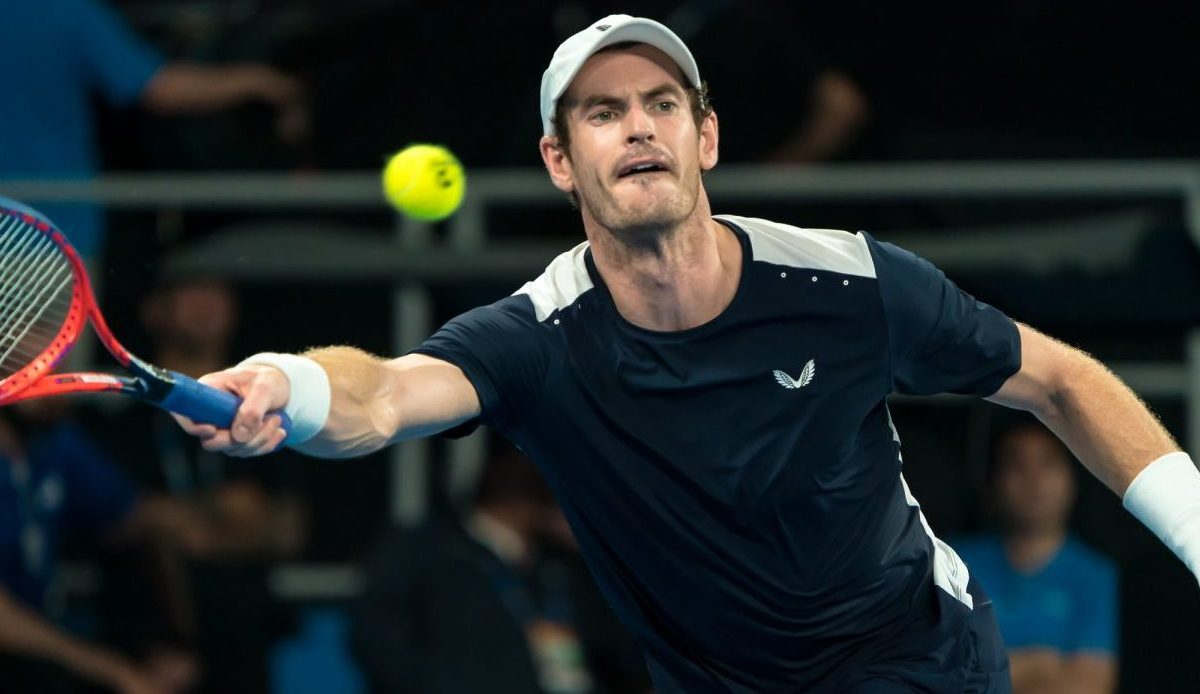 New father Andy Murray has revealed he is dedicating himself to banishing the evil dessert demons after piling on a few extra kilos through celebratory feasts following the birth last month of baby Teddy.

The son of notorious chocoholic Judy Murray – her Twitter feed is full of cake and pudding shots – is racing the clock to shape up with his appearance at next week’s Davis Cup for Britain drawing ever closer.

Murray has been working his way back this season from his January hip surgery and proved he’s on the right track with an Antwerp title obtained only days before Teddy’s birth to wife Kim.

With three young children, life around the stately Murray home in the Surrey stockbroker belt south of London has become even more hectic.

Friends and family were not shy about carting over sweet treats – and Murray confessed at a London sponsor event this week that he had had no problem digging into the calorific goodies on offer.

“I didn’t do anything for 12 days, literally nothing. I got up to my heaviest weight in my career probably.”

“It was evenings that were the issue. When the newborn has been going to bed at seven, sleeping for a three-hour period, my wife would sleep upstairs and get a period of good sleep in before the baby would wake up.

“I’d be on my own downstairs and chocolate biscuits and stuff.”

In retrospect, the father of three seems to be seriously regretting his run of overindulgence.

“There was Halloween and my second daughter’s birthday party, then also my sister-in-law had a birthday,” the 32-year-old former No. 1 said.

“So there was lots of cake and junk and that, with no training, is not a good combination. I was 88.5 kilos and I’m normally 84.”

Once the controversial one-week Davis Cup is done, Murray will look ahead to the more rigorous challenge of the Australian Open in January.

“I didn’t particularly like trying to wake my daughter up in the middle of the day and she’s completely out of it,” he said of a typical experience at the Australian Open 11 time zones away from London.

“We decided we wouldn’t be doing any more long-haul trips because it’s better for them. It’s something that you’re going to have to factor in when scheduling and planning.”

Speaking at the launch of his new clothing range with sportswear brand Castore this week, Murray claimed that he is closer to beating the Big Three, Roger Federer, Rafael Nadal and Novak Djokovic than he was just a few weeks ago and before his morale boosting victory at the European Open in Antwerp last month.

That was only his seventh singles tournament since January’s hip surgery and his first tournament victory since March 2017.

The former world number 1 told BBC sport “I know if I played against the top players tomorrow there would be a very small chance of me winning that match, but I do feel I could win.”

“That’s one of the performance goals I want – when I go out on court against all of the players I want to feel like I have a chance of winning,” Murray added
.
“Seven or eight weeks ago I wouldn’t have felt that was the case. Before Antwerp, the conversations I was having with my team were ‘I’m not sure where I can get to’.

“If I continued along that path then I wouldn’t continue playing.

“It has been an up and down few years but I feel like I’m coming through the other side of it and excited to see what I can do over the next couple of years.

“It’s difficult to say exactly where I am. I’m not where I was when I was 25 but I don’t expect to be and I don’t need to be [in order] to be competitive at the highest level and that’s why I’m excited.

“I’m not going to set a target of top 10 or trying to make the semis of a Grand Slam because I’ve done all of that before and I don’t need that.

“I watched videos of myself playing in Majorca and I looked a bit slow and I didn’t really like what I was seeing when I was watching myself,” added Murray, who’s ranking has risen to 125th in the world rankings from a season low of 503.

“From the beginning of the trip to Asia when I played the first tournament there, after the first day of practice, I was saying to my team ‘I’m not feeling this’.

“But once I started playing matches again I started to move a little bit better and stopped thinking about my hip during the matches. That was quite a big step for me to take.

“I almost didn’t go to Antwerp, I had a problem with my elbow which I had in Shanghai and I left Sunday afternoon on the train there and I didn’t know if I was going to play.

“Obviously, I’m thankful I did and ended up getting the title. It was completely unexpected.”

Looking ahead to the controversial new one week format Davis Cup in Madrid next week, Murray has used his protected injury ranking to ensure Team GB qualify to play in the event, and was looking forward to test his current form against Roger Federer in the group stage.

Sadly the 20-time Grand Slam champion recently pulled out of the tournament and Murray says it is “unfortunate” their meeting will not now happen.

After Madrid,  Murray will continue to build his fitness during the off-season as he prepares to make an emotional return to the ATP Tour for the start of the 2020 season in Australia where just twelve months ago the organisers had produced a “farewell” video tribute to him following his gutsy five set defeat at the hands of Spain’s Roberto Bautista Agut.

So Murray may not have to wait too much longer to test himself against “The Big Three” Rafa Nadal, Novak Djokovic and Roger Federer which seemed an impossible dream when he left Melbourne  in January 2019 following his first round defeat and subsequent hip surgery.