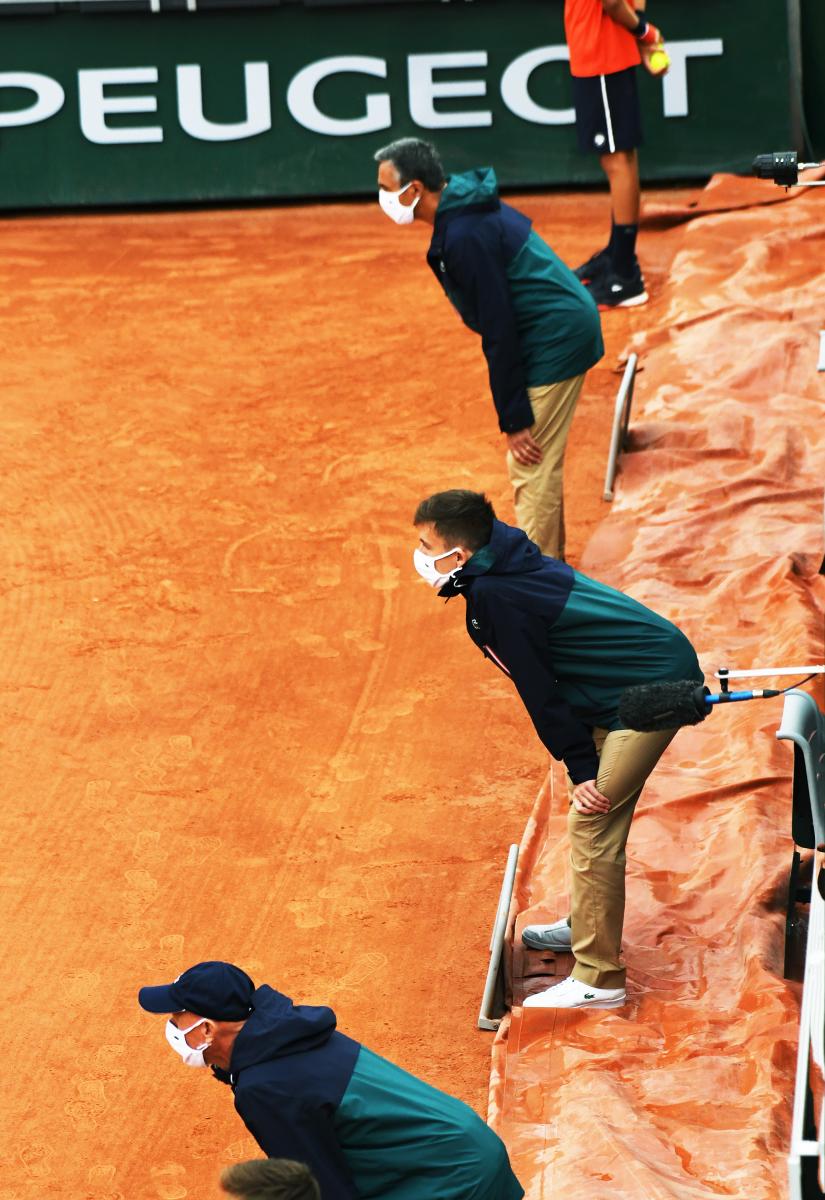 Novak Djokovic is at odds with the French Open over the use of line-calling technology, with the world No. 1 all-in on replacing humans with silicon chips and AI.

The top seed at Roland Garros has struggled with side issues during the fortnight even as he mows down opponents on court.

His Saturday night third-round victory over  Daniel Elahi Galan with the loss of just five games was marred by a dispute over when to close the court roof when mist turned to rain.

He also is not particularly happy with all players being “confined” to 5-star Paris hotels and prohibited from staying in flats. And the Serb is clearly unimpressed with regulations at this COVID-19 edition of the Grand Slam which severely limit support team members.

With questionable line calls cropping up repeatedly during Week one at Roland Garros, Djokovic is displeased after a tournament statement supporting the use of linespeople and rejecting the installation of electronic line-calling frequently used on hardcourts and grass.

“I really don’t see a reason why every single tournament in this world, in this technological advanced era, would not have what we had during the Cincinnati/New York tournament,” Djokovic said.

“The technology is so advanced right now, there is absolutely no reason why you should keep line umpires on the court.

“I understand technology is expensive, so it’s an economical issue. Sooner or later there will be no reason to keep line umpires.

“Ball kids, of course… but line umpires, I don’t see why anymore, to be honest.”