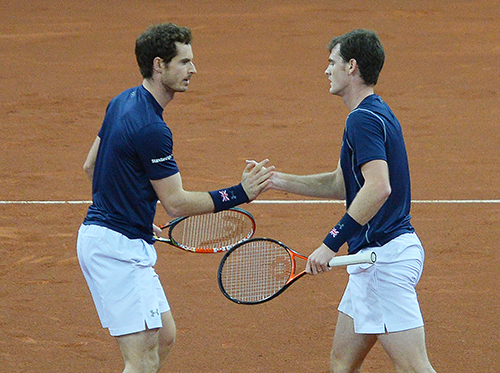 While Jamie Murray will play the Australian Open while brother Andy won’t, the doubles-specialist sibling has no doubts that his younger brother is overdue for a storming comeback to the ATP.

The former No. 1 has been spinning his wheels so far in 2021 after a positive COVID test forced him to miss a flight to Australia and its mandatory 14-day player quarantine.

Pleas for a late arrival were knocked back by jittery Aussie health bosses.

With his chance of making the major now dissolved, Murray is concentrating on his fitness and match form again.

Spanish media report he has decided to play a Challenger in Biella, northern Italy, from February 15, the second week of the Open in Melbourne.

Two-time doubles Grand Slam, winner Jamie is all in on the Andy fightback story.

“He’s done incredibly well to get to this point where he feels like he’s in a position now to go out and compete against the best players in the world,” Jamie told the Bunkered podcast.

“It’s obviously been incredibly frustrating for him because he’s had a lot of setbacks along the way. It’s been very stop-start.”

The 34-year-old said that bad luck seems to be stalking his sibling.

“Even 2020, when he was just getting back to fitness and he was just about ready to go compete in Miami, Covid hit and the tour shut down, that was another five or six-month break.

“It’s been difficult for him but I think he’s in a good place just now. That’s just the vibes I get from seeing him training and some of the matches we had in December.

“This is obviously a huge year for him. If he can stay fit, healthy, play a full calendar year and see where he’s at, what his level’s at, what he’s able to do week in, week out on the tour.”