Jabeur the first into Wimbledon quarter-finals 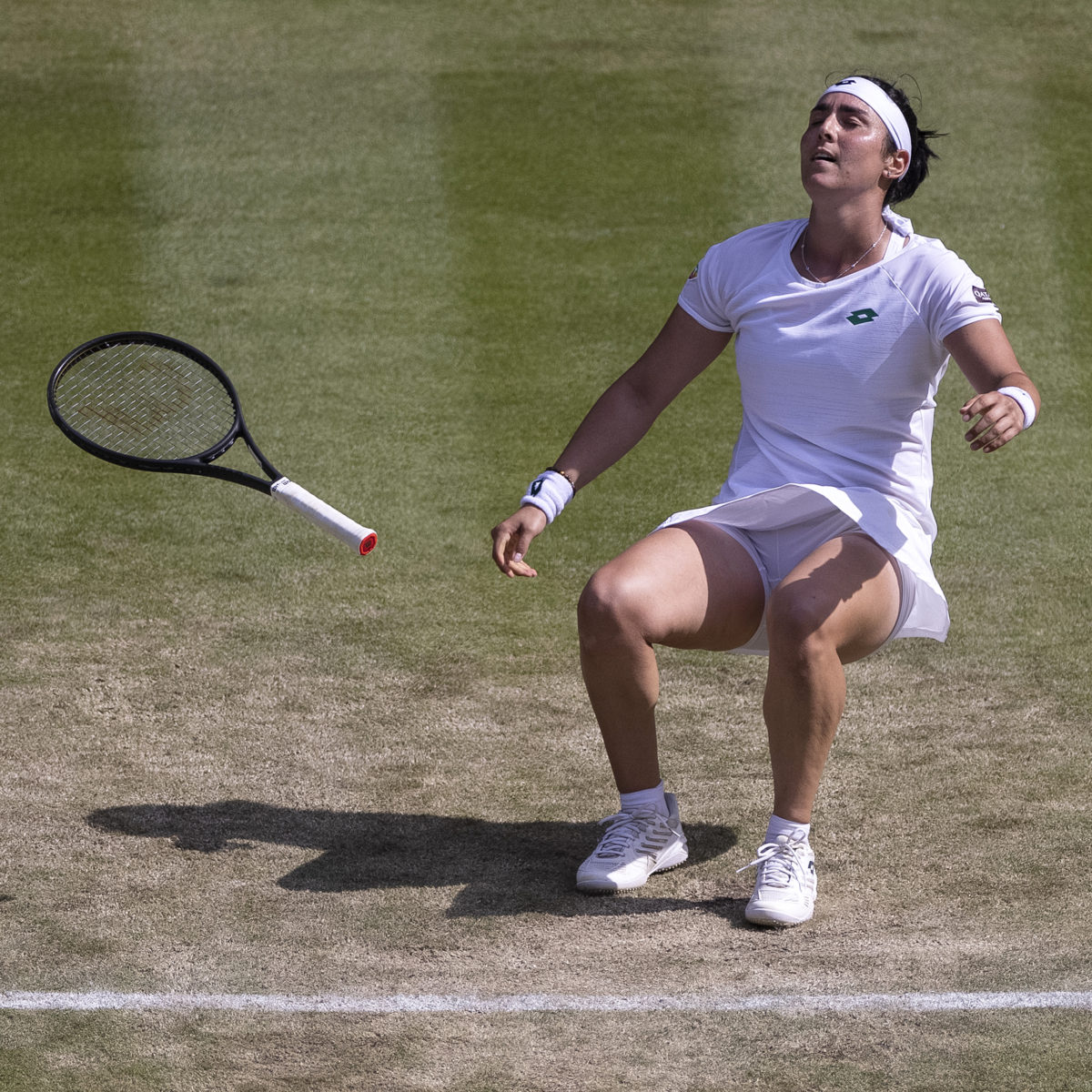 Ons Jabeur reached the second Grand Slam quarter-final of her career with a 5-7, 6-1, 6-1 defeat of Iga Swiatek on Monday at Wimbledon..

The fourth-round success for the Tunisian ranked 24th who won the Birmingham title last month – the first of her career – took an hour and three-quarters.

Swiatek lifted the Roland Garros trophy last October and was playing the second week here  for the first time.

Jabeur said she changed her outlook when she trailed 5-3 in the first set, slowly working her way back into the match and eventually onto victory.

“I didn’t get angry when I was down, instead I just took it point by point, played my game.

“Being aggressive was the key today – that was what I did.”

Jabeur broke for the seventh time in the match for a 5-1 lead in the third set and served out the win a game later and finished with her ninth ace on the first of three match points.

The victory marked the second major upset for Jabeur, who beat French Open and Wimbledon champion Garbine Muguruza in the third round last week and accounted for Venus Williams in the second round.

Jabeur will face off for the semi-finals against second seed and first time Grand Slam quarter-finalist Aryna Sabalenka, a winner over Elena Rybakina 6-3, 4-6, 6-3.