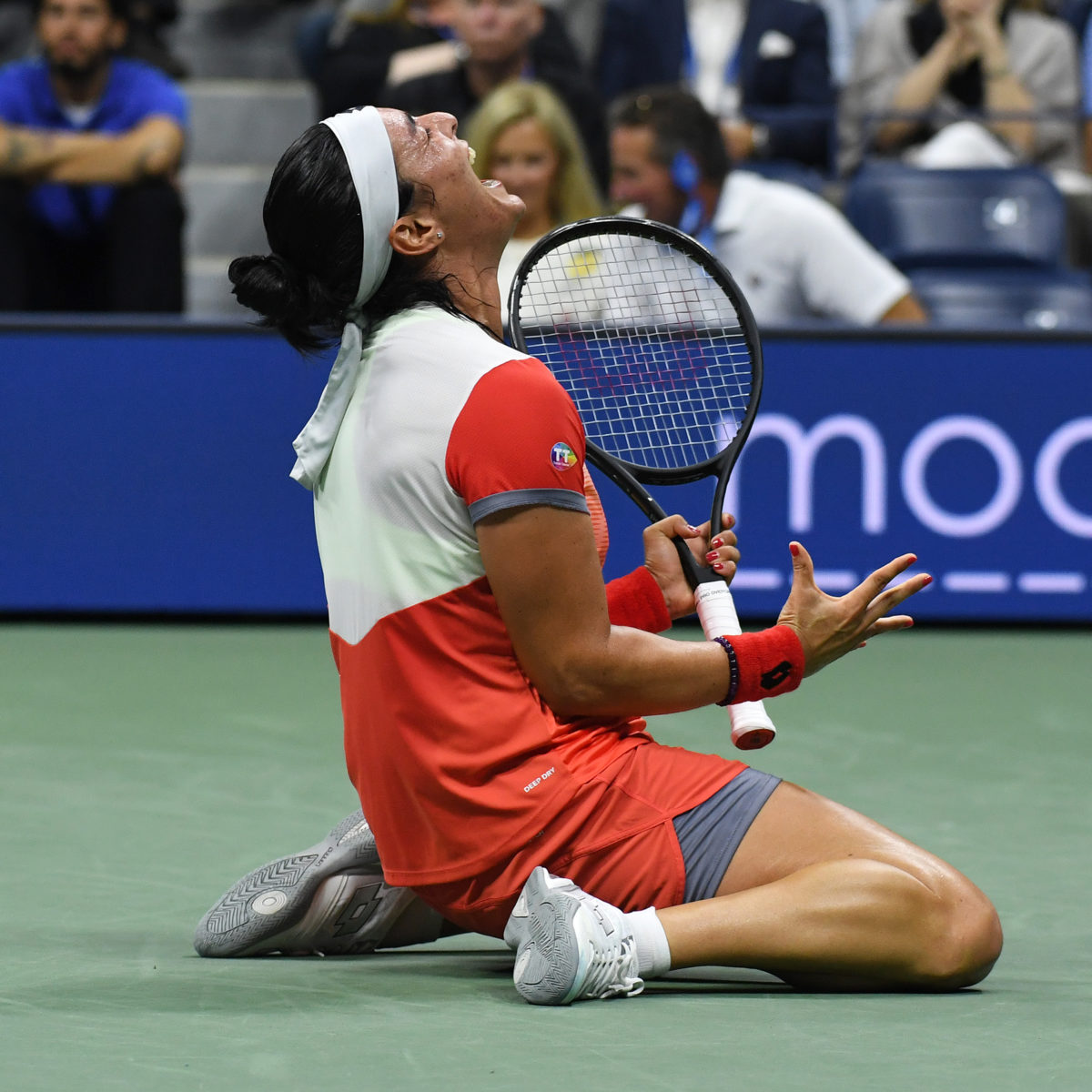 Ons Jabeur could do no wrong as the Tunisian demolished Carolina Garcia 6-1, 6-3 to move into her second consecutive Grand Slam final with a runaway win on Thursday at the US Open.

Garia, who needed 42 majors to reach a career-first semi-final after once standing fourth in the world, was completely at sea in the 66-minute demolition job inflicted by July’s Wimbledon runner-up.

Jabeur won seven of the first eight games as she imposed her game on the flailing Frenchwoman.

The Tunisian produced eight aces among her 21 winners while Garcia was limited to a dozen winners.

Garcia’s level was well below the form which took her to the Cincinnati title last month from a qualifying start; she was riding a 13-match win streak.

The No. 17 lost serve four times while never finding a break point against her on-fire opponent.

Jabeur will wait for a Saturday finals opponent as top seed Iga Swiatek goes against Aryna Sabalenka in the second semi-final.

“It feels amazing , after Wimbledon there was a lot of pressure on me,” the winner said. “I’m really relieved that I can back up my results

“I’m really happy I made it to the finals here.”

“She played much better in the second set and put me under pressure.

“She has been playing amazing tenis this summer, it was not as easy as it looked for me.

“Mentally I was so ready.”

Jabur raced into control with a 6-1 opening set in 23 minutes as she took advantage of a nervous start from her overwhelmed opponent and was all but unchallenged in the equally rapid second set which ended on the first match point from a Garcia error.

Jabeur has now won her last nine matches against French opponent, including Garcia at her in 2019 and the 2020 Australian Open.

She is the first African woman in Open Era to reach the New York semis and is one of four African women to reach a semi at a Grand Slam (Amanda Coetzer, Yvonne Vermaak and Annette du Plooy)..