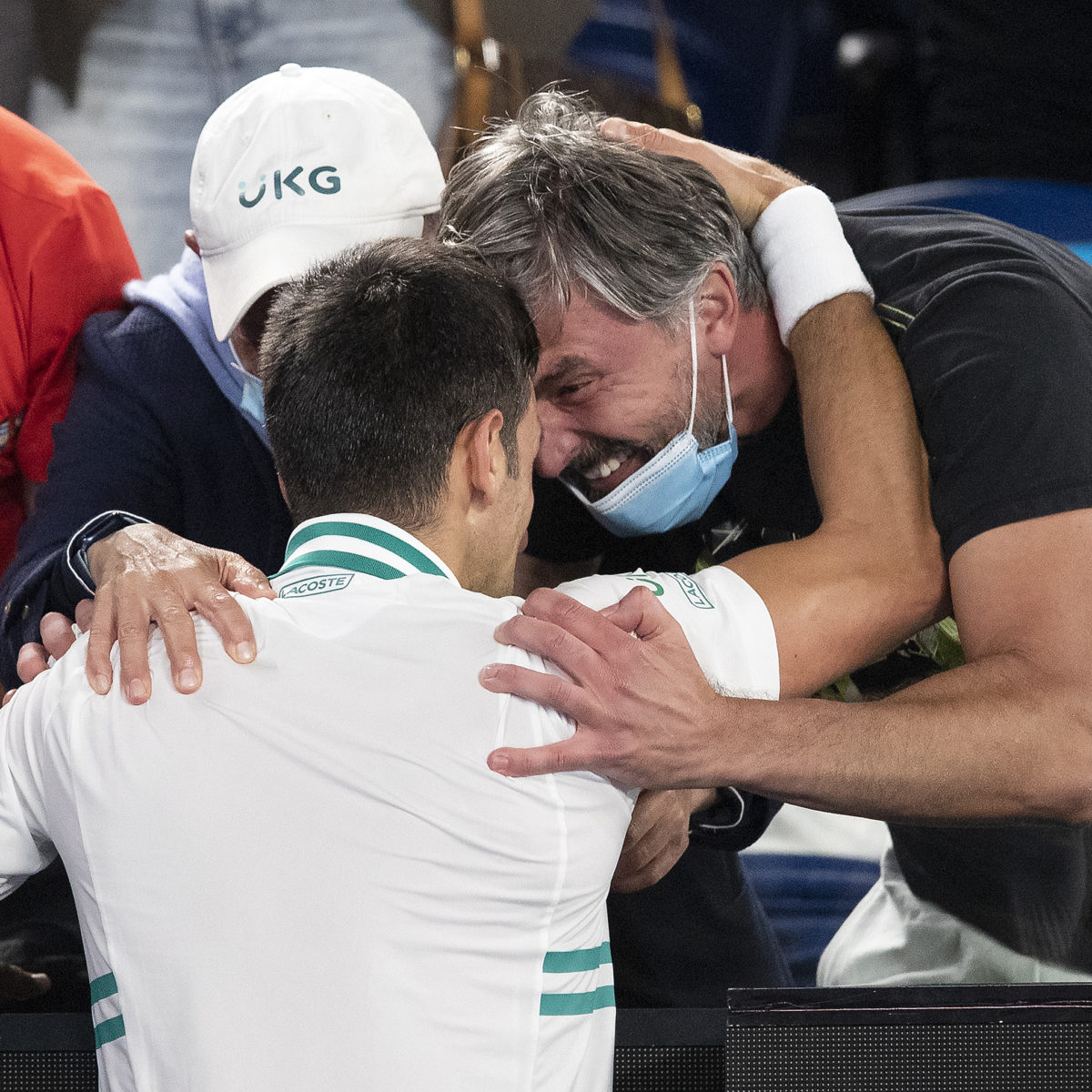 The former Wimbledon-winning Croat coach said on Sunday that the top seed’s 18th Grand Slam title served as payback karma for the heat his man has been under before and during the COVID-influenced Australian tennis summer.

“He needed this victory so badly,” Ivanisevic said. “There is somebody upstairs who saw all this unfairness (of what) a lot of media and people (were doing)  to him.

“He went through a lot especially after last year’s US Open (DQ’s for accidentally striking a lineswoman with a ball), then (playing) a pretty poor final at  Roland Garros.”

“Novak tried to help the players, (with everybody attacking him.

“Then this (abdominal muscle tear in the fourth round) injury happened out of nowhere. Unbelievable.

“To be honest, I can’t believe that I’m sitting here today as a member of the team of the guy who won No. 9 Australian Open.”

Ivanisevic added: “This is his tournament. Like Rafa has his French Open, Novak has his Australian Open.

“Nine times, unbelievable. This victory is even sweeter;  I know what kind of emotions and pain he went through in the last week, and he wins the tournament. In this way it’s just amazing.”