Italy through to ATP Cup semis 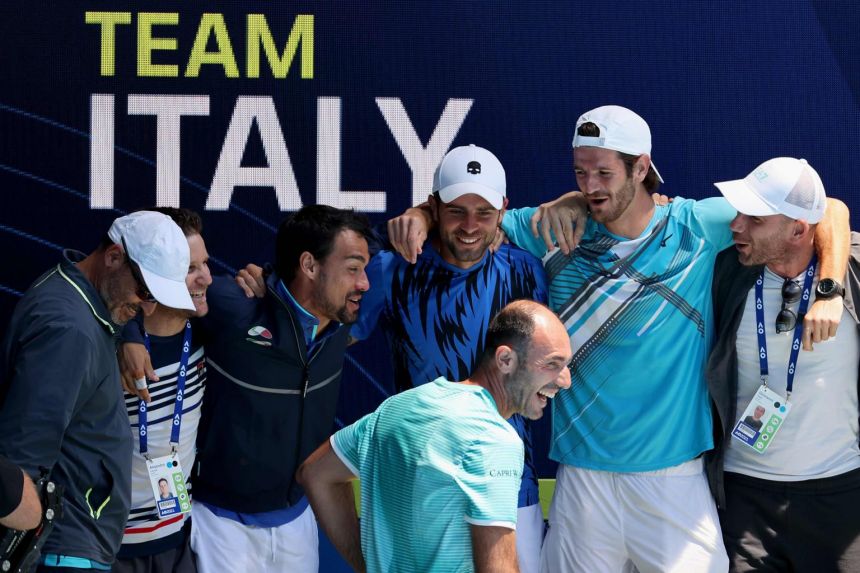 After their 2-1 victory over Austria yesterday, the Italians won both singles matches as Fabio Fognini beat Benoit Paire 6-1 7-6 (7-2) in the opening singles rubber before Matteo Berrettini sealed the tie with a 6-4 6-2 defeat of Gael Monfils.

In the other early tie of the day Alexander Zverev overcame Denis Shapovalov in an almost three-hour battle to enable Germany to beat Canada.

Having lost 2-1 to Serbia yesterday, Canada are now out of semi-final contention.

“So we want to go match by match. Tomorrow we got the defending champions, that’s not going to be easy for us.”