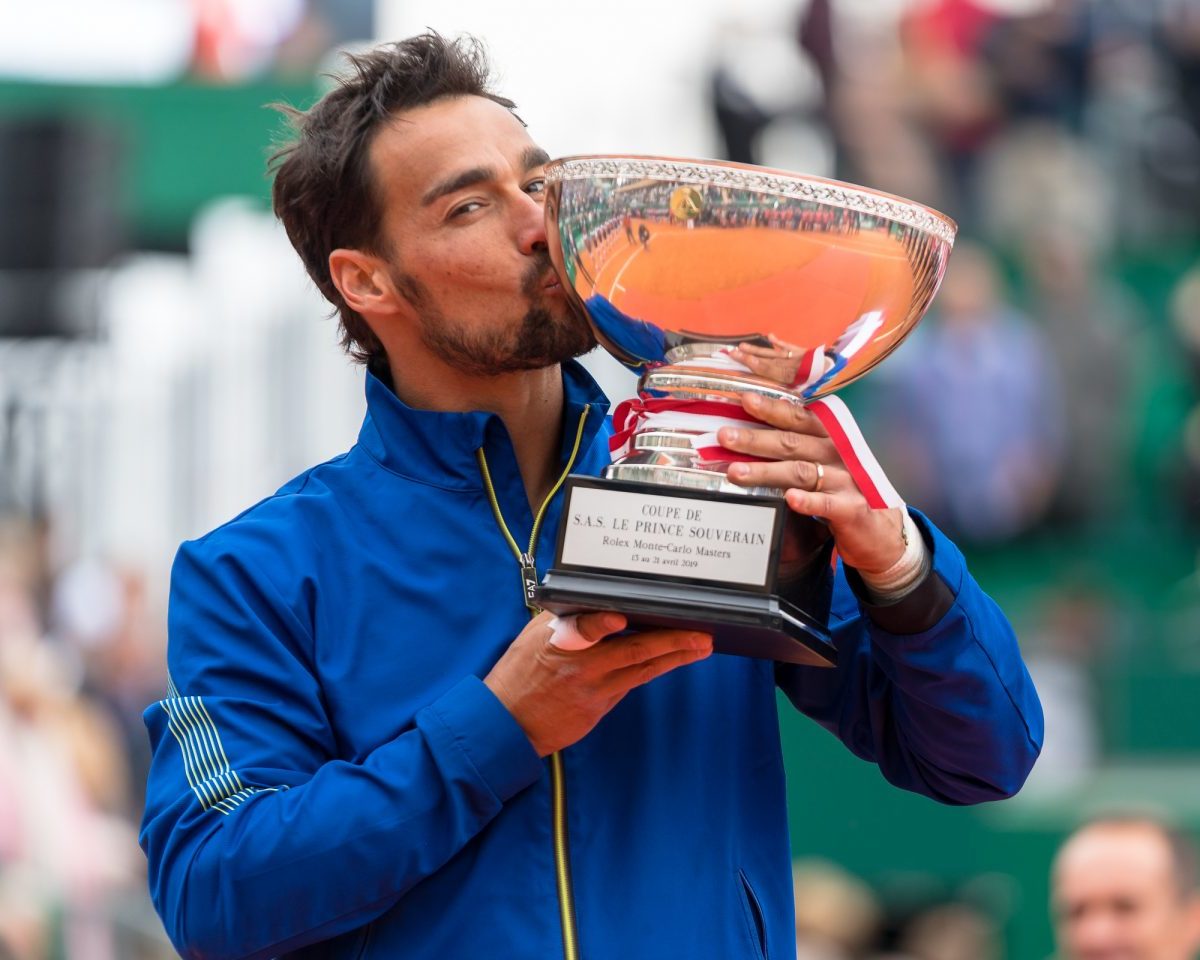 Jannik Sinner, holder Fabio Fognini and qualifier Marco Cecchinato got Italy off and rolling with a victory hat-trick on Tuesday at the Monte Carlo Masters.

The winning trio were the first of eight countrymen due on court at the Country Club just a few kilometres from the Italian border.

At a normal edition, the stands would be packed with compatriots, who make up roughly half of total crowds for the Masters week.

Teenaged talent Sinner set up a second-round contest with top seed Novak Djokovic after defeating Albert Ramos of Spain 6-3, 6-4 in an empty arena overlooking the Mediterranean.

Sinner produced his 15th win of the season in 85 minutes over his 46th-ranked opponent.

The Italian trailed 0-2 in the opening moments but then won five games in a row to announce his intentions for the remainder of the match,

Defending champion Fognini advanced in his title defence by defeating Serb Miomir Kecmanovic 6-2, 7-5 while Ceccinato beat Dominik Koepfer 6-4, 6-3 in the first match of the day.

Fognini won the last edition played here in 2019, a title which included his semi-final upset of Rafael Nadal.

The 18th-ranked Italian whose work ethic sometimes comes up for question, was all business on the day, overcoming five double-faults but breaking seven

times to advance not far from his home on the Italian Riviera.

He ended a run of three straight defeats coming into the big-event start of the clay season.

“”It was difficult, coming here without pressure,” Fognini said. “I’m happy because last week I had a very bad performance.

“I’ve moved on and I’m happy to be in the second round.

“I had the best performance of my career here and I live and was born nearby; this tournament will always be in my heart.

“Unfortunately there is no public, but I believe that this tournament, with the sea behind it and the people in the stands, is one of the most beautiful in the world. “