It really is Roger and out 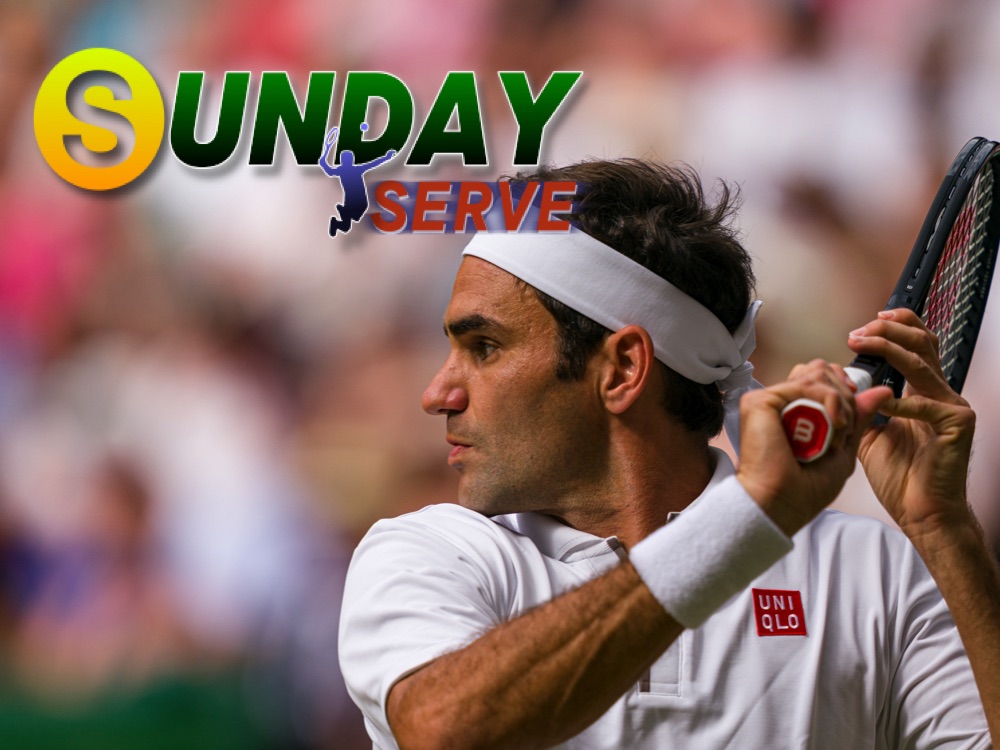 SO, the end of an era – as we say farewell to a true great of the game, Roger Federer.

Federer announced his retirement last week after a year or so of speculation over his future.

Master coach and tactician Patrick Mouratoglou said there would never be another Federer in the technical aspect of the game.

“I think Roger is the best ambassador for the game, because he plays tennis the way everybody would love to play tennis,” Mouratoglou said after learning of his retirement.

“He is the absolute perfection in everything he is doing – the way he moves, the way he hits the ball, because he was giving the feeling all the time that he was hitting the ball with absolutely zero effort.

Sporting history will show Federer’s record is formidable – maybe unsurpassable. World No. 1 for almost six years, 20 Grand Slam singles titles and the only player to win at least ten titles on all surfaces: clay, grass and hard court.

But historians will also recall it could have gone another route during his early years – a bit more Nick Kyrgios than the Roger Federer we have come to know.

Everyone knew how talented he was – but he was also a bit of firebrand, with a temper.

Thankfully, he managed to curb that aspect of his game to become one of the greats.

One of the Big Three – as tennis fans like to call them – along with Rafa Nadal and Novak Djokovic.

That era is almost at an end as Nadal now carefully picks his events to maintain fitness and manage injuries and Djokovic’s refusal to accept the dangers of Covid 19 has sen him slip down the rankings, prone to losing matched due to the lack of match practice and out of contention.

Some British fans like to add a ‘fourth’ that list – one Andy Murray – but in all reality, there is little to compare.

And in a week where many have been saying farewell to another institution we have know all our lives – Queen Elizabeth II – a new tennis heirarchy is slowly forming.

Unlike the immediate accession of the monarchy, tennis’ new regime is still taking shape, a sense of renewal in the air.

For there is one word to remember how the record eight-times Wimbledon champion played, and Mouratoglou summed it up perfectly: Perfection.

ROGER Federer responded to Rafael Nadal on his retirement message in a classy way yesterday, after Nadal had congratulated his friend and rival on a magnificent career.

Nadal wrote: “Dear Roger, my friend and rival. I wish this day would have never come … it’s a sad day for me personally and for sports people around the world. I said it to you when we spoke and now it’s here.

“It’s been a pleasure but also an honour and privilege to share all these years with you, living so many amazing moments on and off the court. We will have many more moments to share together in the future, there are still lots of things to do together, we know that.

“For now, I truly wish you all the happiness with your wife, Mirka, your kids, your family and enjoy what’s ahead of you. I’ll see you in London at the @lavercup.”

Federer responded by sharing the post on his Instagram story and replied saying, “Thanks for the nice words, Rafa,” along with a handshake emoticon.

FOR those who have no idea who Tom Brady is, OR perhaps the NFL, American ‘gridiron’ isn’t your game.

But to Serena William he appears as a beacon of hope for the future.

Brady is 45-year-old star quarterback, who retired in February only to say six weeks later he was coming back for a 23rd season.

Williams, who seemed to make a farewell appearance at the US Open, dropped a hint she might not be done last by evoking that famous retirement U-turn.

“You never know,” Williams said on US TV. “I’ve been saying that I think Tom Brady started a really cool trend.”

Williams, who will celebrate her 41st birthday on September 26, said she was “evolving” away from tennis before the US Open.

But maybe the magnitude of her early round wins and then the third-round loss has made her think again.

Or was it big sister Venus?

The elder of the two, and herself a seven-time Grand Slam winner, has apparently been trying to get Serena to make a comeback.

HARRIET Dart may defend British No.1 Emma Raducanu all she likes but the former US Open winner is quite clearly not the new champion Brits had hoped for.

Raducanu crashed out of the Slovenia Open in the round of 16 last week and Dart also had a disappointing event, losing in the first round to Tereza Martincova.

Dart praised Raducanu’s ability to churn out those who have criticised her after her post-US Open title win, but in professional sport it’s all about winning, and Raducanu has not performed.

“The level has gotten so strong and deep across the board, which is why what Emma did was so incredible,” Dart said.

“It was super inspiring. She’s very young and to be able to handle everything that was thrown at her was very special.”

AS we farewell a legend of the game, the question on many fans’ lips is, who is the next king of tennis?

“When you look at the tennis landscape over the last 30, 40, maybe 50 years, there’s only been a few players that have come along that are what you’d call a ‘phenom’,” Woodbridge said.

“Now we throw Carlos Alcaraz into that mix, where we’ve witnessed the beginning of greatness. And time will tell how ultimately great he will become.

“I’ve never seen a more well-rounded player in my time of watching the game.”

The two-time Grand Slam champion, who recently split from her husband of a year and reunited with Patrick Mouratoglou, had a solid grass court season and US Hard court swing to get back into the world’s top ten.

But Halep has also had other troubles, having had a panic attack at Roland Garros and struggling with anxiety, she almost quit the sport in February.

French newspaper L’Equipe dedicated its front page to Roger Federer with the apt phrasing ‘God Save The King’. The tribute to the tennis icon was a reference to the accession of King Charles III in the United Kingdom.