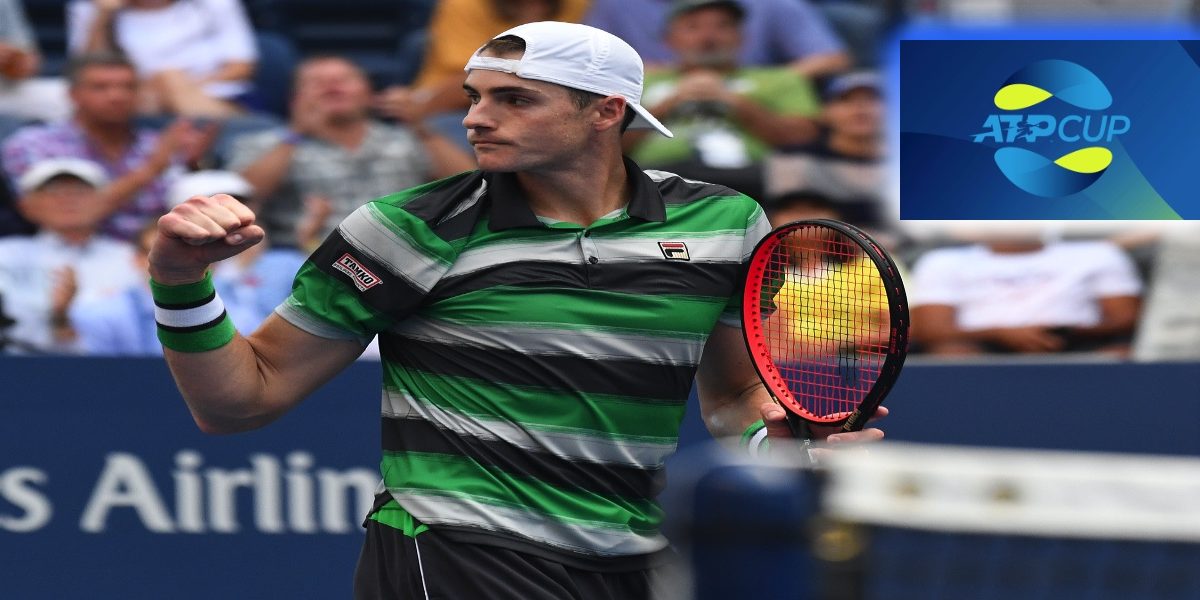 A tale of two Americans – one loves it and the other hates what the ATP Cup is all about.

Contrast that to current US No. 3 Reilly Opelka. He believes the Cup is ‘pathetic’.

“It’s pretty bad for the sport. It makes it more top-heavy than it already is,” he said.

The ATP Cup allows only the top two players from each country to participate which means that Opelka missed out.

Sour grapes? Maybe. Because Isner can’t wait to lead his team in the event, which will take place in Perth, Brisbane and Sydney, as 24 teams battle it out for supremacy.

The USA will play in Perth against Russia, Italy and Norway in Group D.

“It’s exciting; the ATP Cup is a brand new event and one that I think a lot of players are excited about and myself in particular,” Isner said.

I think we have a good team, so it’ll be exciting. It’s been a while since I have been to Perth, so I’m looking forward to getting over there.”

Isner is likely to be joined by Taylor Fritz for the tournament, jointly funded by Tennis Australia and the ATP.