Is this a wined up? Boozy Kyrgios in late-night rant on Murray’s Instagram site 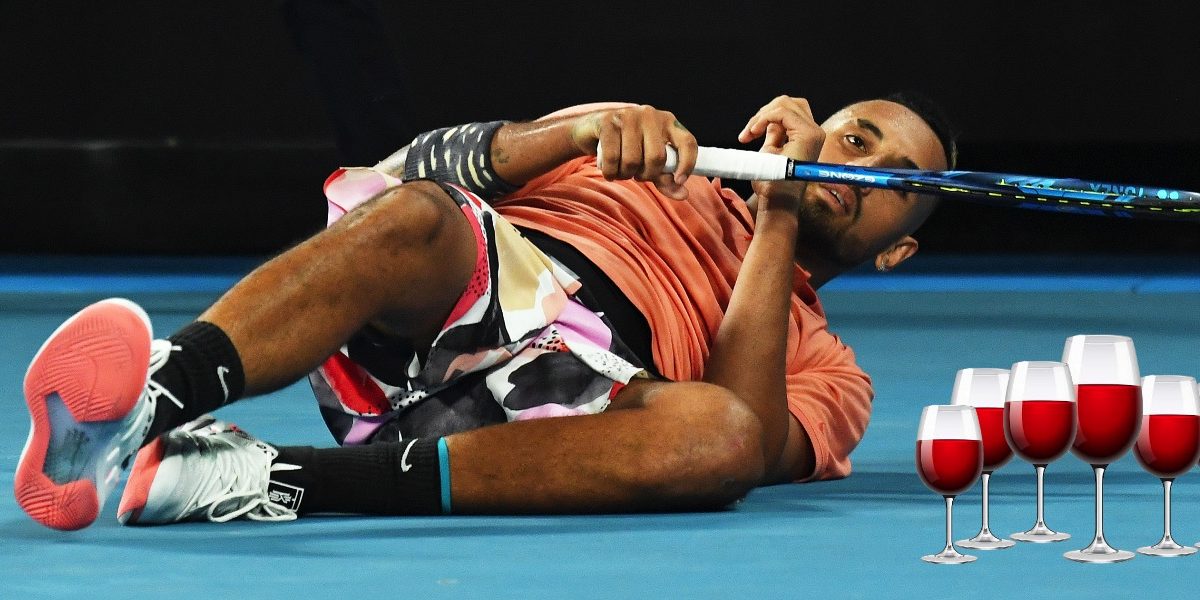 Aussie tennis star Nick Kyrgios admitted having had six glasses of wine before letting off steam in a live Instagram hookup with former World No.1 Andy Murray on Saturday night.

Kyrgios refused to hold back, firing off at Novak Djokovic, Alexander Zverev and Dominic Thiem during the boozy exchange.

Murray was at his home in Surrey, south of London, and set up the 30-minute catch-up.

For Kyrgios it was early Sunday morning at his Canberra, Australia base and he was clearly the worse for wear.

During the online ‘chat’ Kyrgios hailed the Brit as being better than current world No.1 Djokovic.

“I’m not going to make this controversial, but I honestly think you’re better than Djokovic. People are going to take to social media and say ‘nah, Djokovic won this many Slams’,” Kyrgois said.

“But Djokovic was playing dodgeball with my serve, he couldn’t return it and you’re on it and like, ‘I’m slapping it for a winner’.”

Murray then asked him how many glasses of wine he’d drunk.

“About as many games as you gave me at Wimbledon that year, about six,” Kyrgios responded.

Murray then asked Kyrgios why he got more excited playing in team events like the Laver Cup than in grand slams.

“I am there with my best buds, trying to beat some European guys who have no banter, don’t give one-eff about each other and act like they care for one week which pisses me off.

“Let’s be honest, (Stefanos) Tsitsipas and (Alexander) Zverev hate each other, then they are besties all of a sudden.

“Someone like (Dominic) Thiem … I mean I like to get good vibes from trying a new cocktail … he’d prefer to watch paint dry.

“Team World, that is what we are all about man, if you (Murray) came over to Team World we would win.”

The day before Murray had posted pictures of him and his wife Kim celebrating his 33rd birthday.

One photo showed the couple posing with a sushi tray in their kitchen.

“Selfie rookies staring at the picture instead of the camera,” he wrote across it, before adding, “Thanks to Zen Catering for the brilliant food!”