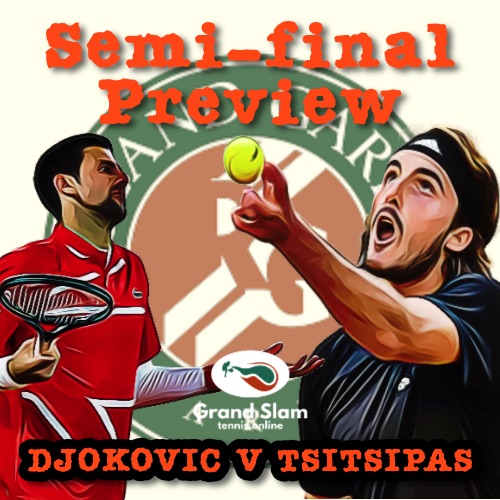 Novak Djokovic’s injury is the key to this tantalising semifinal matchup.

If his shoulder problem is still there, or it gets worse through the early parts of the game, he could lose to Stefanos Tsitsipas.

New York aside, he was in good form, and superb health, until the match with Pablo Carreno Busta on Wednesday.

He won, but the neck/shoulder issues have resurfaced – and why Tsitsipas may think he has a chance.

And this match could go the distance – it’s too close to call – so expect a five set thriller.

The young Greek, has his dad alongside him and is making headlines again. He burst on to the scene in Melbourne two years ago, then slipped off the radar as a genuine contender.

He’s won 15 straight sets one his way to this semifinal spot, including an impressive win over Andrey Rublev.

He will push Djokovic – but does he have enough firepower to beat him?