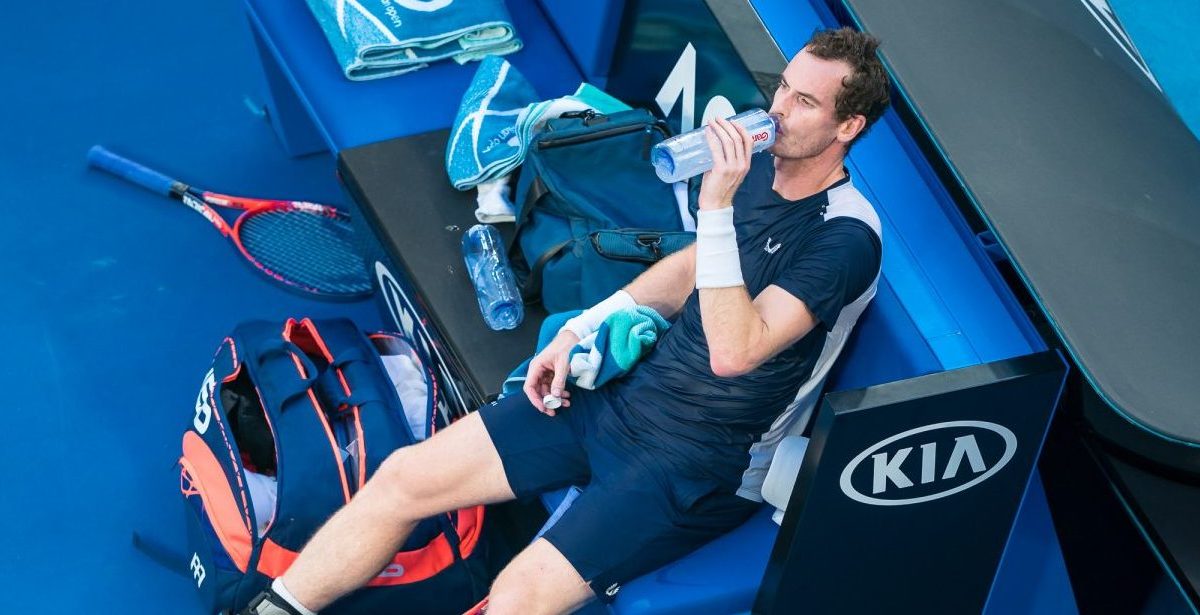 Andy Murray’s bid for a remarkable return to Melbourne and the Australian Open a year after a hip injury forced him to quit the tournament has been dealt a blow with the Scotsman confirming a pelvic injury will not see him return competitively to the courts until February at the earliest.

The  32 year old former World No.1, currently ranked #125 was aiming to play in his first Grand Slam singles event since that Melbourne meltdown 12 months ago, but confirmed over the weekend another setback had forced him to pull out of both the ATP Cup and the first Slam of the 2020 season.

“Unfortunately I’ve had a setback and as a precaution need to work through that before competing,” Murray told the BBC.

“I’ve worked so hard to get myself into a situation where I can play at the top level and I’m gutted I’m not going to be able to play.”

Murray played what many thought might have been his last career Grand Slam at Melbourne Park a year ago, bowing out tearfully in the first round against Roberto Bautista Agut; a few weeks later, he underwent  hip resurfacing  surgery in London and began six months of recovery and rehab.

Murray did not travel to Miami  this week for his winter training schedule, and has not played since Britain’s opening tie at the Davis Cup finals last month.

With the injury still a concern, his team of coach Jamie Delgado, fitness coach Matt Little and physio Shane Annun decided he would not rush back for the start of the new season.

“After the Australian Open earlier this year, when I wasn’t sure whether I’d be able to play again, I was excited about coming back to Australia and giving my best, and that makes this even more disappointing for me,” Murray said.

“I’ve worked so hard to get myself into a situation where I can play at the top level and I’m gutted I’m not going to be able to play in Australia in January,” the three-time Grand Slam winner said.

Following a “life-changing” operation to resurface his hip later earlier this year – in which a metal cap is put over the femur head – allowing him to return to the doubles court last summer, Murray made a competitive comeback in the singles in August, going on to win the Antwerp Open title in October.

Since that victory over Stan Wawrinka, he has only played one singles match – a three-set victory over Dutchman Tallon Griekspoor at the Davis Cup finals.

Murray will not now play a match until February at the earliest, with his first tournament now scheduled to be the Open Sud de France in Montpellier.

The Australian Open runs from January 20 to February 3, while the ATP Cup begins on January 3 and takes place in three cities across Australia –  Sydney, Brisbane and Perth.

Australian Open tennis bosses were floored by the Murray medical decision to not make the Down Under in 2020.

“I know how excited Andy was about coming back to compete in Australia in January, and how disappointed he is not to make it for 2020,” TA Tournament  Director Craig Tiley said.

“Andy’s last match at the Australian Open was a five-set roller coaster that none of us who witnessed it will ever forget.

“His determination and iron will was on display for all to see, and it’s that fighting spirit that has driven him to come back from a potentially career-ending injury to achieve the results he has this year.

“Although we will miss him in January, we wish him all the very best for his recovery and look forward to seeing him back on court very soon.”