Injured Delpo’s dream: a final shot at the Tokyo Games 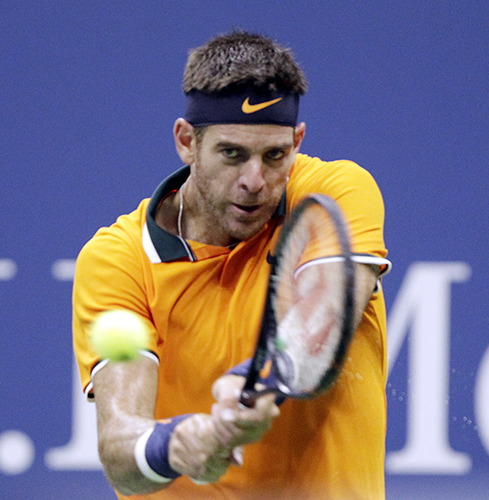 Juan Martin del Potro admits he’s fighting a losing battle with a knee injury that has kept him off the court for nearly two years and cost him three operations.

But the Argentine, appearing at an event at home with national tennis legend Gabriella Sabatini, has named the Tokyo Olympics this summer as his motivational dream.

The 32-year-old last played at Queen’s in June, 2019, but handed in a walkover to Feliciano Lopez in the second round due to his continuing physical problem.

Ever since, he has been on a frustrating round of medical visits in hopes of finding a doctor who can get him back on court.

“The knee is giving me many headaches, but I feel I cannot end my story, I have something more to give,” he told Ola.com

“I want to retire when I want to and do it on the court.”

The 2009 US Open winner whose career-long run of wrist and other injuries began after the biggest win of his career, added:

“I’ve have tried all kinds of treatments, emotionally it is not easy. I hate watching matches on TV, I just want to be on the court.

“I still feel the internal fire necessary to find solutions and compete again.

“To play the Olympics again would be a great prize,” the London 2012 bronze and 2016 Rio silver medal holder said. “I would do it for my sister and my mother.”

Del Potro first injured the knee at the Shanghai Masters in 2018 but struggled on until halfway through the 2019 season.