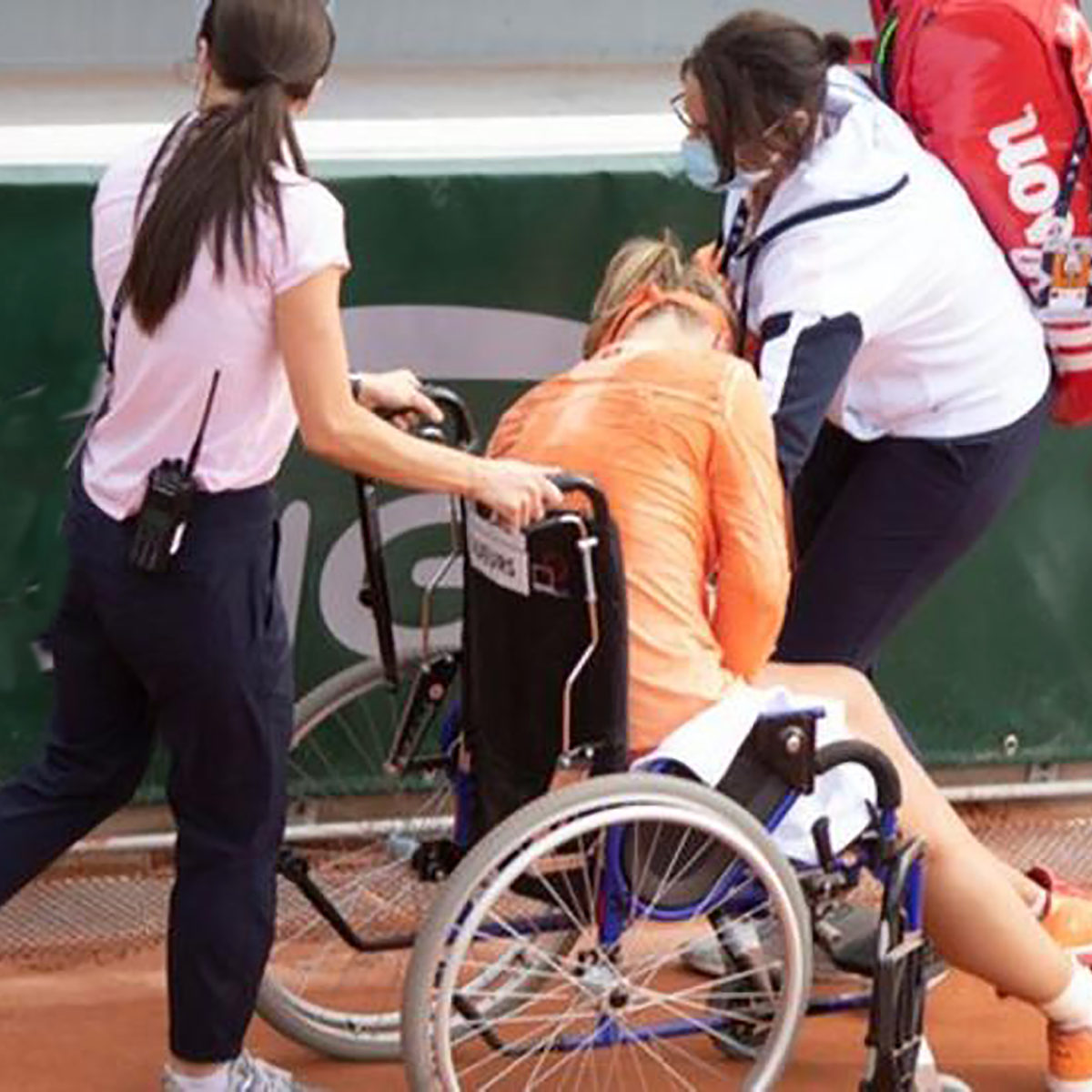 Kiki Bertens won her second-round match 7-6(5), 3-6, 9-7 but left the court wincing in pain in a wheelchair with an apparent left thigh problem after defeating former French Open finalist Sara Errani on Wednesday.

The Italian who finished runner-up here in 2012, served for the match but was unable to close it out.

When Dutch fifth seed Bertens finally clinched victory, she fell on her back on the clay, appearing to be crying as Errani, now 6-0 in the series, walked straight past her off court.

Bertens was later shown being taken off outside Court 7; she momentarily screamed in pain when her left leg was touched by a first aid responder.