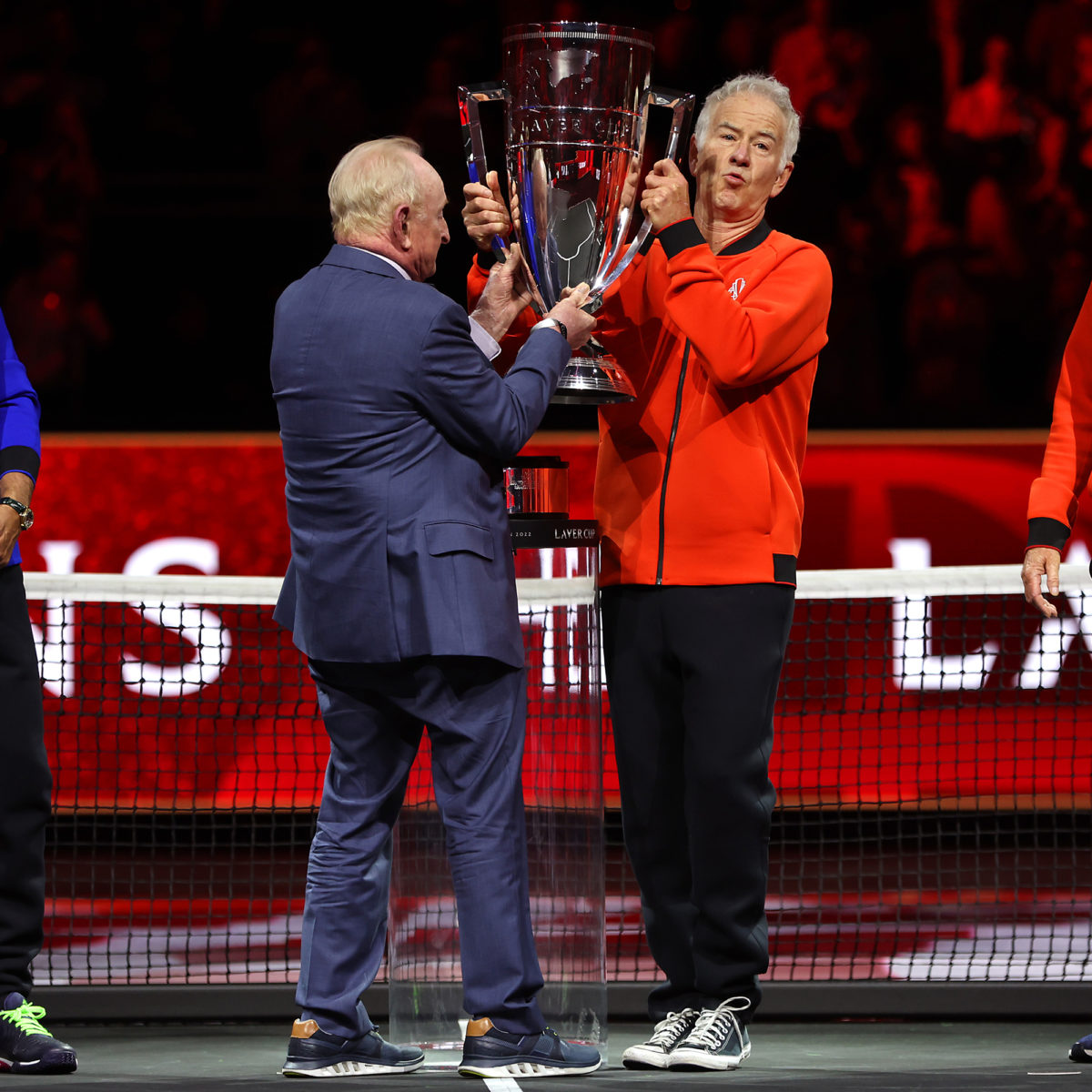 Tennis legend Rod Laver has given compatriot Nick Kyrgios a big tick as a title contender in 2023 based on the Aussie’s Wimbledon final.

Kyrgios buried his rep as one of the top slackers in tennis through a remarkable change in attitude which began with a pair of German grass semi-finals in June and continued onto the All England Club final which he lost to Novak Djokovic.

The ATP No. 20 bulked up his ranking points with a Masters quarter-final in Montreal and reached the last eight at the US Open before heading home after a long tennis trip.

Laver believes the 27-year-old is a changed man, and one who is eager to win.

“It is clear that he has everything it takes to succeed,” Laver told London’s Telegraph last weekend at the Laver Cup where Roger Federer retired from  tennis.

“He has incredible natural talent, he has in his repertoire all the shots that any tennis player could want and he is one of the best servers in the world.

“In addition, he is precise and knows how to play under pressure.”

Laver added: “”It was very exciting to see him in the Wimbledon final, but he was clear that he was not going to win it.

“But it made him see that he can compete against the best.

“Now he just needs to not be afraid of defeat,that he applies himself with force and that he does not win a few games and when things get complicated he loses concentration.”

Kyrgios had hinted that he would pack in his season after the Open in New York, but is now entered in the Tokyo and Basel events next month,

Laver believes that 2023 could be the Aussie’s year if he keeps up his momentum.

“I feel that he will arrive at the big events knowing that he is a candidate for everything.”