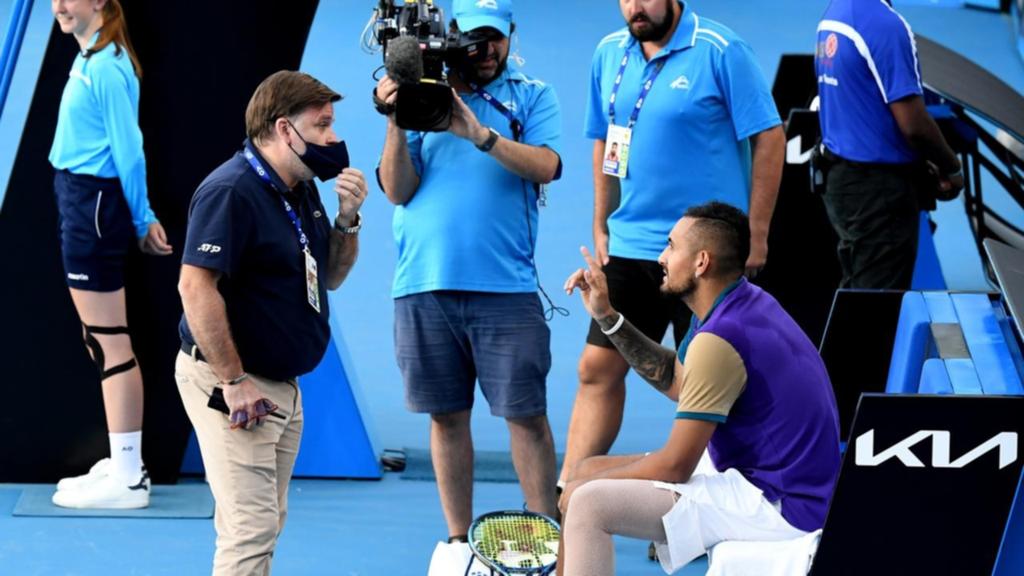 Aussie bad boy Nick Kyrgios was embroiled  in a row with an umpire today and at one point refused to continue his clash with fellow Australian Harry Bourchier.

The Australian was handed a time violation late into the second set of the match because he had to fetch his own towel.

Due to COVID-19 restrictions, ball boys are no longer allowed to take towels to players.

Kyrgios felt aggrieved at the penalty and hit out at the umpire.

When Bourchier suggested they get on with the game Kyrgios responded: “I want to talk about it now, I’ve lost enough money to these peanuts.”

Kyrgios was leading 6-2, 6-5 but he refused to continue the match until he spoke to a supervisor.