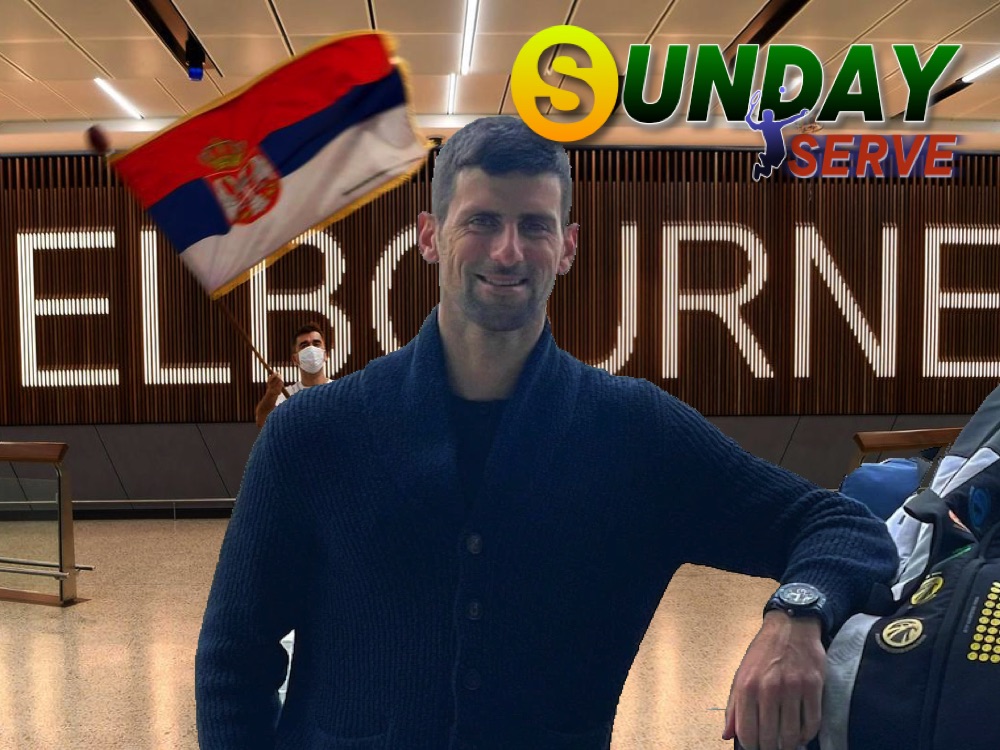 The Serbian tennis star was detained in January over his refusal to be vaccinated against Covid.

He was deported from the country 10 days later.

When Djokovic arrived in Australia in January government rules required anyone entering the country be vaccinated.

He did not meet the requirements for entry so his visa was cancelled and he was automatically banned from entering the country for three years – as is the standard case for anyone lying on their immigration forms – as Djokovic did.

But politics has come into play again in this saga, with a new Labor government eager to overturn any decision made by the previous liberal government – no matter what the outcome.

New Immigration Minister Andrew Giles seems certain to allow the former world No.1 to re-enter the country in January.

New federal opposition Leader Peter Dutton said last week he hoped Novak Djokovic regretted “some elements of his conduct” but added how would not stand in the way of the move to revoke the tennis star’s three-year ban.

“I suspect that in hindsight I hope that Mr Djokovic has some regret about some elements of his conduct and the rest,” Mr Dutton said.

“But the fact is that we’re a couple of years down the track now and it will be good to see him playing great tennis here in Australia.”

Will Djokovic be welcomed with open arms by all? Certainly not.

The partisan, and during this dispute, one-eyed and vociferous local Serb community will – but many believe that because he broke the laws and admitted it, he should have served the full three-year term.

If it it were one of us, that would certainly be the case.

AS we stated two weeks ago, The 2023 WTA Tour will feature no tournaments in China – yet.

The season-ending WTA Finals are supposed to be held in Shenzhen, China, until 2030, but were not held in 2020 because of the COVID-19 pandemic, then moved to Guadalajara, Mexico, in 2021, and to Fort Worth in Texas, this year.

CEO Steve Simon said he doesn’t know where the event will be played in 2023.

“We hope that that´s where we´re going to be,” he said about Shenzhen, “but, obviously, we have some issues to resolve.”

Issues? The Peng Shuai situation has to be resolved and there are still COVID-19 restrictions in China.

NICK Kyrgios was at his best as the showman last week as he and doubles partner Thanasi Kokkinakis produced some vintage tennis at the ATP Tour Finals.

The pair got off to a poor start losing the first set before mounting a comeback to win the match in spectacular style.

In the tiebreak decider opponents Ivan Dodig and Austin Krajicek led 5-1 but Kyrgios and Kokkinakis rallied to win the last nine points of the match to seal victory.

NAOMI Osaka has been named, along with NFL star Tom Brady and NBA player Steph Curry in a lawsuit against the crypto exchange FTX, which filed for bankruptcy last week.

FTX was the third-largest cryptocurrency exchange until it ended up billions in debt.

The company, which was founded by Sam Bankman-Fried, is under investigation by US authorities.

The FTX brand appeared on the side of Mercedes cars and had many high profile endorsements from baseball, NFL and the NBA.

The lawsuit alleges that the endorsements brought instant credibility to FTX and those involved should be held just as culpable as the companies founder.

AND back to bad boy Kyrgios … as he is poised to play mixed doubles with former girlfriend Ajla Tomljanovic at the United Cup next month.

Kyrgios and Tomljanovic will represent Australia at the tournament from December 29 to January 8.

The pair then went their separate ways after Kyrgios was seen leaving a London nightclub with two women.

Tomljanovic, who recently split from Italian Matteo Berrettini, was so mad she deleted him from her Instagram page.

EMMA Raducanu forgot about her on court woes to become the face of Dior in London last week, turning the switch to light up 44 windows of the famous Harrods luxury store.

“Are you ready for tonight? We’ve got big work to do,” Raducanu tells a teddy bear in a promotional video. “I think my job is quite important.

“I’m lighting up 44 windows that Dior have taken over. I think it’s the first time that any brand has ever taken over all of the shop windows at Harrods, so I hope I don’t mess that up.

“I love opening gifts a lot. For me, to be getting ready for an event like this, I really cherish the occasion because so often I’m in sports clothes, I don’t really get the chance to dress up, so when I do I have a lot of fun with it.”

Raducanu will begin her 2023 season in Auckland in January. The Auckland event is set to feature some of the biggest names of the game, including Cori Gauff, Leylah Fernandez and Sloane Stephens.

Serena Williams has been nominated for the 2022 WTA comeback player of the year award.

Has she actually retired?

Williams had a year out with injuries before returning to Wimbledon in June, then the summer swing in the Americas before the US Open, where she played her final event, eventually losing to Ajla Tomljanovic.

Or was it her final act?

It is rumoured she plans to play in Melbourne in January.

More farewell tours than the Eagles.

The pair bought the 1960s-built four-bedroom house near Wimbledon for £1.3million 20 years ago.

They demolished the building and built a six-bedroom Georgian-style mansion in its place.