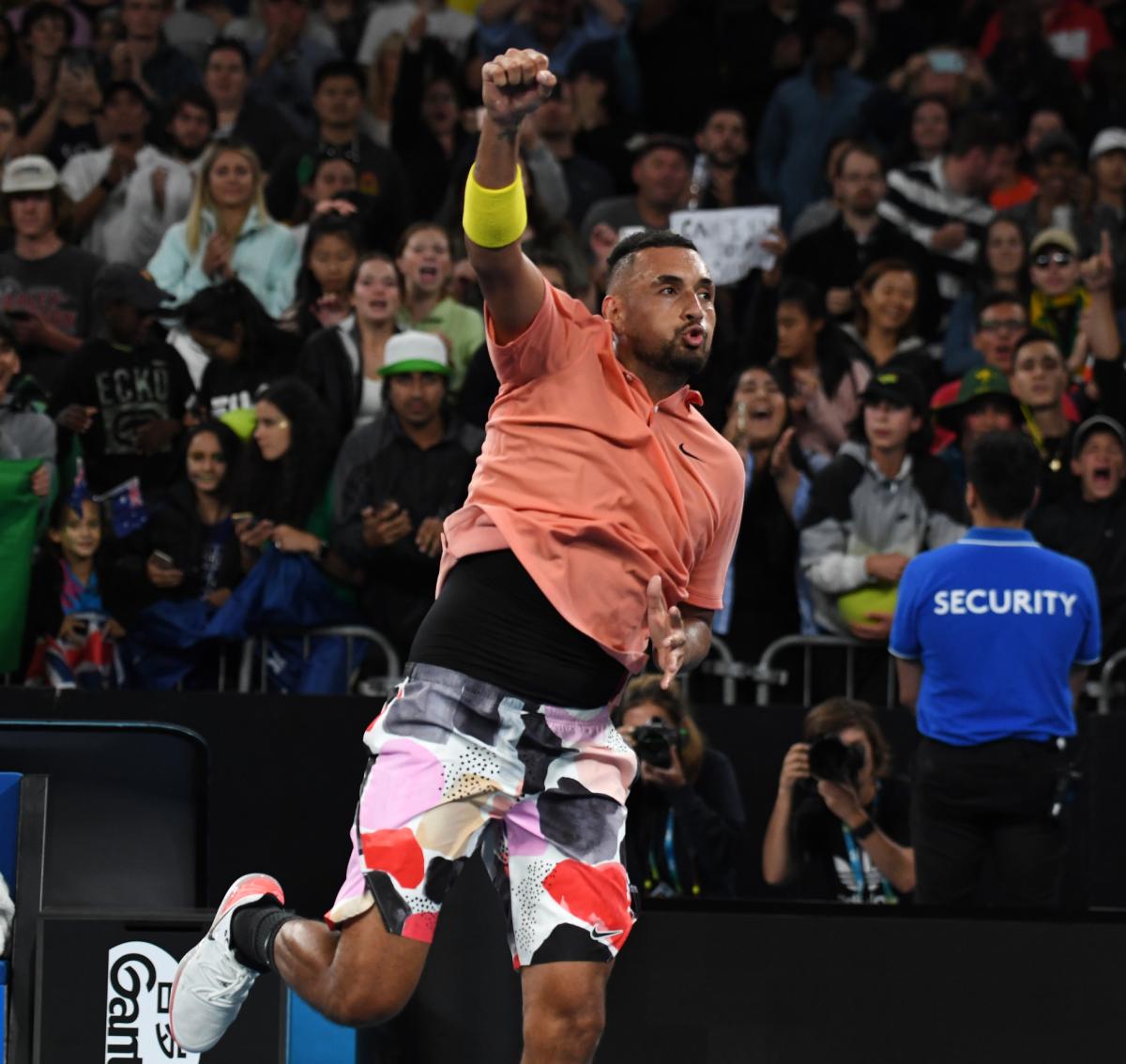 Tennis legend John McEnroe believes it would be a ‘no-brainer’ for him to coach Aussie bad boy Nick Kyrgios.

Kyrgios prefers to be a solo act, but one-time enfant terrible McEnroe says he would be tempted by the idea.

“We’d probably be at each other’s throats within minutes, but it would certainly be tempting,” McEnroe told Sports Sunday.

“Not only with me, it can be with someone else. I’m not the only guy who’s willing and able to do the job.

He just doesn’t seem ready to have a coach. First of all, he’s got to be ready to want to do it.

McEnroe said Kyrgios had many challenges and he needed to master his ‘mental game’ to become a real winner.

“He just doesn’t seem ready to have a coach. First of all, he’s got to be ready to want to do it,” McEnroe said.

“It’s been difficult for him to understand what it takes to bring out the best in himself consistently.

“As we all know, for people who are around sports and are athletes, it’s not just about how much talent you have, it’s about how much fortitude you have mentally and what type of fitness you put yourself in mentally as well as physically and how deep you’re willing to get. How far will you go to get the win and do what it takes?

“He should have won some already if he had been able to keep his mind on the job.

“We’ve had these discussions many times, I don’t know if he’ll be able to do it, I hope he does, because I happen to like him and it would be great for the game if he did.”

McEnroe has consistently labelled the Aussie as the most talented player outside of Federer, Nadal and Djokovic.

Will he get a call from Canberra? Watch this space.