Ice-cold Alex too quick for Pospisil 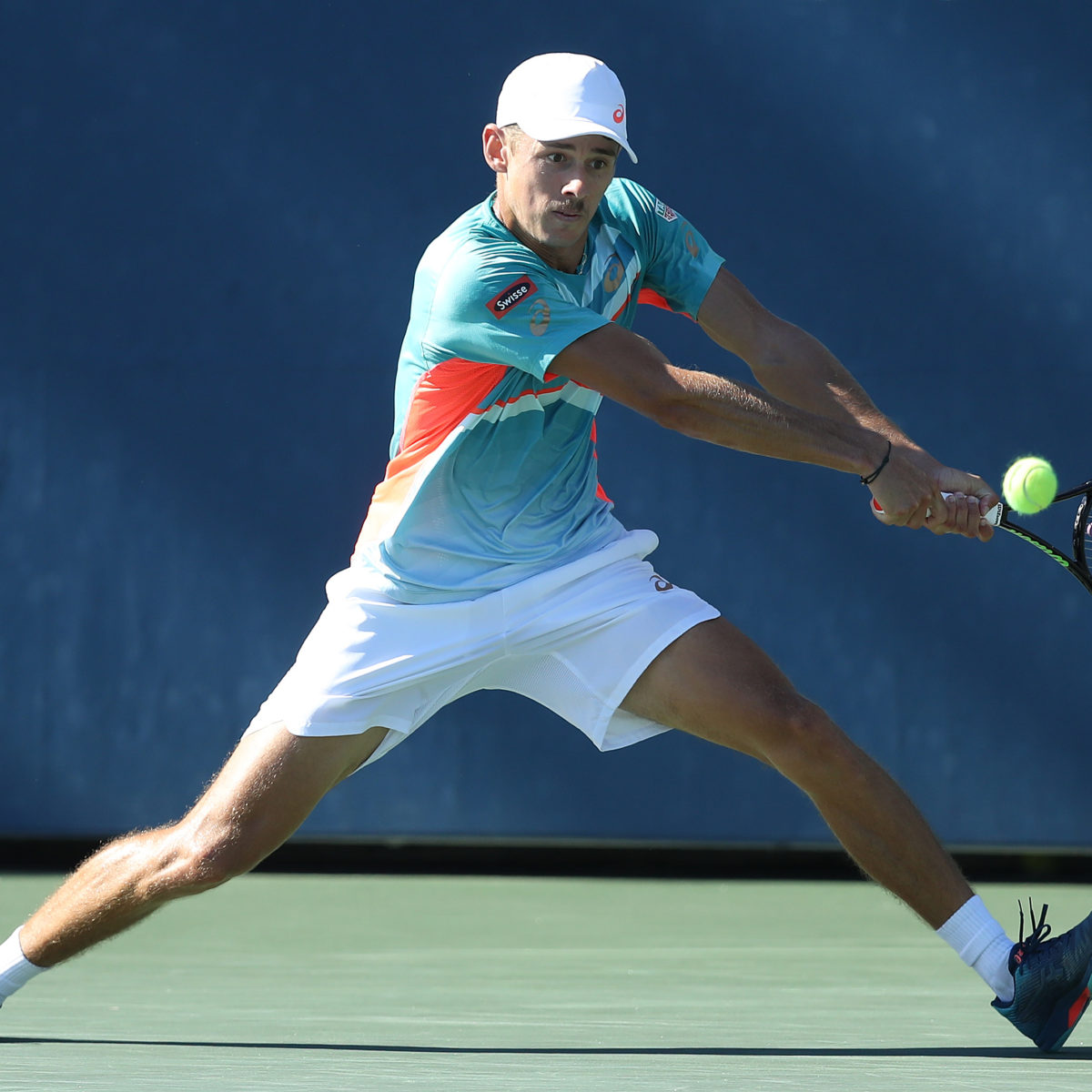 De Minaur, 21, who will now meet Dominic Thiem, has every chance of progressing after this impressive performance.

But the opening set could have gone either way as both players pushed and probed for a break.

Pospisil looked favourite, after going 6-2 up in the tiebreak, but De Minaur then grabbed the next six points to take the set.

“That first set was crucial,” a tired but delighted De Minaur said after the match.

“I think it was just a couple of things going his way and then my way.

“I went down 6-2 but I don’t think I played a bad tiebreak I was just unlucky here and there.

“I just tried to stay calm, do my thing.”

That comeback proved decisive for the young Aussie, as his opponent had no answer to his powerful play and his speed, something Pospisil noted.

“He’s very quick and what’s most impressive is he never breathes. He runs side to side and he’s never out of breath. He defies the laws of biology,” Pospisil said.

“It’s pretty impressive. He’s definitely a freak of nature and he’s extremely fit, never gets tired, runs side to side incredibly fast.”

His opponent in the quarters, Thiem, also noted his fitness and speed.

“He’s definitely one of the fastest players on Tour, but I think that he also is moving not only super fast, but also very accurately,” Thiem said.

“That’s what makes his movement even better.”