I only have myself to blame for poor start: Nadal 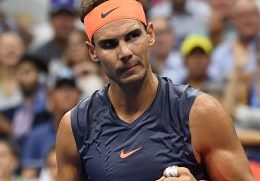 Grand Slam champion talks about how her overcame a sluggish start to his quarter-final clash with Dominic Thiem to win an epic encounter at Flushing Meadows.

Rafael Nadal had only himself to blame after dropping the first set of his US Open quarter-final to dangerous rival Dominic Thiem – and the Spaniard immediately looked to himself to find a solution to victory. 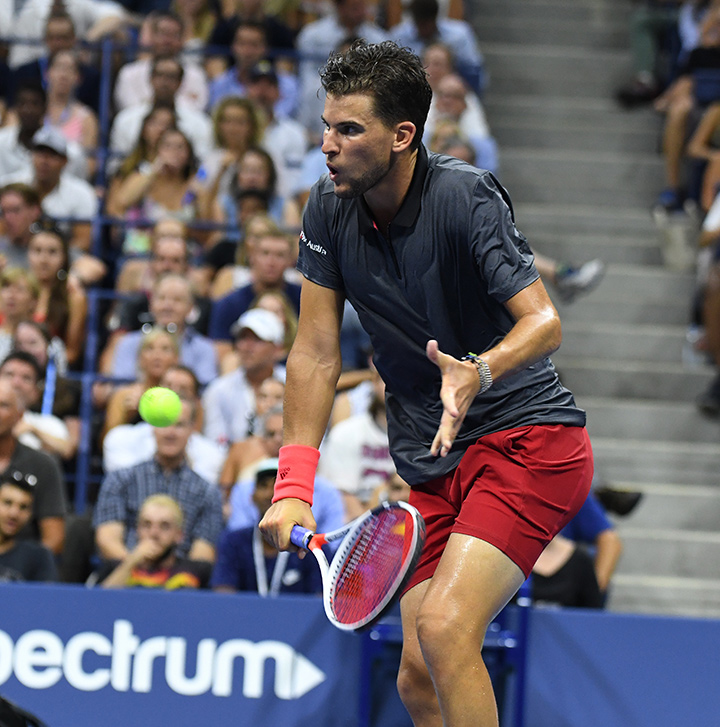 Nadal has never been one to blame his equipment or the conditions for his failure to dominate. He needed to make a quick analysis after dropping the opening set in 24 minutes – only the fourth time at a Grand Slam that he’s been handed a so-called “bagel”.

“It was just about my negative level in the beginning of the match. I needed to move forward, to change that dynamic, and I did.

“But the first step to change that dynamic is not find an excuse on the racquet or on the string or on something that is not the true.” 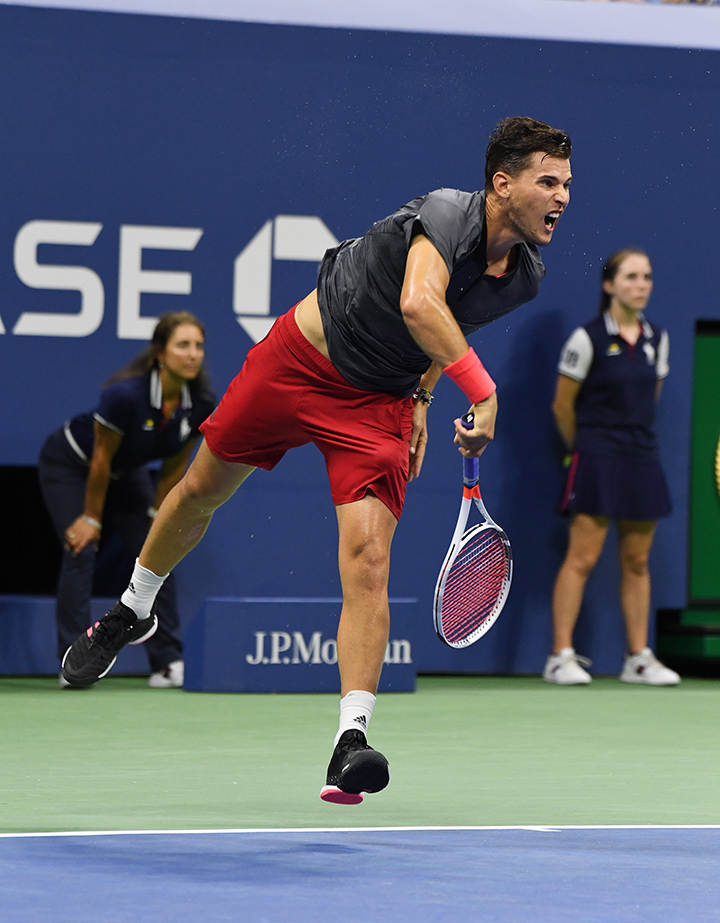 The 32 year-old labelled himself as his biggest critic.

“I am a critic with myself – I did a very bad set.

“He played well. When was 4-0, the only thing that was in my mind was, ‘Okay, finish that set and just try to be ready for the beginning of the next.'”

Nadal was able to fight through in five sets in a good-natured but draining contest with the man he beat in June for the Roland Garros title and who is considered a major threat on clay.

The Open battle was the first time in 11 matches that the paid had played on anything except red dirt.

Nadal said that the drama factor in the post-midnight conclusion was high, though the timing was not especially convenient.

“What is important about this match is the level of tennis. When the things happens like this, the atmosphere and the crowd became more special. People get involved.

“It was a great match, great atmosphere there. I was happy to be part of it. But not because it’s 3 in the morning. I am not happy about this.”

The Spaniard said that he is just happy to be fit and playing consistently as the final phase of the 2018 season approaches, pleased that he has been able to compete in all four of the Grand Slams for a second consecutive season.

“In 2012, I had half year injured, and I didn’t play Australia at all. I missed Wimbledon because I was destroyed with the knee. After that I didn’t play until Vina del Mar 2013. 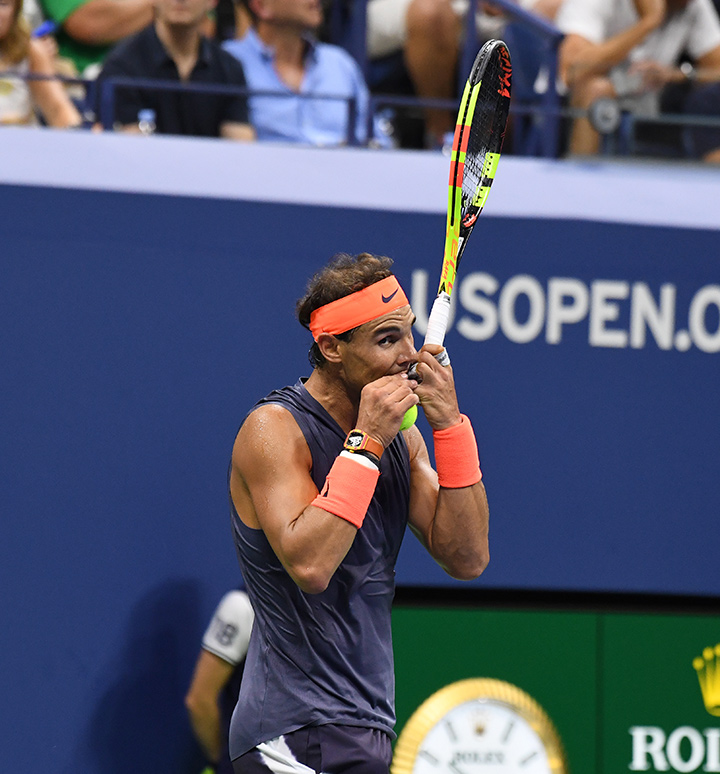 “It’s the history of my career, I’m sure that I missed more Grand Slams in my career comparing to the other top players.

“But happy for that. This is a great result, especially at this stage in my career. I’m just happy with the things that I am doing, the way I’m working. Just try to focus and keep going the same way.” 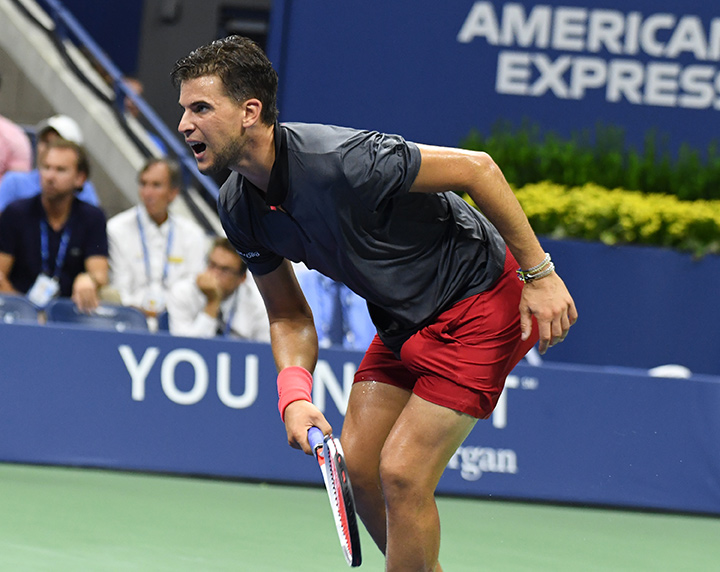 For Austrian Thiem, it was a matter of what night have been.

“I’m going to remember this match, for sure, (that shot)  is  going to be stuck in my mind forever,” Thiem said.

“Tennis is cruel sometimes, this match didn’t really deserve a loser. But there has to be one.

“If we skip the first set, it was a really open match from beginning to the end. The way it ended up in the fifth set tiebreaker, from there it’s 50-50. He made one more point than me.”

2010 and 2013 Open champion Nadal stands 11-5 over Juan Martin Del Potro, with the high-octane pair facing off for the third tie this season at a major. Nadal won both previous meetings at the French Open semi-finals and Wimbledon quarter-finals. 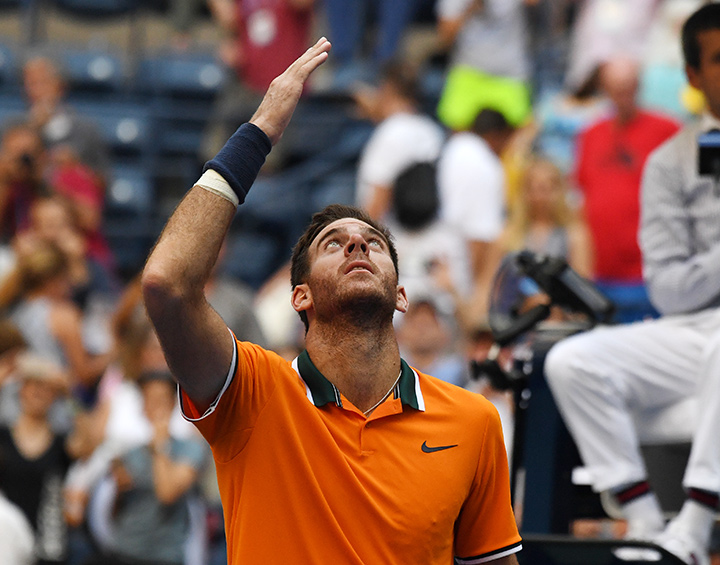 Del Potro battled through send John Isner back home to his expectant wife as the Argentine reached the final four at the Grand Slam he won nine years ago.

But during a 10-minute heat pause at the end of a the third set, the Argentine who was allowed along with his opponent back to the locker room for a brief break confessed he found it tough to return to the court and play on in 37 Celsius conditions.

“I had a shower, lay on the table and I didn’t want to come back again – it was too hot for tennis.”

The battle of big men suffered, with Isner changing shirts 11 times at his seat:  “I weigh a lot and I sweat a lot. It takes its toll on bigger guys. I can tell you I lost a lot of weight out there.”

Isner ‘s 26-ace performance set a record as the first American to get this far at home since Andy Roddick in 2006.

Del Potro entered the New York semis for a third time; he beat Roger Federer for his lone Grand Slam title here in 2009. 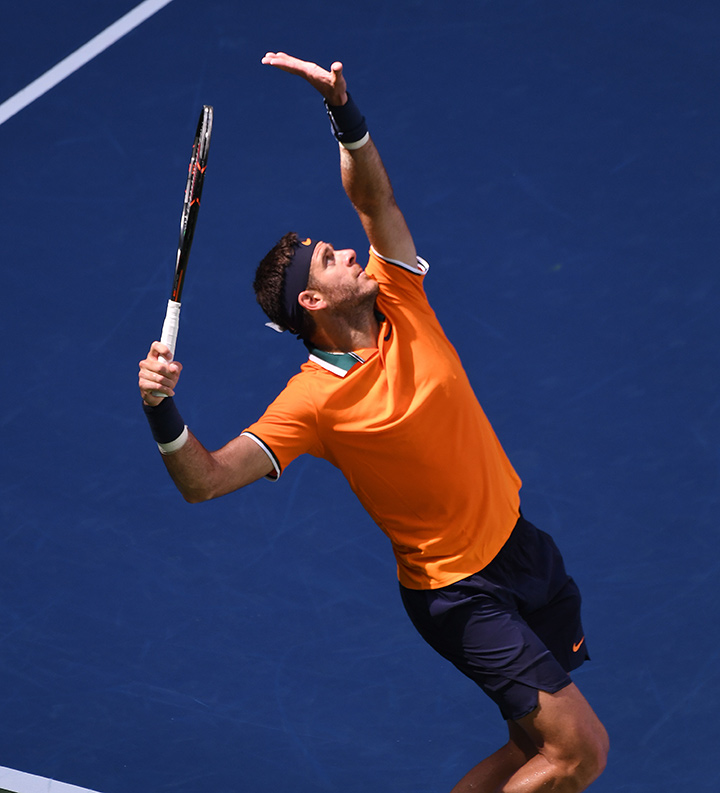 “I played very solid this game, in particular I had good returns every service game,” the 29-year-old South American said, “I saw John a little bit tired also. That’s give me a little bit more energy to keep trying.

““It was like an epic match. We both felt tired in the end, we both fight the whole match. I think I survive with my serve in the important moments in the match.”

“To reach another semi-finals in this Grand Slam, which means something big to me.”