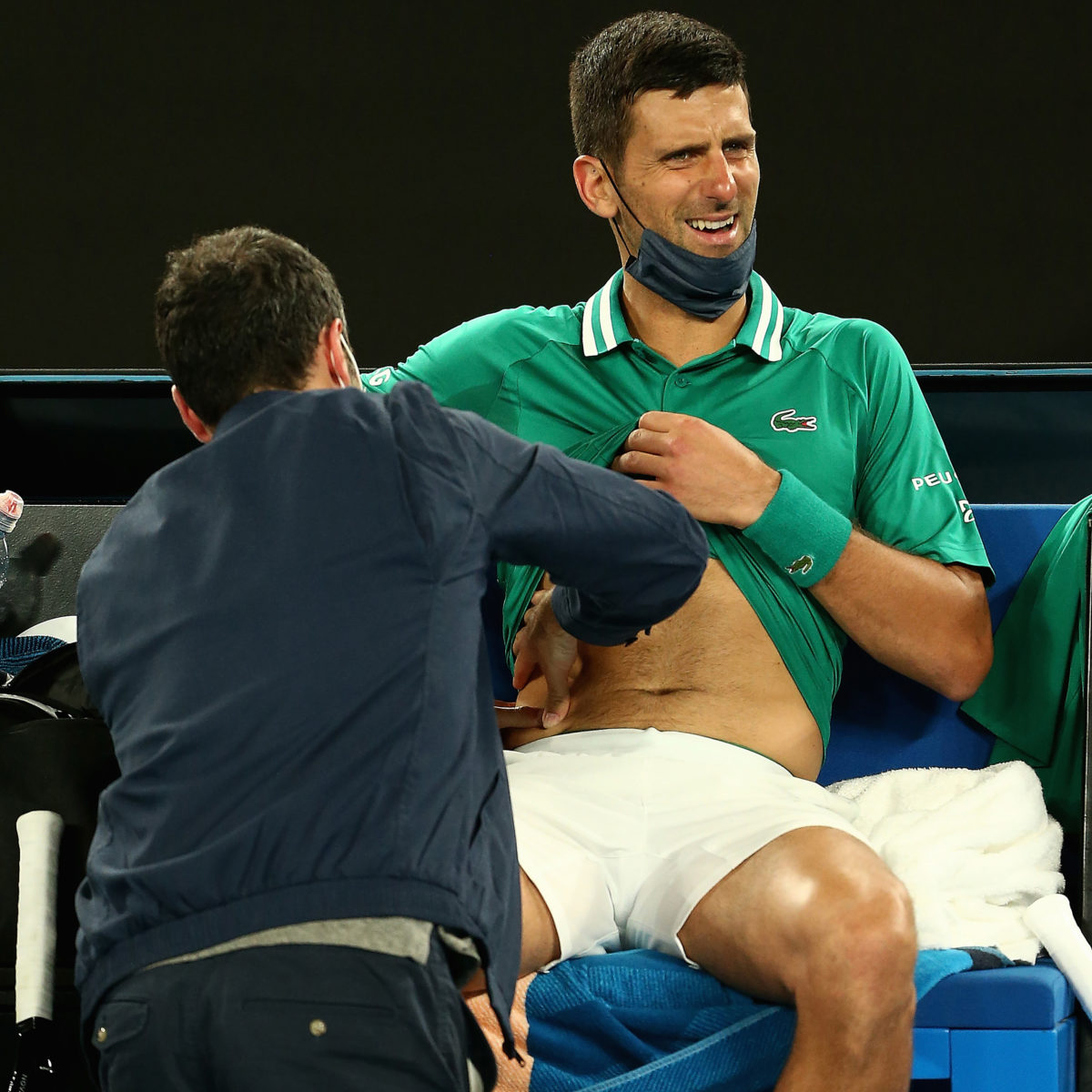 Novak Djokovic has admitted he came to quitting the Australian Open late on Friday night with a stomach muscle injury.

Djokovic said he was in distress when he called for the trainer in agony in the third set of his match with Taylor Fritz.

“I knew right away that something not so great was happening,” he said.

“I don’t want to talk about the intensity or the level of injury and pain; it’s not going to matter much because people don’t understand what you go through on the court.”

“But the way it felt definitely at the beginning of that third set when I got my first medical time-out, I was debating really strongly in my head to retire because I couldn’t move, I couldn’t rotate, I couldn’t return.”

The defending champion said he hoped to line up in tomorrow’s fourth round match with Canadian Milos Raonic.

Wnen asked by Eurosport commentator Mats Wilander if he would be fit, he replied “Let’s see…

“I don’t have a great experience with (muscle) tears in terms of continuing in tournaments so it’s kind of in the clouds for me at the moment whether I’m going to step out on the court in two days.

“I’m a bit worried because I don’t know what’s going on. I think it’s a tear … Hopefully, god willing, I’ll be able to play.”