I deserve No.1 spot: Barty defends her top ranking 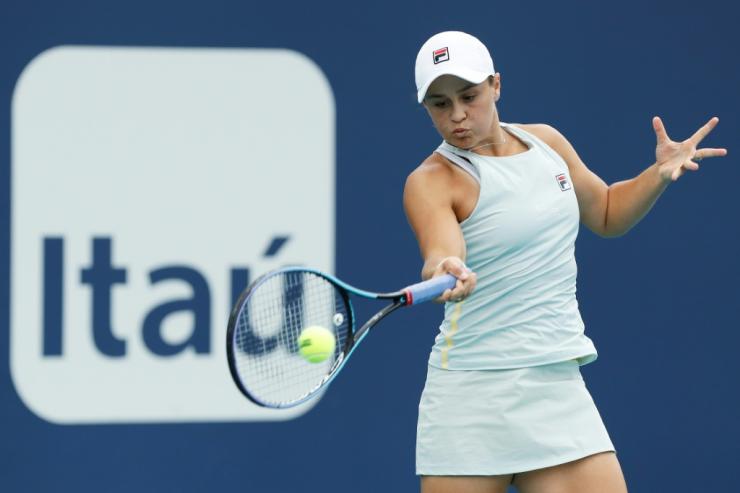 Ash Barty insisted she deserves the world No.1 spot after after beating Canada’s Bianca Andreescu in Miami on Saturday.

Barty eased to a 6-3, 4-0 victory over Andreescu, who retired with a foot injury in the second set.

The Australian has faced critical comments from other players over her continued presence in the top spot.

“I never have to prove anything to anyone,” Barty said after her win. “I know all the work that I do with my team behind the scenes.

“I know there has been a lot of talk about the ranking, but I didn’t play at all last year and I didn’t improve any of my points whatsoever.

“Yes, I didn’t drop, but I didn’t improve any. I didn’t play any at all. There were girls who had the chance to improve theirs, so I felt like I thoroughly deserve my spot at the top of the rankings.”

Barty has held the No.1 ranking since September of 2019, despite missing the US and French Opens in 2020 to remain in Australia beach of the Covid-19 pandemic.

“The year we had in 2019 was incredible, incredible for us, and, you know, to be able to build on that now since the restart for us has been great,” Barty added.

“We come out here and do the best that we can regardless of what anyone is saying. So I never feel like I have to prove anything to anyone.”