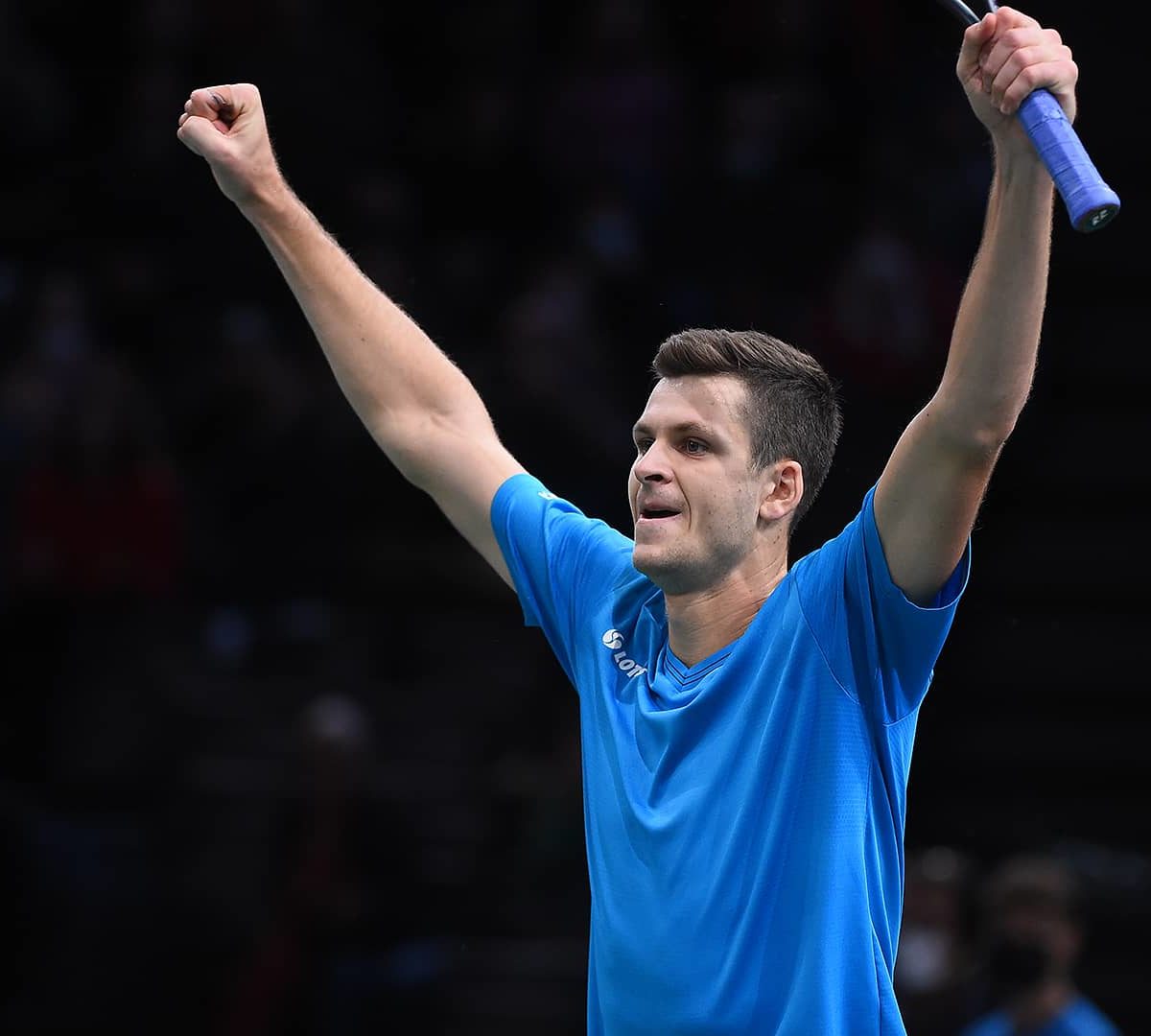 Hubert Hurkacz squeezed out a 6-2, 6-7(4), 7-5 win over Australian James Duckworth on Friday at the Paris Bercy Masters to wrap up qualification for the ATP Finals.

The  quarter-final success on the indoor hardcourt makes Hurkacz the second player from Poland to reach the concluding stage in ATP history after 1976 runner-up Wojtek Fibak.

Hurkacz made a claim to fame at Wimbledon when he beat Roger Federer in the quarters.

“It feels incredible,” Hurkacz said. “Obviously, going to Turin is a dream.

“Growing up as a kid, seeing all those top guys playing in the Finals, it’s inspiring. Now being among them.

“It’s very special because it’s just eight spots there, so it’s not that easy to get there.”

Play begins in Turin a week from Sunday.

“James plays excellent tennis,” the winner added. “It was tough, especially in the second and third sets.

“But in the back of my mind, I had the pressure to win today; that’s what pushed me to do my best.”

Andrea Gaudenzi, ATP Chairman, said: “Congratulations to all players at this year’s Nitto ATP Finals. Competition on the Tour is fierce and to be standing amongst the top 8 at the end of the season is a phenomenal achievement. We look forward to a high-energy and action-packed season finale in Turin.”