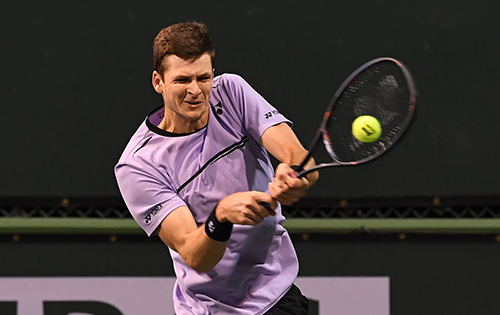 Hubert Hurkacz said he stayed positive while trailing badly to knock off second seed Stefanos Tsitsipas in the quarter-finals of the Miami Masters on Thursday.

The challenger rallied from a set and a break down, landing a winner to break the Greek seed for 3-2 in the second set and taking control from that point on against a disappointed and unsure opponent.

“Early in the match I was missing shots that I was not happy about,” Hurkacz said. “I knew if I made the right decisions at the right time I would have a chance.”

This year’s ATP champion in nearby Delray Beach added: “I’ve tried to keep building and improving my game..

“You won’t always have the results you want but stay positive and the results will eventually come.

“I believed in myself, that was important. This was one of my best results – it was really big for me.”