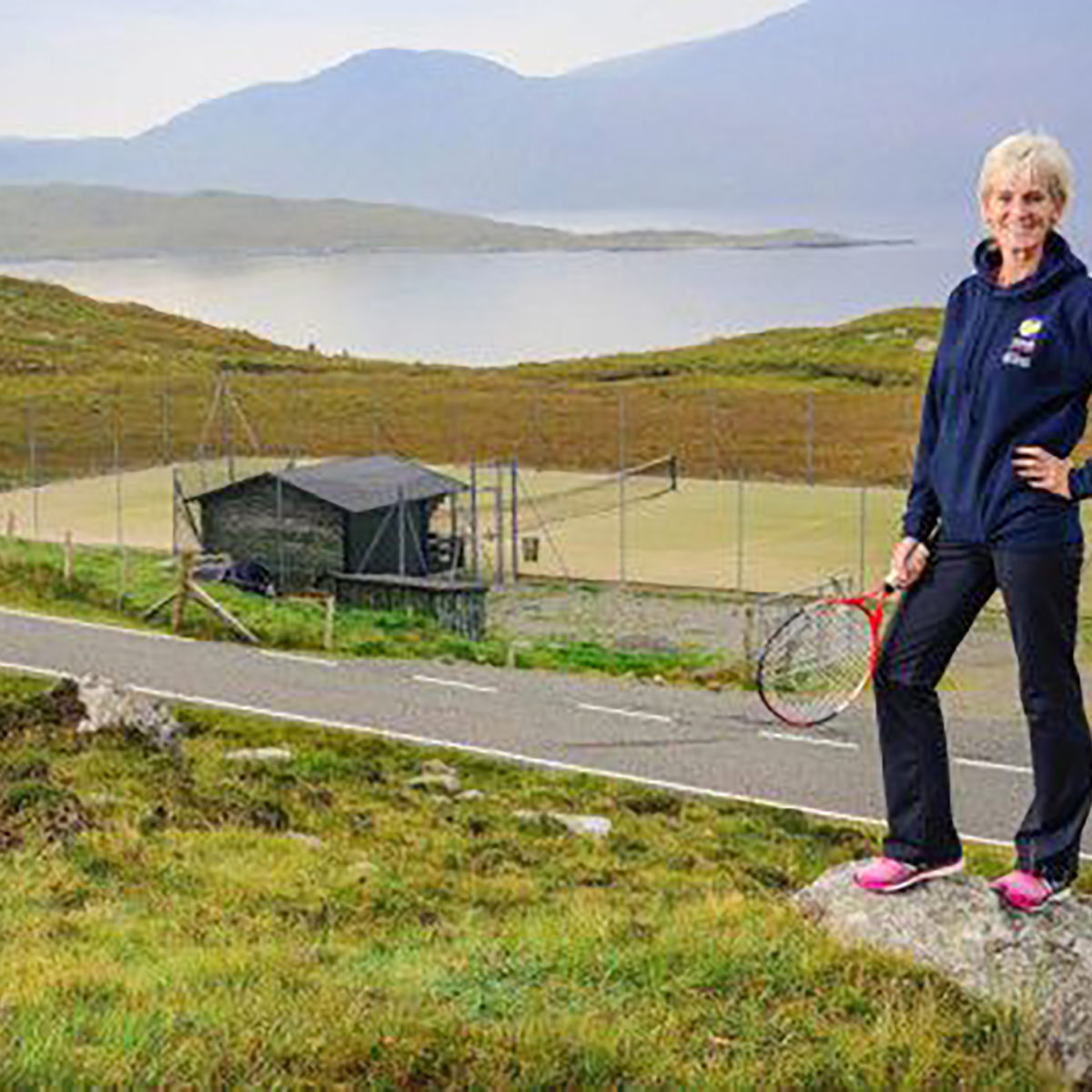 Andy Murray has revealed his dream of one day returning to his long-ago Scottish roots, with the Surrey-based former No. 1 keen to visit the country’s most outlying tennis court.

The 33-year-old has his eye on a possible trip to the Outer Hebrides island of Harris, located off the northwest Scottish coast around 450 km from Edinburgh.

“I’ve always been intrigued by the Outer Hebrides and some of the isles in the north,” the three-time Grand Slam winner told Scotland magazine.

“I’d love to check out the Isle of Harris, it’s supposed to be incredible; they have a tennis court, which they say is the most remote in the world, and it looks spectacular.”

The court in question boasts views over a loch (lake or sea inlet) and was constructed in 1998 with funds from a local campaign; it is open for play by the public.

Harris has a population of 2,000, with the lonely court attracting its share of tennis tourists – one of which has been Murray’s well-known mum Judy.

From his mansion in the leafy green stockbroker belt south of London, the millionaire player has expressed a longing to more closely examine his heritage after growing up in the Scottish village of Dunblane but leaving as a teenager at age 14 to continue his tenis education in Spain.

“I rarely get the chance to venture back to Scotland. However, whenever I do get the chance, I like to go up and visit my family in Dunblane,” Murray told the magazine.

“Both my parents still live in the area and it’s always nice to be back. Call me biased but Dunblane and the surrounding area really is a hidden gem.”