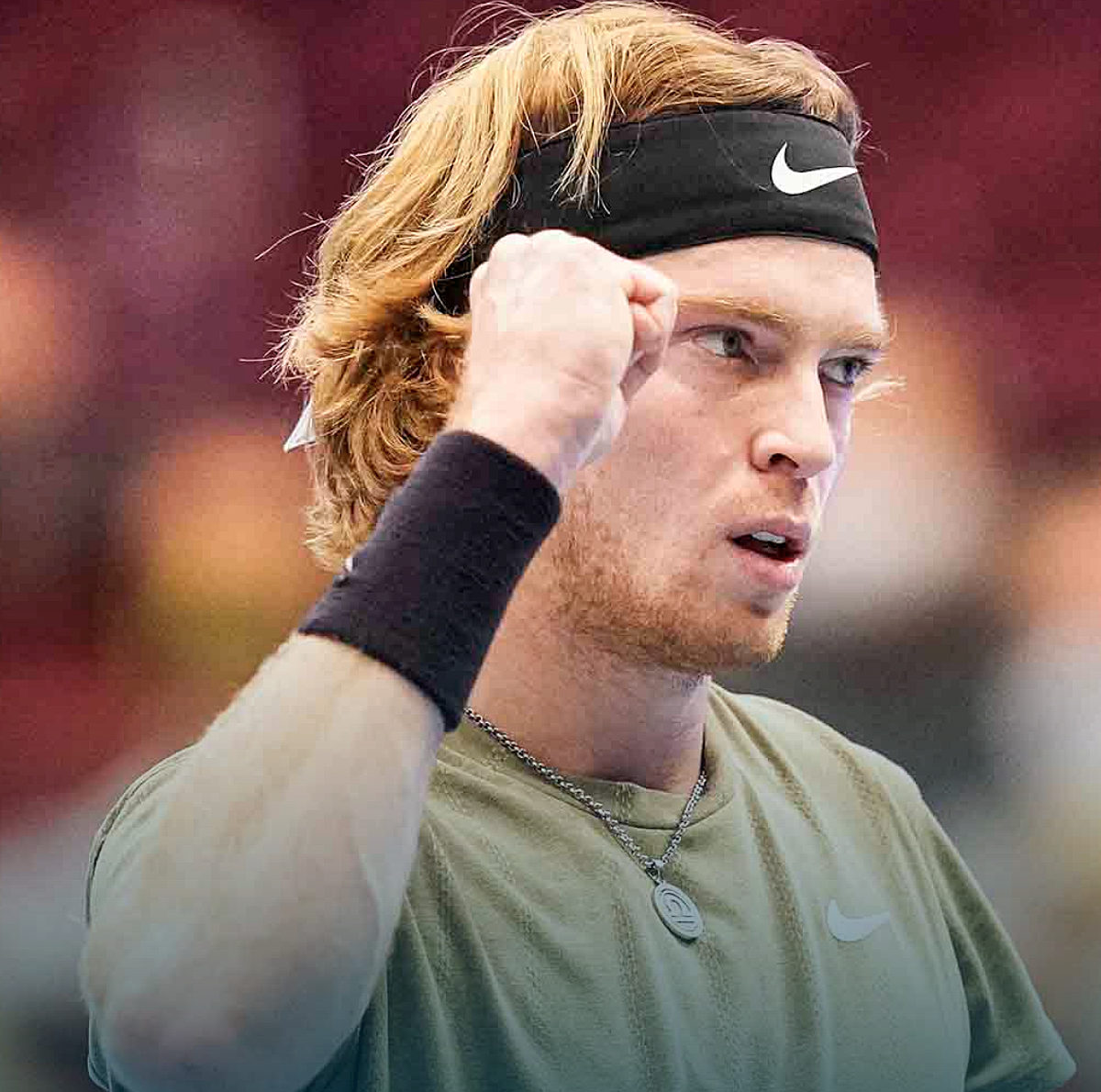 Red-hot Russian Andrey Rublev ran down Vienna native Dominic Thiem 7-6(5), 6-2 on Friday to extend his winning streak to 13 matches as he grabbed a place in the semi-finals of the ATP event in the Austrian capital.

The No. 8 who is fighting to maintain the last qualifying spot for the eight-man ATP Finals from November 15 in London, is facing a challenge from Diego Schwartzman.

Thiem, the defending champion, was unable to profit from either of the two break points he earned against one of this season’s most consistent young players.

The Austrian complained about trouble with his foot in a match played in front of  a virus-limited 1,000 spectators.

“Today I was lucky that Dominic had some problems with his foot,” the winner said. “This wasn’t our best match.

“I hope he recovers quickly and well for Paris (next week) and London,”

Rublev, with four titles in 2020, is leading the field alongside Vienna top seed Novak Djokovic in that statistical category.

It took just 94 minutes for the 23-year-old to win his 37th match of the season against seven defeats; he trails Djokivic’s 39-2 by a small margin.

Rublev has been on an autumn tear after tennis returned from four months of COVID-19 lockdown; he is bidding for a third straight trophy at the ATP 500 level after wins at Hamburg and St. Petersburg.

He will be playing his fifth semi of the season and has yet to lose one.

Thiem has won his last 11 matches in Austria, but had few chances against Rublev.

The Russian will take on Kevin Anderson in the semi-finals after the South African showed that his form is returning with a knockout of fourth seed Daniil Medvedev 6-4, 7-6(5).

The 34-year-old Anderson, who stands 111th, has been through several seasons of knee injuries. He last reached the final four on the ATP nearly two years ago at Pune, India, at the start of 2019.

The one-time No. 5 won the Vienna trophy in his last appearance here in 2018; his previous victory over a Top 10 opponent – Medvedev stands sixth – came at the ATP Finals in London, November, 2018.

”I love playing here, I have good memories from playing a couple of years ago,” Anderson said.

“I was very disappointed not to be able to come back last year, but I am happy to be back here playing great tennis.

Anderson was out-aced 10 to nine by his opponent in the 91-minutes quarter-final. The South African won his ninth match of the season, with eight defeats.

Anderson advanced on the first of three match points on a Medvedev backhand error.