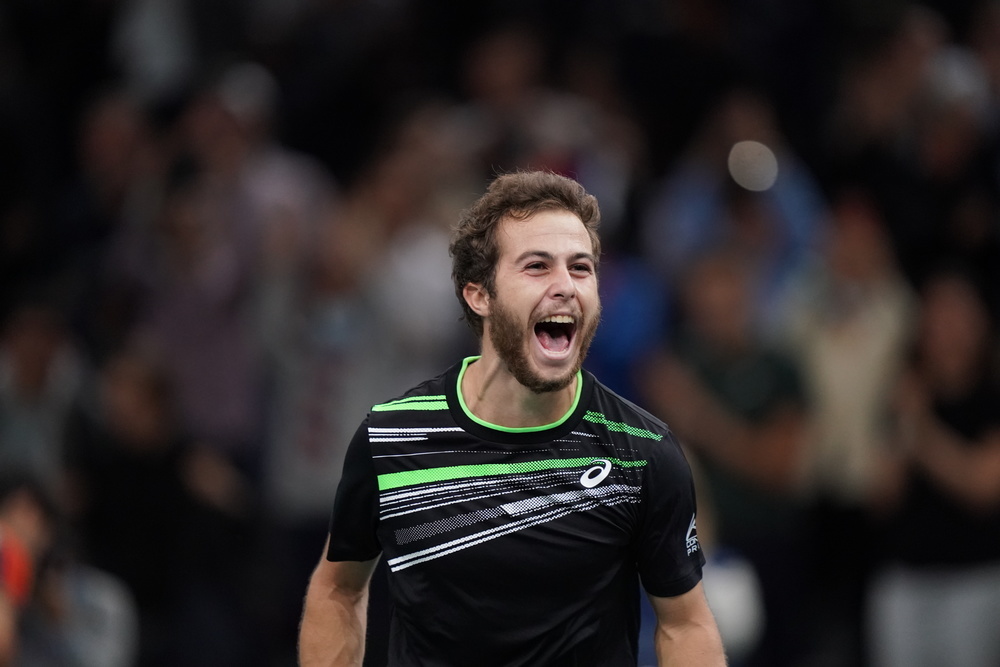 “I was drifting off at that point, and he started to have a letdown, as well,” Gaston said after the match.

“He made a lot of mistakes, because I managed to have fast balls, slow balls, to have high balls. He started to lose his groove, and I stayed focused. This is why I managed to overturn the match in my favour.”

Gaston had battled to take the first set as his ‘unique’ left hand play upset the teenager, but the atmosphere jumped another level as Gaston’s incredible comeback began.

“The atmosphere was incredible,” he said.

“Honestly, I have been playing tennis for this. It was actually incredible. It was really wonderful to live this match with them.

“I actually won because they supported me from beginning to the end even when I had a letdown during the first or the second set, they were always cheering me. It’s incredible to have such a great public.”