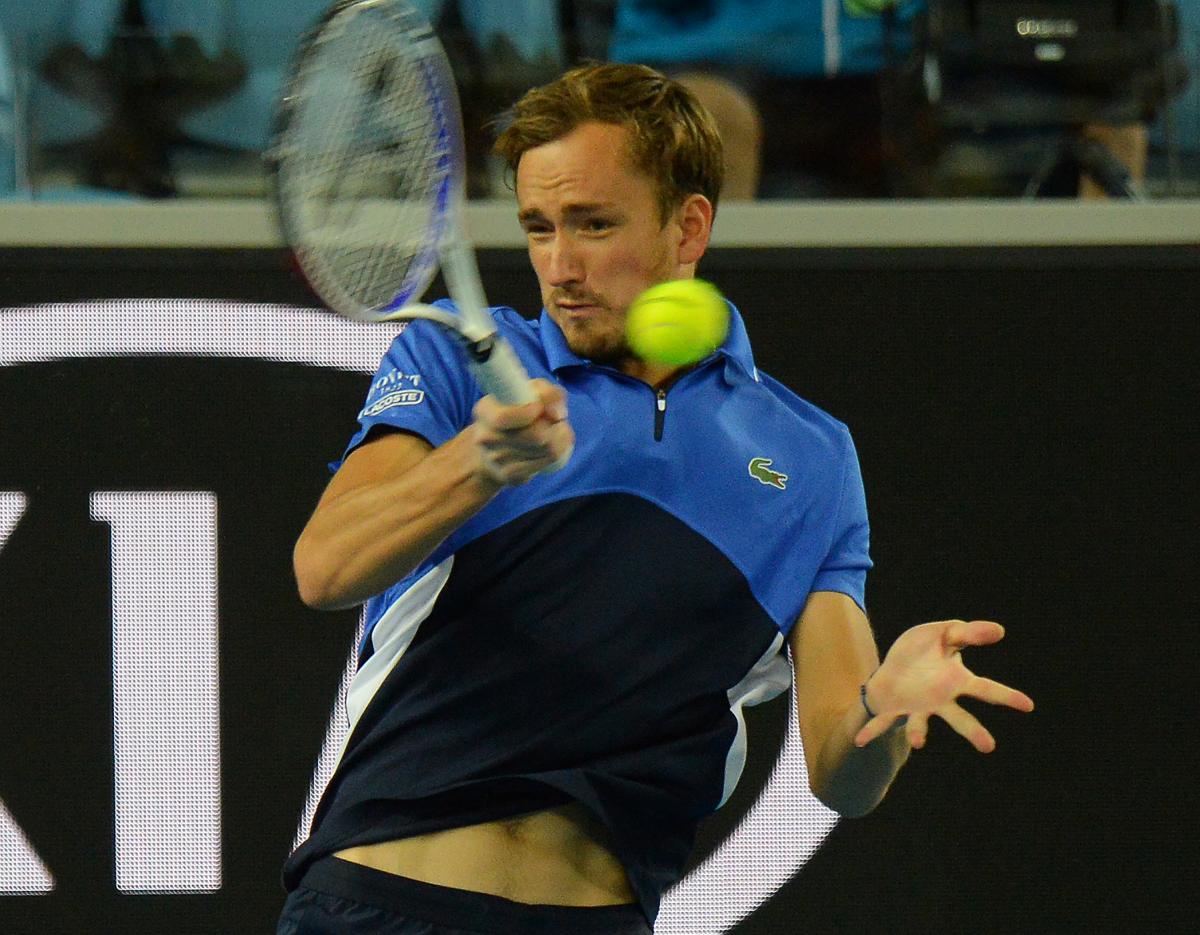 Defending champion Daniil Medvedev kept his cool amid a mini-meltdown from frustrated opponent Aljaz Bedene to reach the quarter-finals at the “Cincinnati” Masters on Tuesday.

The Slovene qualifier let his temper momentarily take charge during the second set of his loss to the third seed 6-3, 6-3 in 68 minutes. The tournament is being played in an isolation bubble in New York without fans due to COVID-19 fears.

Leading 6-3, 2-1, 30-15 on the Bedene serve, Medvedev won the following point and Bedene- frustrated after hitting a forehand into the net – tapped away a ball from the ball-boy.

The gesture went out of control, with the ball heading toward the back fence but flew higher than intended and hit a cameraman on the arm.

The incident was a milder version of an infraction a quarter of a century ago by Tim Henman, who was DQ’d from Wimbledon for accidentally striking a ballgirl with an errant ball fired in anger.

Medvedev, the US Open finalist last year against Rafael Nadal, was not distracted from his winning trajectory as the Russian moved into the last eight of the event which wraps up on Friday.

“I returned much better than yesterday and was more solid,” the winner said.

“To win by this score and quite easily against Aljaz is a big challenge. I got used to the conditions better today.

“It wasn’t easy for him as it was already his sixth match and I just took my chances. I don’t feel the courts are extra fast this year.”