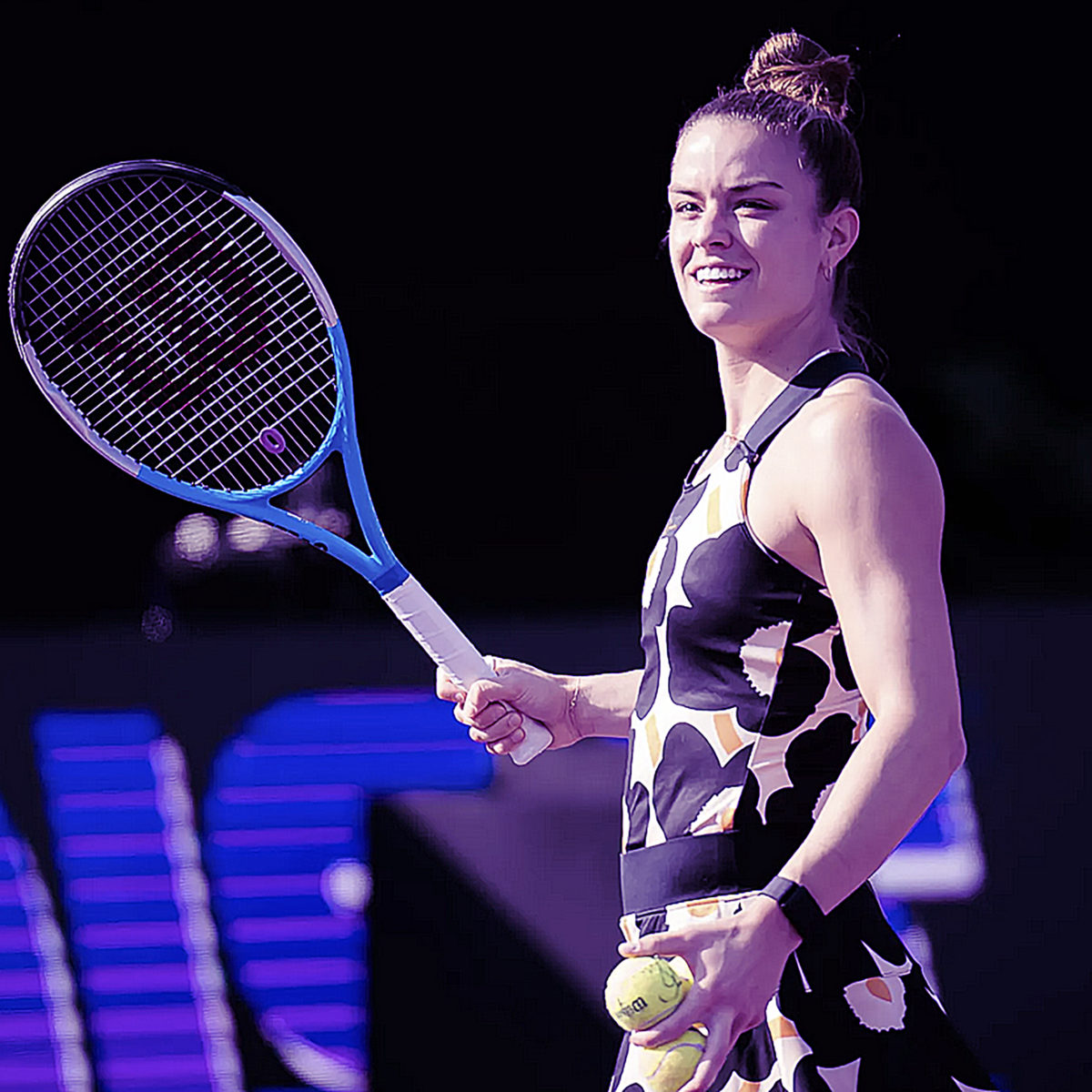 Maria Sakkari of Greece defeated Iga Swiatek of Poland 6-2, 6-4 on on her WTA finals debut in the Chichén Itzá round-robin group in Guadalajara.

The No.4 seed made history for her homeland this season, becoming the first Greek woman ever to qualify for the WTA Finals

This was also her third straight win over 2020 Roland Garros champion Iga Swiatek.

“I actually have a good game to play against her” Sakkari said after the match “All three times I played her, I played one of the best matches of the season. Like even today, I think I was very solid in these conditions.”

“More than anything we’re human,” Sakkari said of their post match embrace  at net.

“Okay, it’s another tennis match. She’s only 20 years old. She’s going to have many more chances than I’ll have in the future because it’s only the beginning for her.

I saw that she was struggling. It wasn’t a nice thing to see from the other side of the net. She’s a very, very nice girl. I mean, we always have great practices and great chats.”

“I think it was a very solid match from my side,” Sakkari added “Obviously my serve really helped my game. I felt quite good with the altitude. I could control my shots pretty well. I think every day I’ll feel even better.

Both players  have two more matches to go in the round-robin section of the event each will face other members of their Chichén Itzá group, Paula Badosa and top  seed Aryna Sabalenka.