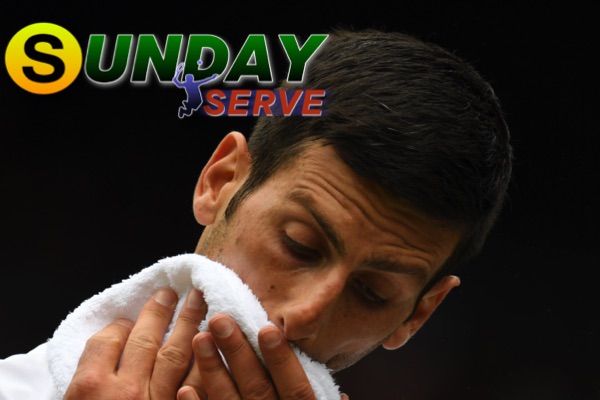 “I expect him to be anywhere from really rusty, and if he has the wrong draw to lose early, to win the tournament,” Pam Shriver said of Novak Djokovic’s return this week.

Afterwards Djokovic was asked whether he’d do anything differently if he had a chance to start 2022 all over again.

“It is what it is. Obviously disappointing to lose a match and to feel this way on the court.

“But again, I’m not going to stop here. I’m going to keep going and hopefully build my form for Roland Garros.”

Shriver was quick to point out it might take him a couple of tournaments to find his form.

Maybe Paris might be one tournament too soon, but given Rafa Nadal’s current injury issues, who knows.

Maybe neither will win it.

One thing is for sure, both still have fire in the bellies – both will still want to win.

Nadal is struggling with a rib injury and has already pulled out of Barcelona.

“We don’t know yet when he will be at his first tournament on clay this year. Hopefully, soon,” his team said in a statement.

And Nole? The lack of competition has seen the world No.1’s match fitness fall, and that will take time to rebuild.

Age is not on either player’s side either, but the Serb won’t let that affect his recovery.

He is currently at No.46 in the ATP rankings. And that poses another question.

Up against someone like an in-form Carlos Alcaraz, would Djokovic stay the course?

“I’m disappointed,” Djokovic said. “No one likes to lose. We’re professional athletes. This is what we do. We go out on the court to compete and try to win against each other.

“I didn’t like the way I felt physically in the third set. I just ran out of the gas completely. Just couldn’t really stay in the rally with him. If you can’t stay in the rally, not feeling your legs on the clay, it’s mission impossible.”

The demands of a year long ATP Tour have increased over the past decade with players more susceptible to injuries – and coming back from injury can be tough.

For Djokovic, he may well feel refreshed after so long away with non-injury issues, but the lack of match fitness and the intensity of top level tennis, which can only be sustained by playing at the highest level, will be another challenge.

Unlike many lower ranked players, who often play through injuries – look at Taylor Fritz in Indian Wells – Djokovic has the luxury of picking his way through the crowded schedule, with key Slams the target.

But getting that balance right is not easy. Play too much and get injured – play too little and risk upsets.

Djokovic should not have fitness issues – but match fitness after such a long layoff, at his age, is another thing altogether.

Mission Impossible … that it just may be.

TALKING of Alcaraz … the Spanish teen sensation is going back to the training courts after his surprise loss to Seb Korda in Monte Carlo.

“I’m a bit disappointed with myself,” the Spaniard said.

“I had a lot of chances to be up in the match and close to winning, but these losses sometimes [are] good to live. You have to play matches.

“But I didn’t think about the expectations that the people have [for] me. I just focused on me and what I have to do. But as I said, you have to play more matches on clay courts.

“I’m ready to [go] back [to] training and focus on the next tournaments. It [was] a tough match, but I think mentally I’m ready to play these kind of matches, long matches, and tough matches. I mean, mentally and physically, I’m ready.”

An ‘old’ head on young shoulders.

CASPER Ruud was right to call for end to the ‘reckless behaviour’ on the ATP Tour in the wake of incidents involving Nick Kyrgios and Alexander Zverev.

Ruud told his vodcast Ruud talk that is needs to end.

“This has been two three cases now in within a month. So it’s reckless behaviour in a way,” he said.

“It’s not something I wish to see, but at the same time, it kind of brings attention to the sport just in a negative way.”

It also sends the wrong messages to kids playing the game.

Former Grand Slam champion Mats Wilander revealed this week that Lleyton Hewitt had told him every kid in Australia was copying Kyrgios.

“I’m not saying they’re throwing rackets and whatever, but they hit the ball like Nick Kyrgios and that’s kind of bad enough in a way because Nick is so talented, but he doesn’t use his feet at all in any of his shots,” Wilander said.

Wilander said he wasn’t a fan of the ‘light punishment’ handed out to Alexander Zverev either.

“EVERYONE really has to stay within themselves and look in the mirror. We’re all not perfect, everyone freaks out sometimes and you just don’t do that.”

We’re not sure if taking advice from a certain Boris Becker is appropriate right now, given he is currently on bail awaiting sentencing for breaking Uk bankruptcy laws.

But Becker this week joined the debate over on-court behaviour, saying he sympathised with players wearing their hearts on their sleeve, but warned against an over zealous control of players by officials, turning them into ‘computers’.

“I also call the tennis players teammates, so you really shouldn’t comment publicly on other people’s misconduct. I think it’s wrong,” he said.

“The penalties are there, they don’t need to be reinvented. The question is what has to happen for a player to really be punished for weeks?”

Becker admitted that in his day, with no social media or microphones everywhere, it was easier “for players to go berserk”.

“Everything is extremely transparent, too transparent for my taste. And then the question is how does the tennis authority deal with it? Tennis is also an entertainment sport. I don’t want to see computers and machines on the court either.

“Emotions are good, a bit of blood, sweat and tears, that stimulates, that was already the case with us. But everything has a limit.”

FORGET the blisters, Emma Raducanu’s latest injury issue is toenails – or the lack of them.

Raducanu revealed she has no toenails left as she prepared for her first clay tournament in Prague this week.

During the Billie Jean King Cup draw ceremony in Prague, she said: “I have no toenails. Just my foot, my shoes, they’ve just been sliding around a lot.

“I had a small niggle in Miami, but now I have no physical thing.”

As this is a family friendly tennis website, we decided not show any toenail-less images, for fear of upsetting the children.

Sadly, Raducanu couldn’t nail it on court, dumped 6-1, 6-1 by Marketa Vondrousova in her BJK Cup match, and it was blisters again at fault.

SERENA Williams thinks there’s a sequel in the offing after the success King Richard, the biopic that told the story of the Williams sisters’ early days in tennis with their father, played by Will Smith.

“King Richard had a perfect ending with Venus on the tennis court,” Serena said this week.

Her comments referenced the fact the film ended with her older sister finishing her first professional tournament.

And Serena believes a sequel could pick up where the current film left off.

“Venus goes in her direction, and I go in my direction,” she said. “It’s two completely different stories.

“I had a rough journey. I didn’t do well and then I did. It’s a lot of drama. It’s a telenovela.”

From a king to a queen?

CANADIAN Denis Shapovalov has launched ShapoShelter, a new initiative the needs of dogs and cats in need.

“I’ve been supporting different shelters throughout the years,” Shapo said.

“I’ve got so many pets of my own, so I’m really excited to announce that I’ve put together a team and have started my own page called ShapoShelter, which is going to help out different shelters around the world promote their animals, both dogs and cats, and try to help them find new homes.”

The first shelter was opened in Miami recently.

Well, Ms Xu has won again. This time adding the UK’s Lawn tennis Association’s Under-16 title to the Under-18 crown she won 10 days ago. 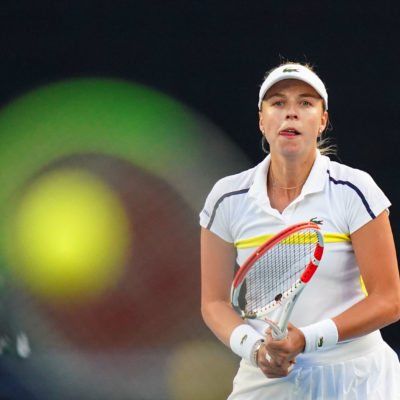