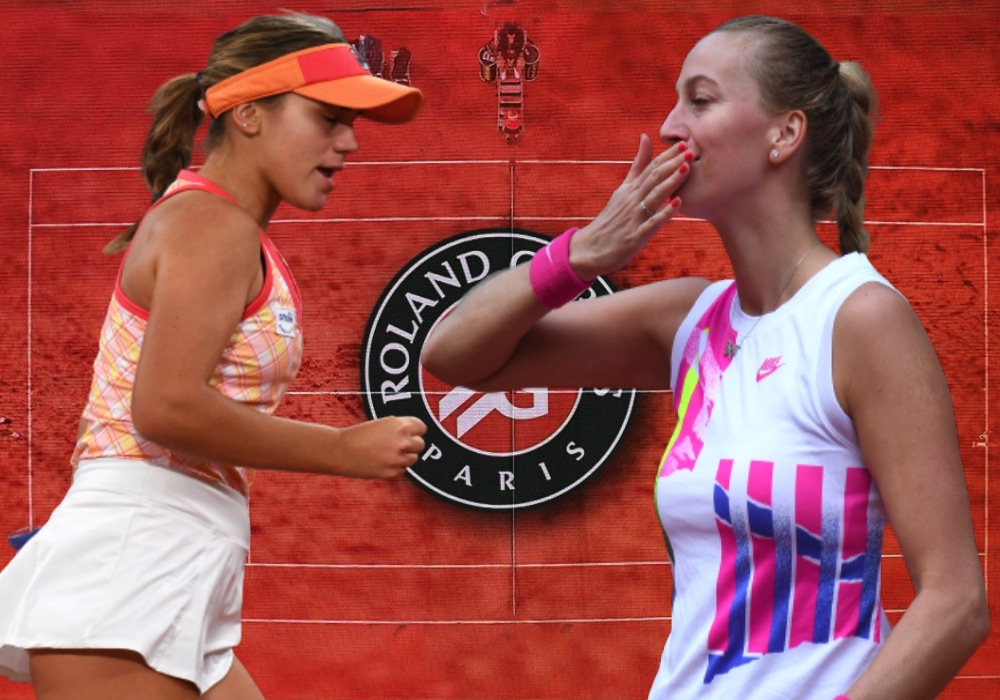 Kivtova leads their head-to-head between these two 2-0. In Miami to years ago over three sets, and in straight sets on clay in Madrid in 2019.

But Kenin, seeded fourth in Paris, has come a long way since that Madrid encounter.

Kvitova has had an extra day off and has yet to drop a set, but Kenin may be seen as more battle hardened, given four of her five matches have gone to three sets.

Kenin’s game has steadily improved through the tournament and she has averaged 14 winners per set.

The deciding set against Danielle Collins in the quarters saw some super tennis from The Australian Open champion.

But seventh seed Kvitova is still the favourite – because of her left hand serve and strong forehand.

For the statisticians. Kvitova wins 91% of matches in her career when she wins the first set.