‘He wasn’t expecting it’ – Murray reacts to underarm winner 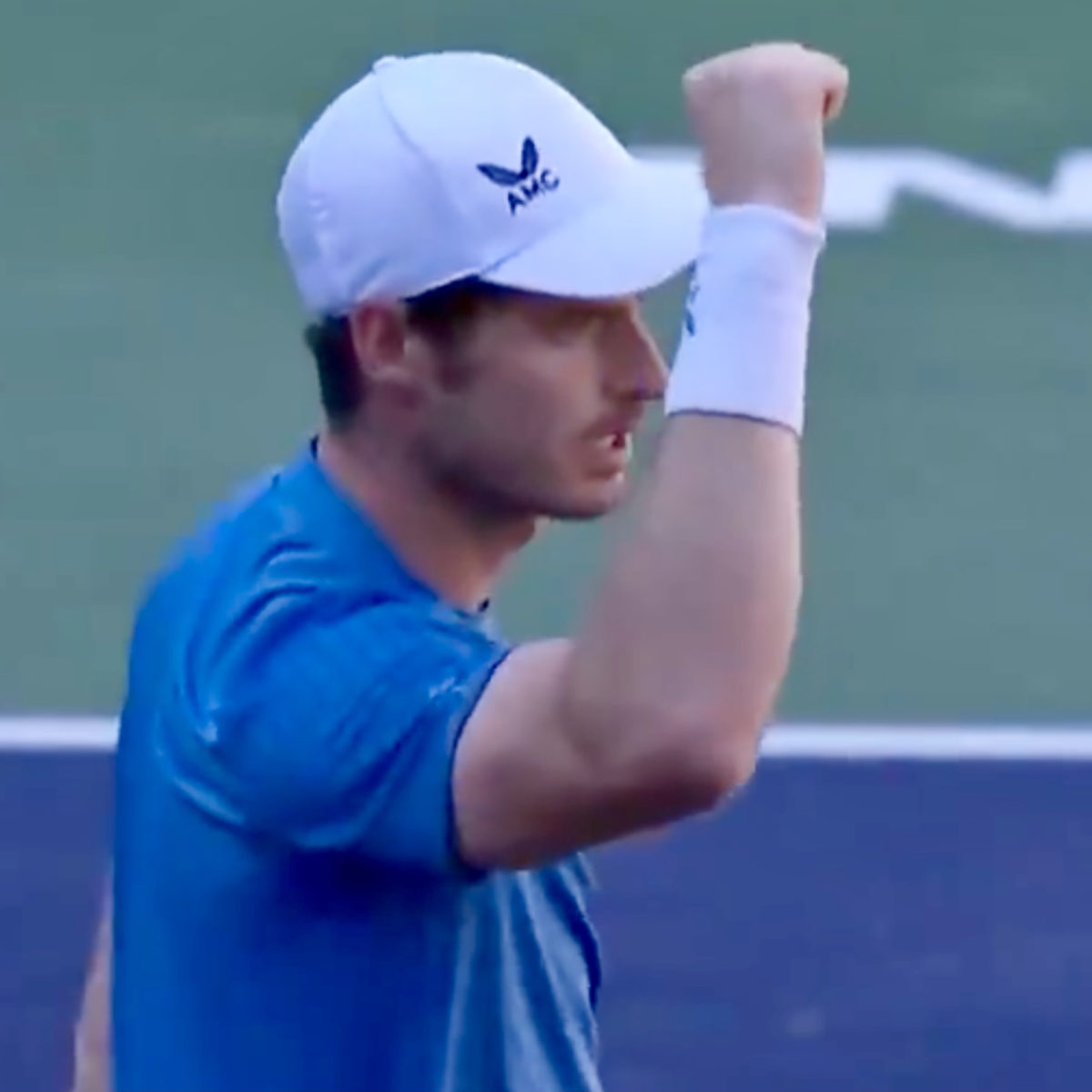 Andy Murray defended his underarm serve against Carlos Alcaraz at Indian Wells on Sunday as the Brit won a three-set thriller to advance to the next round.

The Spanish teenager was returning from far behind the baseline, enough to give Murray an invitation to try something different.

“If you look where he was standing at the beginning of the match to return the first serve in comparison … he changed that at the end of the first set,” Murray said afterwards.

“He started returning from further back, so it was even harder to get free points on the serve.

“I thought if he’s going to stand that far back and I’m getting no love from the court and the conditions, why not try it and see if I can bring him forward a little bit again.”

Alcaraz didn’t budge, knowing he was beaten by the Murray’s shot.

“I wasn’t expecting obviously to get an ace out of it,” Murray said.

“He was so far back, he didn’t obviously react. Wasn’t expecting it. I was thinking about using it at times in the third set, but obviously up in the score, was doing a little bit better, didn’t feel like I needed to.

“Certainly when guys are standing there to return serve now, it’s a smart play.”

Murray said the courts were “painfully slow” and added the conditions were hard.

“Because of the nature of the court here, you’re going to play some long rallies, especially against a player like him,” Murray said.

“At times I played some really good tennis. It wasn’t my best match. I can certainly still do things better. I thought I competed well today, which was probably the most pleasing part for me.”

The 34-year-old will next meet Alexander Zverev, player he has never lost to in two previous meetings.

“I played some good matches against him in the past,” Murray said.

“He’ll certainly go in as the overwhelming favourite. But if I play a high-level match, I’ll be right in there.”