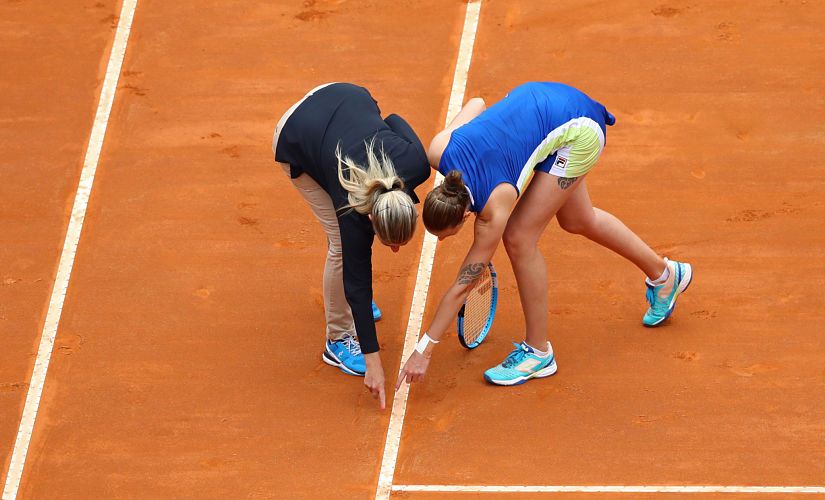 Linespeople will be scratching for employment this season after the ATP ruled that Hawk-eye algorithms will call the shots at all of the prestige Masters 1000 series.

The TennisMajors website broke the news as Australian Open qualifying rounds were getting underway halfway around the world in Doha (men) and Dubai (women) due to COVID-19 restrictions in Melbourne.

According to the French website, human line judges will be obsolete in the series a decade and a half since British-developed Hawk-eye made it’s Tour debut in Miami.

Tournaments in 2021 to be affected by the ruling include: Miami, Canada, Cincinnati, Paris and Shanghai.

The goal is to keep numbers of bodies around the tournament grounds  at a bare minimum to try and contain the virulent virus.

Using the computer instead of the linespeople was successfully trialled over 15 of 17 courts around the grounds at the US Open last September, a major event played with just the competitors, a chair umpire and a reduced handful of ballkids

The exception was the Ashe showcase venue, where Novak Djokovic was sensationally DQ’d in the fourth round after a struck a ball in anger after losing a point and accidentally struck a nearby lineswoman in the threat.

The No. 1 Serb is all-in on eliminating the fragile human element in the  linecalling caper.

““With all due respect to the tradition and heritage of the sport, when it comes to the people on the court during a match, including the linesmen, I see no reason why every tournament in the world, in this age of technological advancement, would not have what we had during Cincinnati and the US Open,” he said.

“The technology is so advanced now, there is no reason to keep linesmen in the field.”