Hats off to Federer – RF logo now back in his control 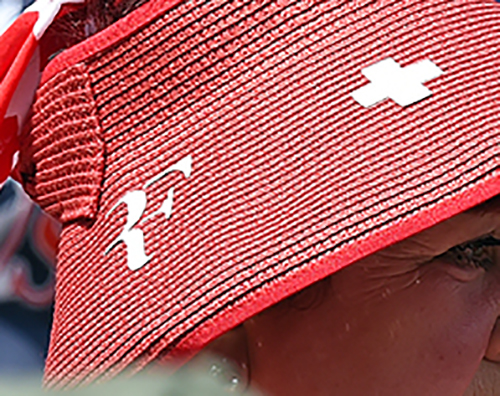 Roger Federer is now back in complete legal control of his iconic “RF” logo two years after leaving NIke – the end of a 24-year partnership – as the Swiss headed for a massive sponsorship deal with Japan’s Uniqlo.

But due to legal loopholes, NIke, which copyrighted the logo in 2009, was able to keep profiting off the logo which has adorned hats and shirts of fans since 2007 after being created in-house at the American clothing colossus.

That situation has changed, with Federer and Uniqlo now in control of the personal logo since last March.

Now, nine months later, a line of RF caps is being unleashed on a fanatical public, with the 39-year-old announcing the news on his social media.

Federer has been rehabbing throughout his COVID-19 crisis season after a pair of knee procedures.

He is due to make a comeback at the Australian Open, whose date has yet to actually be determined.

The Swiss legend posted a promotional video on his Insta account to tout the relaunch of the caps, which will be available in eight colours. They will feature the “RF” logo on the front and “Go Roger” on the back.

“After a long wait and extensive fine-tuning, Uniqlo and I are extremely excited to announce the return of the RF hat in 8 fresh colors starting December 8th, 2020.” Federer told fans. .

“This hat has meant so much to me and to my fans over the years. It has given us a way to visibly connect, and I have appreciated the opportunity to thrive off this supportive energy.”

The cap initiative is expected to be just the start of a range of “RF” clothing as Uniqlo works to harvest value from their exclusive Federer contract.