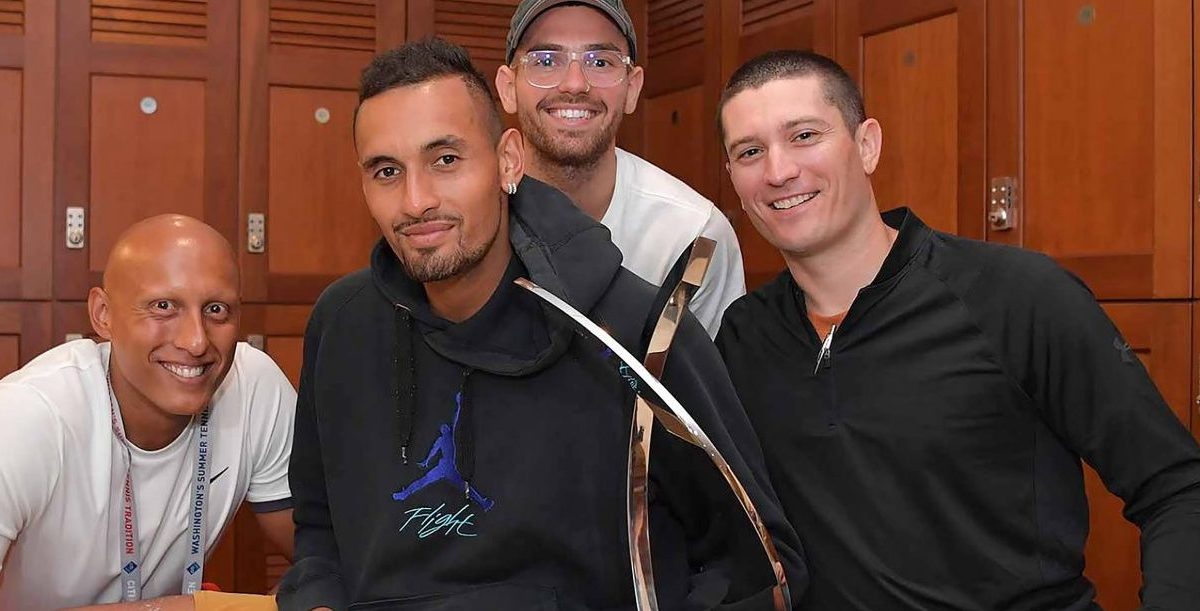 Has Nick Kyrgios’ successful run to the Citi Open Title in Washington last week reignited his love for tennis or was his impeccable behaviour on and off court and rapport with a crowd desperate to like him for all the right reasons merely the lull before an inevitable next storm?

He entertained the crowd with his full repertoire of breathtaking shots and skills throughout the week and kept the lid firmly on his seemingly innate urge to blow his top at the least sign of perceived misfortune or incompetence by officialdom so frequently the target of foul mouthed abuse.

After his victory in the Capital, the 24-year-old Aussie told the waiting media that he had been doing a lot of “right things” all week and that “I came here for six days and competed every day.

This is probably my most memorable title, honestly, so far.

“Especially just looking back at some of the places I’ve been, it’s crazy to think how much I’ve turned it around. I’ve just been working really hard, on and off the court, to try and be better as a person and as a tennis player.”

Modestly adding “How professional I was off the court, and I had the same routine every day,” when asked what would stick with him the most.

“I’m just going to take it one day at a time and hopefully I can continue on this new path.”

He is acutely aware of his position in the game as a role model – a factor that is driving his change in approach.

“I know deep down there’s a lot of kids that look up to me and I need to be better,” he admitted.

“A lot of people can relate to me. I have a massive following, as well. I’m playing for a lot of people out there, not just myself. Like it or not, I’m a massive role model. I’m doing all these Kids’ Days at every single tournament. They’re picking me for a reason.

Often criticised for his shot selection Kyrgios explained “When I get lobbed, I think the highest percentage shot for me is to hit a tweener. I don’t like getting back and hitting a defensive lob. I think it’s very predictable,”

“I mean, I can hit a lob from my tweener or I can hit it short. I can go anywhere I want, really. As ridiculous as it sounds, I just back myself.”

Assisted by a self proclaimed “healthier lifestyle, a happier outlook and renewed joy for competition” Kyrgios may just have put his gremlins behind him in time to finish the season on a high note with the last Grand Slam of the season starting in New York at the end of the month.

Victory in Washington has seen Kyrgios lift his ATP ranking 25 places to a comfortable 27th though the player himself insists “I honestly don’t look at them, and they are overrated”

He also reclaimed No.1 spot in Australia at the expense of Alex de Minaur.