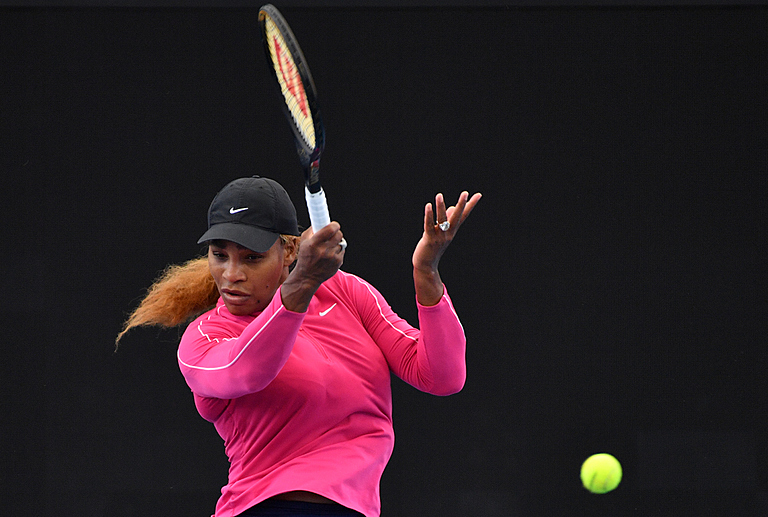 If Serena Williams does win her 24th major in Melbourne this month then she will have done it the hard way, after this year’s draw saw her set to face Simona Halep, Naomi Osaka and Ashleigh Barty on that road to victory.

Seven Grand Slam singles champions are in her way as current world no. 1 Ash Barty could also face a rematch – in the semis – against defending champion Sofia Kenin.

Barty opens against Montenegrin Danka Kovinic and could meet longstanding friend Daria Gavrilova in the second round.

Third seed Osaka, the 2019 champion, could meet last year’s runner-up Garbine Muguruza in the fourth round and then a quarterfinal against either Bianca Andreescu or Petra Kvitova. No easy task. Osaka plays Russian Anastasia Pavlyuchenkova in the first round.

Sofia Kenin has a relatively easy start, facing Australian qualifier Maddison Inglis, ranked 130 in the world, with a second tie match against either Latvian Anastasia Sevastova or Estonian Kaia Kanepi.

No. 2 seed Halep has a relatively easy run through the draw, starting with Aussie qualifier Lizette Carbera, the Queenslander ranked at 140.

No. 9 seed Petra Kvitova plays Belgian qualifier Greet Minnen, Karolina Pliskova, a threat at No.6 in the rankings, meets Italian Jasmine Paolini and No. 5 seed Elina Svitolina will play Marie Bouzkova from the Czech Republic.

First round ties to watch

Osaka has a troublesome first round tie against two-time Australian Open quarterfinalist Anastasia Pavlyuchenkova. The pair have met twice before – honours even.