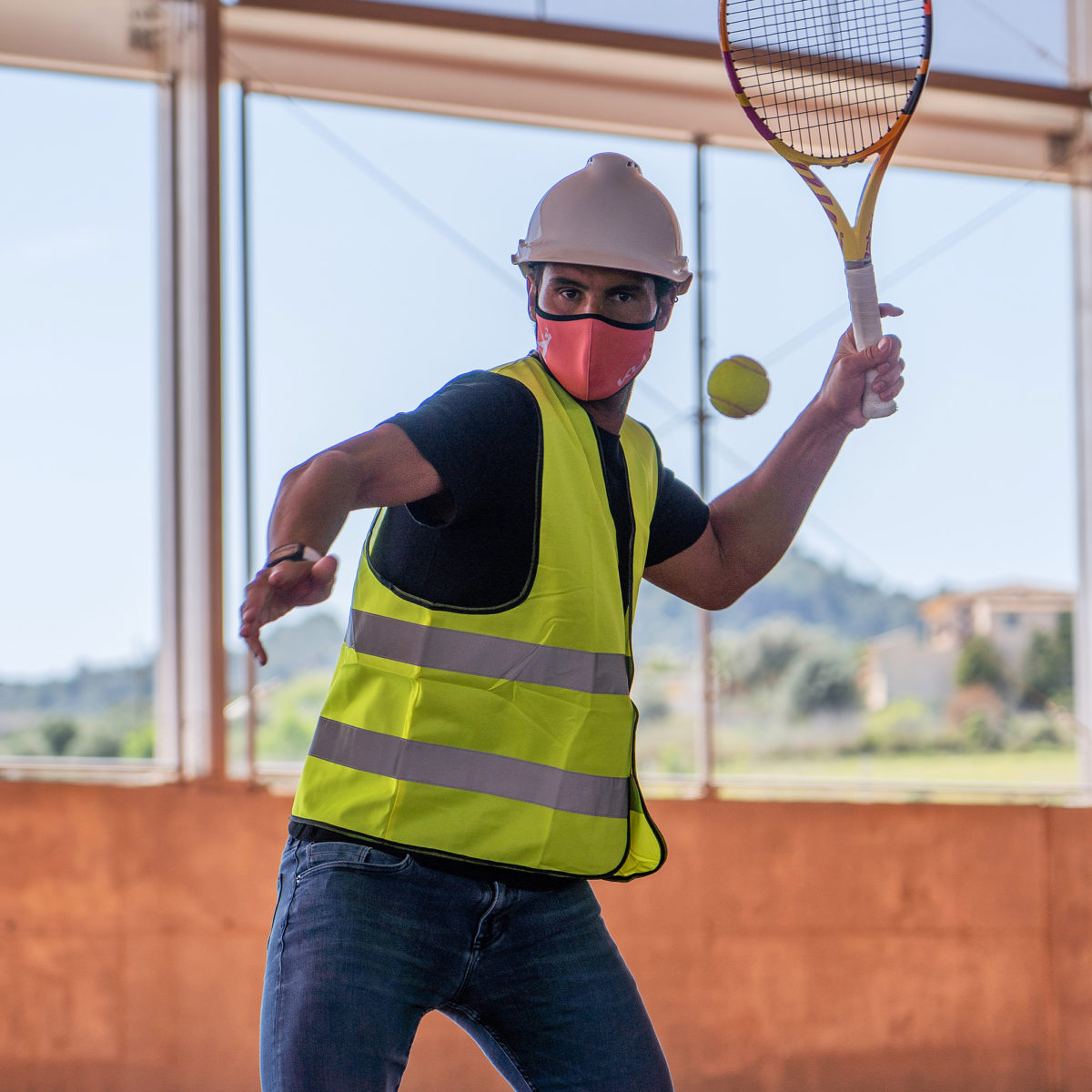 Rafael Nadal has made an inspection of expansion works on his Mallorca academy before travelling to compete in next week’s unofficial start of the European clay season at Monte Carlo.

Spain’s king of clay gave his critical once-over to progress on construction projects including seven covered clay courts, which are nearing completion .

In addition, the world No.3 took a look at the indoor hardcourts and spaces for fitness training, physiotherapy, psychology, nutrition and sports medicine.

The new-look complex will also feature fresh admin offices, with everything expected to be ready to go by September.

The  academy located near his home village of Manacor is home to 140 boarding students who combine tennis training with schoolwork.

All Mallorcan members of Nadal’s Fitness, Tennis, Padel and Swimming club can use the new courts,