Halep toughs it out for Toronto win

Simona Halep had to fight through an Achilles tendon problem, taking three sets to emerge with a win into the third round in Toronto on Wednesday.

The fourth-seeded defending champion needed all of her physical resources in a 4-6, 7-5, 7-6(5) defeat of American Jennifer Brady which took almost two and a half hours.

The Romanian reigning Wimbledon champion, a former world No. 1, called the tight victory “a very, very tough one”.

“I knew that she’s going to serve big and also the forehand is big.”

Halep had her troubles with form on the day as she returned to action after nearly a month away from competition, advancing despite 33 unforced errors.

“I was tired in the third set, I felt the Achilles from the first point of the match.

“But it’s normal after a break, and also coming onto the hard courts. It’s very difficult for the ankles and also for the knees.

“But I’m happy to go through, and hopefully tomorrow I will be okay.”

Two-time Grand Slam champion Naomi Osaka barely had to play a set, moving through as German qualifier Tatjana Maria retired from the match due to a left abdominal injury.

Osaka was in action for the first time since a Wimbledon first-round loss to Yulia Putintseva. The seed’s first victory since June arrived after just one set, 6-2, taking just 33 minutes.

“I thought I played really well even if we only played one set,” she said. “I was able to go for the shots where I had opportunities.

“I’m just happy that it was my first match in a while and I was able to get in the groove of things quickly.”

Osaka is now on the brink of reclaiming the top WTA ranking due to the loss on Tuesday of Ash Barty, current top woman on the circuit.

Only a standout week from Karolina Pliskova can keep the Japanese from the summit again.

Serena Williams got off to a winning start as she beat Els Mertens 6-3, 6-3.

Meanwhile, in Montreal, Dominic Thiem ended five years of disappointment in Canada, finally winning his first match in the country to progress to the third round of the Montreal Masters.

The Austrian moved through on his ninth ace after lifting a trophy on clay at home in Kitzbuehel at the weekend, setting up a Thursday encounter with former US Open winner Marin Cilic.

“I’m sorry I had to beat Denis today to get my first win here,” Thiem said. “It’s a great feeling.

“It’s not only the first match win here, but also against a great player. The court is pretty fast. It was a huge transition from clay to here.

“The crowd was supporting Denis so it was tough. Every opponent is great here. Every victory feels really good.”

Defending champion Rafael Nadal, who beat Stefanos Tsitsipas for the title in Toronto year ago, remained calm through a two-hour rain interruption to go through in the second round over Britain’s Daniel Evans 7-6(6), 6-4.

“Today, the main thing was win. I’ve been playing and practising more or less well. Now is the moment to compete,” Nadal said “Today I competed enough well to be through. Tomorrow is another challenge.”

Nadal is playing for the first time since losing a Wimbledon semi to Roger Federer and said that readjustment to the courts is not achieved in an instant.

“After Wimbledon always the mind goes down a little bit. I had a long clay court season, then grass, so you don’t relax.

“When you finish Wimbledon, your body loses a little bit that tension, so it needs little bit of time to recover.” 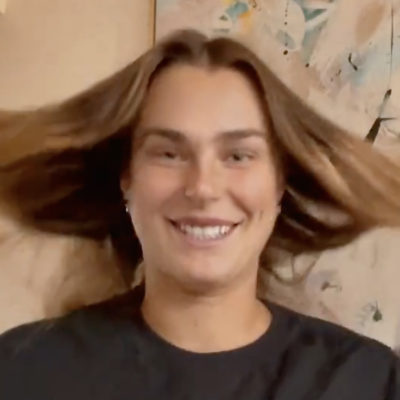