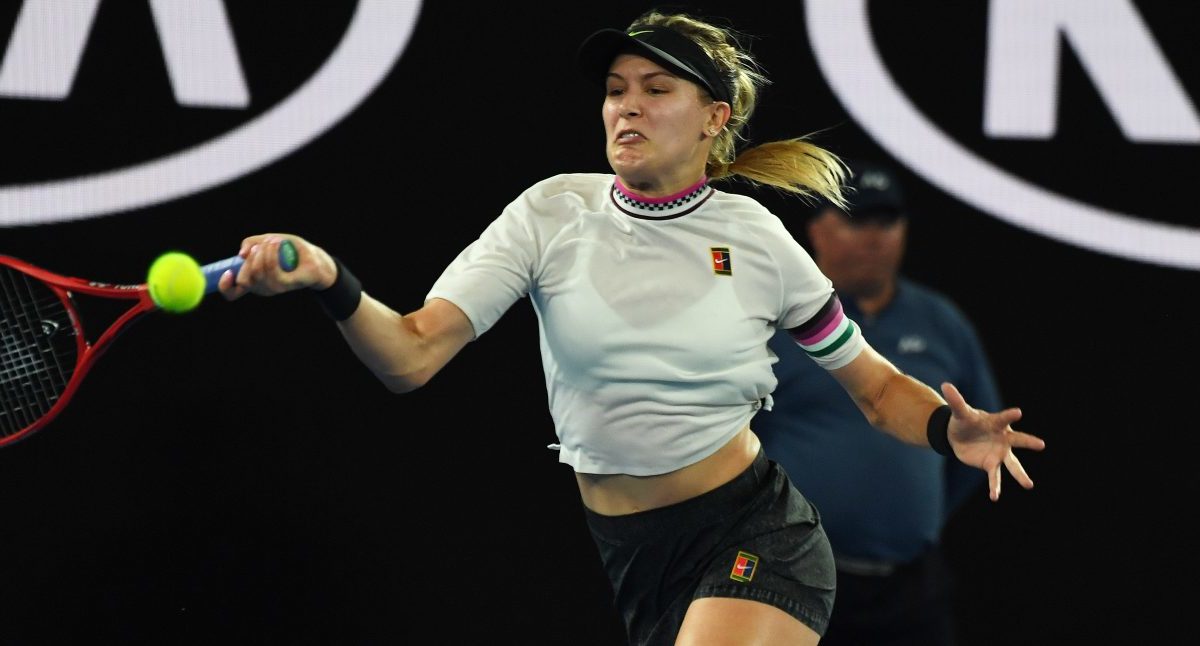 World No.1 ‘stunned’ at how she found energy to fight back and win.

Simona Halep kept a grip on her top WTA ranking, fighting back from a 4-2 deficit in the final set to overhaul American Sofia Kenin 6-3, 6-7(5), 6-4 and reach the Australian Open third round.

Halep, who can be mathematically overtaken by six of her rivals during the Melbourne fortnight if factors on court fall into place, said she was stunned to complete her fightback against the 37th-ranked Kenin.

“I have no idea how I won, it is tough to explain what went on,” the Romanian said. ‘She is an amazing player.

“It was tough for me to stay there for every ball. I was a little bit injured in the second set.

“But I fought on, I wanted to win. Hopefully I can play better in the next match.”

Halep’s first-round win here over Kaia Kanepi was her first since the Cincinnati final in August, a run of five consecutive losses.

“I didn’t think I played bad today,” the Japanese player said. “I know I could have made less unforced errors – that’s the biggest thing I take away.

“This is a fresh start (after the US Open). I’m just really excited every time I play a match.

Seventh seed Karolina Pliskova, who once stood atop the WTA rankings, constructed a 4-6, 6-1, 6-0 recovery to beat Madison Brengle.

The Czech winner will be playing in the third-round here for a fifth consecutive year.

“This match had a little bit of everything – some breaks, some good tennis, and some bad mistakes from me too,” Pilskova said.

“She defends so well from the baseline, it was sometimes tough to close on my shots – I’m glad I did it in the end.”

Pliskova, twice a winner of the Australian run-up event in Brisbane, remains unbeaten in 2019.

She used her latest title momentum to prevail over Lesia Tsurenko on a cloudy day at Melbourne Park, with rain later temporarily interrupting.play around the grounds later in the afternoon.   .

“I admit, in the first set, I wasn’t really happy, but now I’m happy that I’m still in the tournament and competing here,” Pliskova said after finishing with 45 winners and 29 unforced errors.

Pliskova will test her game in the third round against Italy’s Camila Giorgi, who defeated Polish qualifier Iga Swiatek with the loss of just two games.

January’s fairytale run ended for Canadian Bianca Andreescu, who beat Caroline Wozniacki and Venus Williams on her way to an unexpected Auckland final.

The 18-year-old lost to Anastasija Sevastova of Latvia 6-3, 3-6, 6-2, after qualifying into the Grand Slam field and winning a match at a major for the first time (in the opening round).

“It was not an easy match, she’s been to the Wimbledon final. I knew I had tom come out hot and firing.”