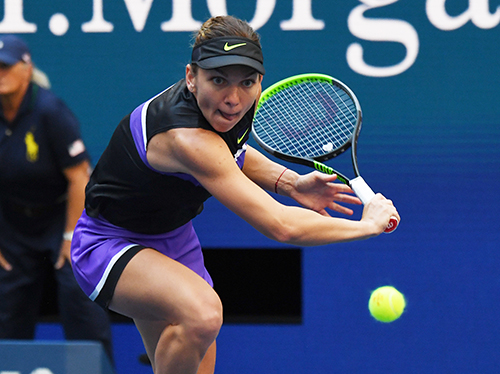 Simona Halep won her second match since coming back to tennis this month from a spring injury, with the former No. 1 ending the hopes of Montreal champion Camila Giorgi 6-4, 7-6(3), in the US Open first round.

Romania’s Halep, seeded 12th, missed Roland Garros, Wimbledon and the Olympics due to a calf issue which popped up in Rome; she also retired after one round less than a fortnight ago in Cincinnati.

The 2015 New York semi-finalist next plays Kristina Kucova in a first-time match after the Slovak beat American Ann Li, 7-5, 6-1.

Halep finished with six aces and three breaks of her Italian opponent’s serve in 95 minutes.

Giorgi saved two match points late in the second set to pull level at 6-all before Halep took victory in the ensuing tiebreaker.