Halep crashes out of US Open 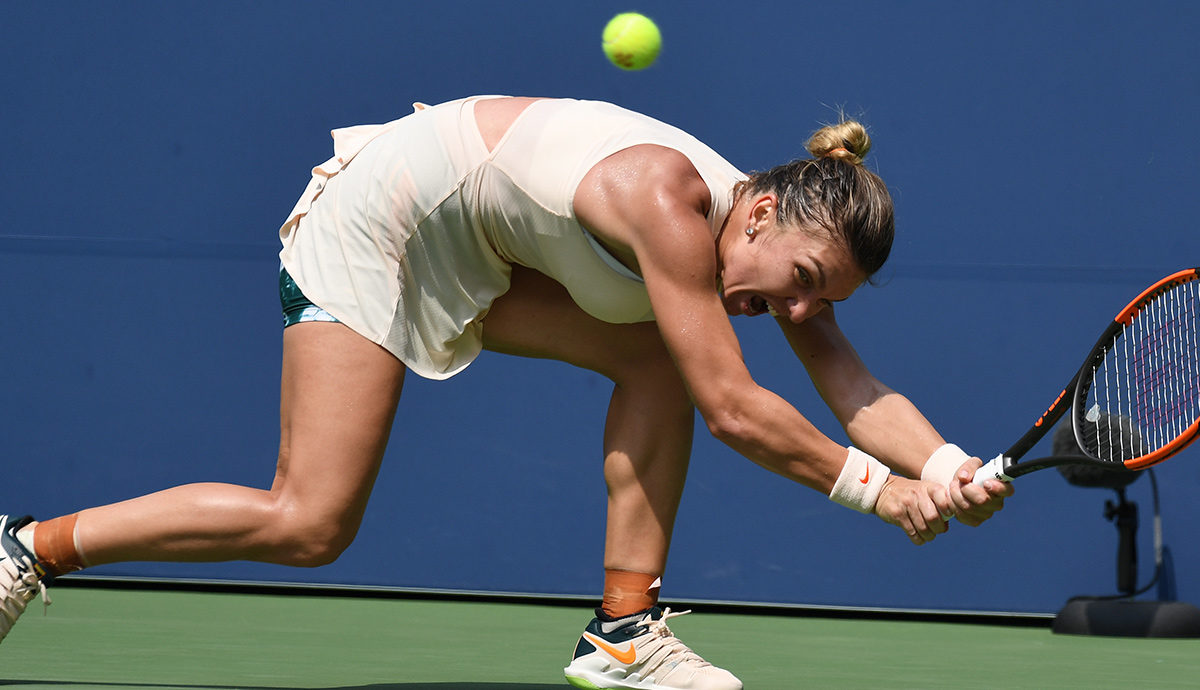 World No.1 beaten in straight sets by ‘unfancied’ Estonian

World No. 1 Simona Halep suffered a US Open shock for the second year in a row only hours into the Grand Slam fortnight.

The top seed fell in a 6-2, 6-4 shock to unfancied Estonian Kaia Kanepi. That upset came a year after she went out at the opening bell to Maris Sharapova here. 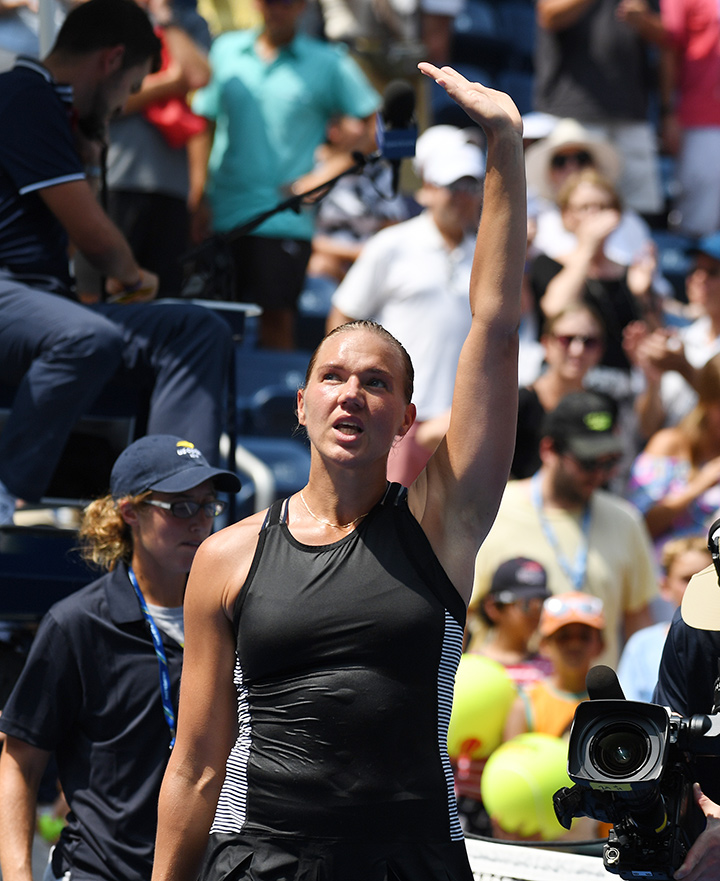 The surprise loss also duplicated the first-round exit of the Romanian during her 2010 Flushing Meadows debut and left the WTA side of the tournament reeling on opening day.

Halep is the first women’s top seed at the Open to lose so early; it has occurred a total of six times at the majors.

“I’ve always loved being in New York,” Kanepi said. “I like the atmosphere. I like being here. I love the courts and the climate, and I think that the courts suit my game really well.”

Romanian Halep came into the event after playing well back-to-back in Toronto and Cincinnati, winning the first event and playing the final in the second, which she lost to Dutchwoman Kiki Bertens.

But Halep had also complained of fatigue over the Cincinnati week and apparently did not make enough a recovery to challenge her New York opener. 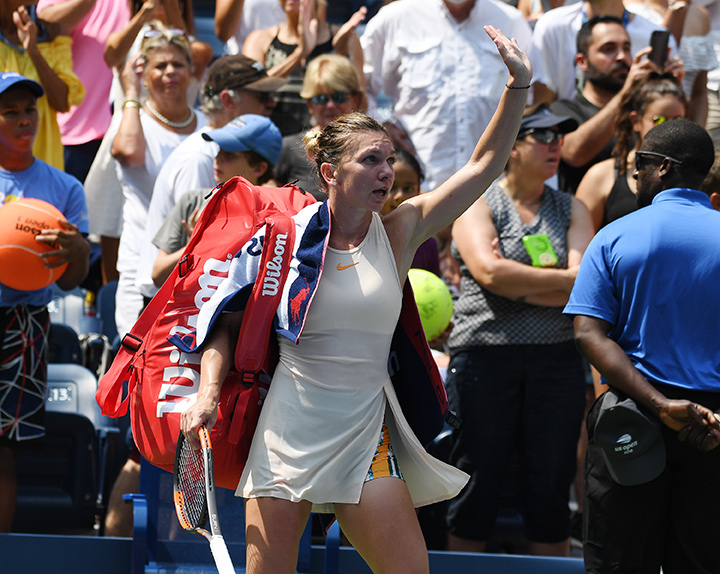 “I didn’t play great, but she played really well. I knew that she can play well here. She played quarter-finals last year – today I just lost,” Halep said.

“I didn’t find the balance today. I couldn’t play better, so that’s it.”

The 33-year-old Kanepi, ranked 44th, dominated with 28 winners to nine for Halep; the Estonian powerhouse broke five times while losing serve twice in the upset.

Kanepi’s strapped left shoulder proved to be absolutely no hindrance in her runaway win, in which she stamped her mark on the contest by going up a double break in the opening set, which she captured in less than half an hour. 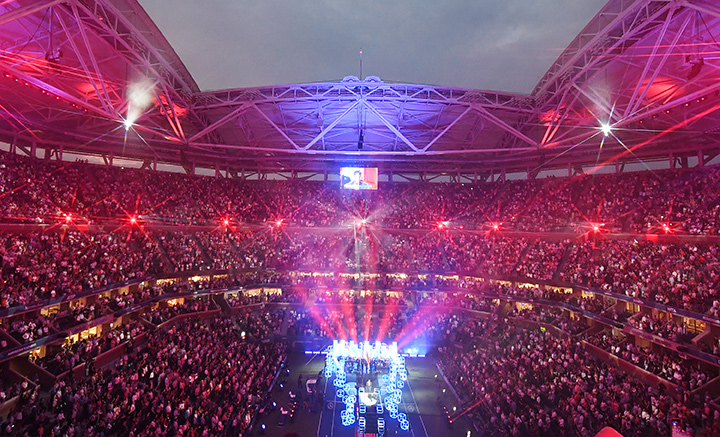 She went down 0-3 in the second on the way to the early exit but will retain the top ranking despite her defeat thanks to a backlog of ranking points.

“I cannot say much about this match, just that I didn’t really feel the ball,” Halep said. “She played really strong and pushed me back, so it was tough.” 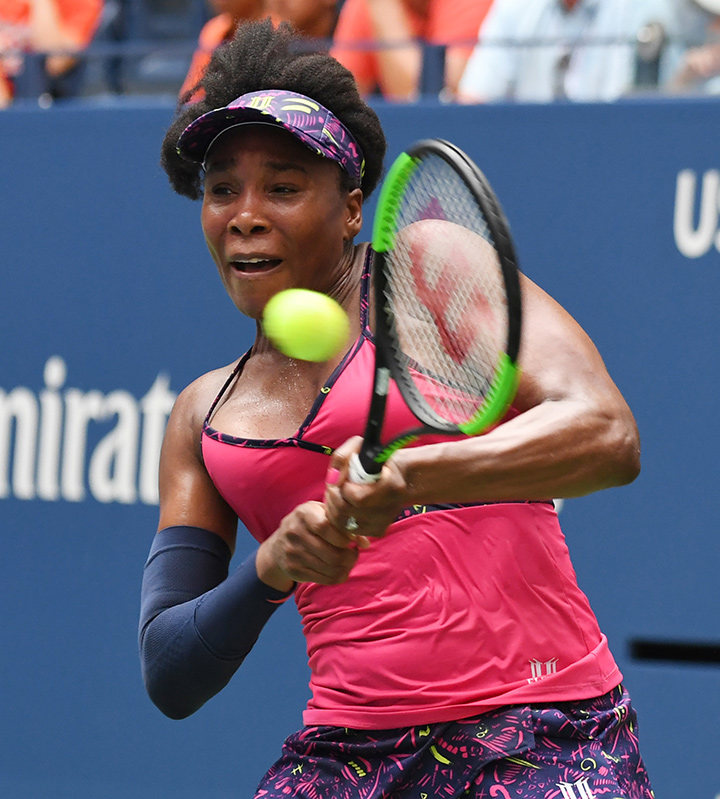 The 38-year-old Williams was unable to close out a straight-set win in the heat, but managed o get the job completed in the third set.

“It’s not an easy match when you are playing a former U.S. Open champion in the first round,” Williams said. “She played her best when I was up. So it wasn’t easy to close that match out.”

Williams is looking for a seventh New York trophy at an event where he has won six of eight finals played.  Williams took to the court in a leather jacket ensemble just days after her Roland Garros cat-suit was banned form further French Opens. 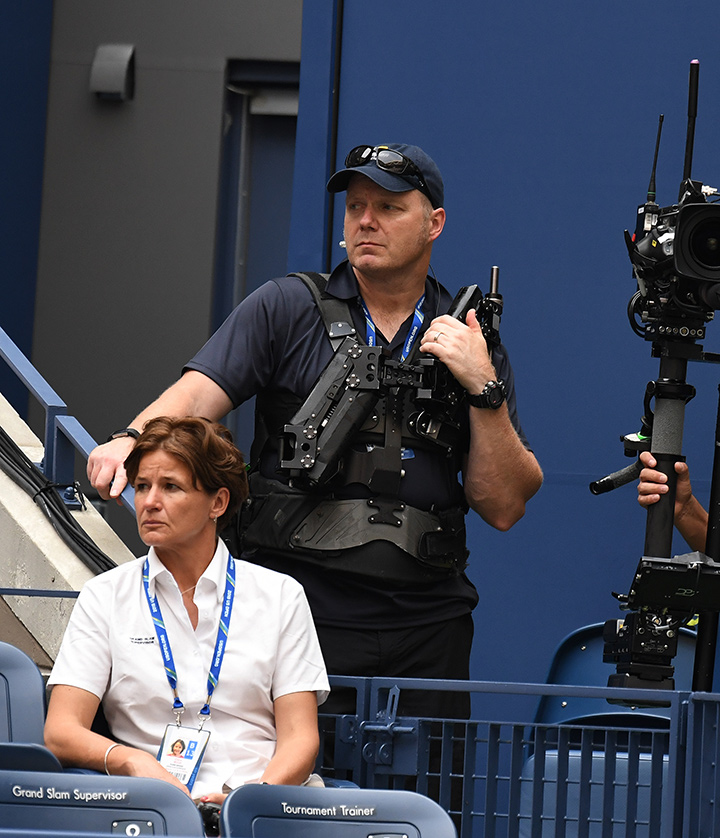