Halep closing in on No.1 spot again 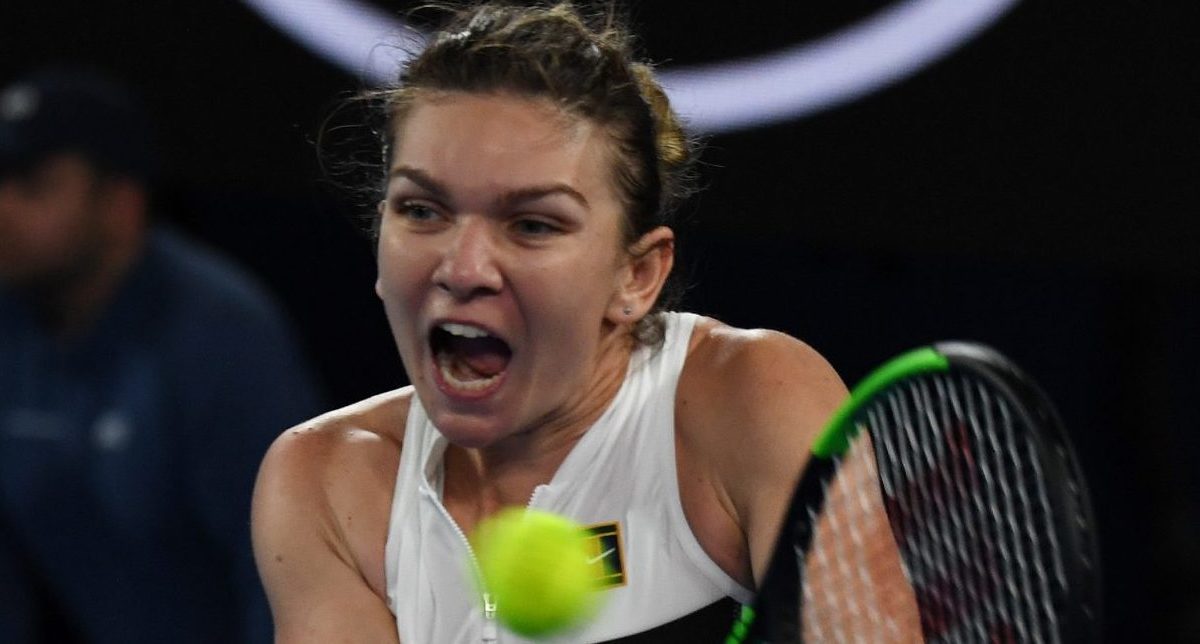 Simona Halep is one win away from reclaiming the world No.1 ranking after securing a quarter-final berth at the Miami Open.

Second-seeded Halep stormed back from 5-1 down in the second set and saved three set points before wrapping up the win 6-4 7-5 over 18th-seeded Wang Qiang in a little under 90 minutes.

“I found out from my coach that I need one more match to be No.1 again,” Halep said.

“It’s pretty much in my head and I’m happy that I’m in this position again.”

Halep’s opponent in the semis will be Karolina Pliskova, who beat Marketa Vondrousova 6-3 6-4 in an all-Czech showdown.

“It’s going to be, I think, a good match,” Pliskova said.

The Halep-Pliskova winner will face Australian Ashleigh Barty, who is assured of a spot in the top 10 for the first time after her run to the last four in Miami, or Estonian 21st seed Anett Kontaveit in the final.

Halep started strongly and broke Wang three times to race into a 4-1 lead before she closed out the first set.

Wang built a 5-1 lead in the second set but Halep staved of three set points in the 10th game as she went on to secure victory.

In the me’s side of the draw Roger Federer faces a pretty hectic few days as he plans to win his fourth Miami Open.

Federer was too good against Daniil Medvedev, winning 6-4 6-2 in just 61 minutes to race into the quarter-finals.

The match was supposed to be on Tuesday and was pushed back a day because of rain.

“Today’s match, I can be really happy with so I hope it’s going to give me some confidence for tomorrow.”

Next up for the Swiss fourth seed is a quarter-final against sixth- seeded Kevin Anderson – the biggest test yet for the big South African since his return from an elbow injury.

Federer broke Medvedev for a 5-4 lead in the first set, fought off three break points to close out the set and got another break to open the second set before he raced to victory.

“When you want to go deep in tournaments, sometimes you need those 15 minutes that go your way and you’re able to pull away with the score too,” Federer said.

“Margins are super slim and you need a bit of help sometimes from your opponent.”

American Isner served 25 aces on his way to a third semi-final in Miami, where he will face Canadian teenager Felix Auger-Aliassime.