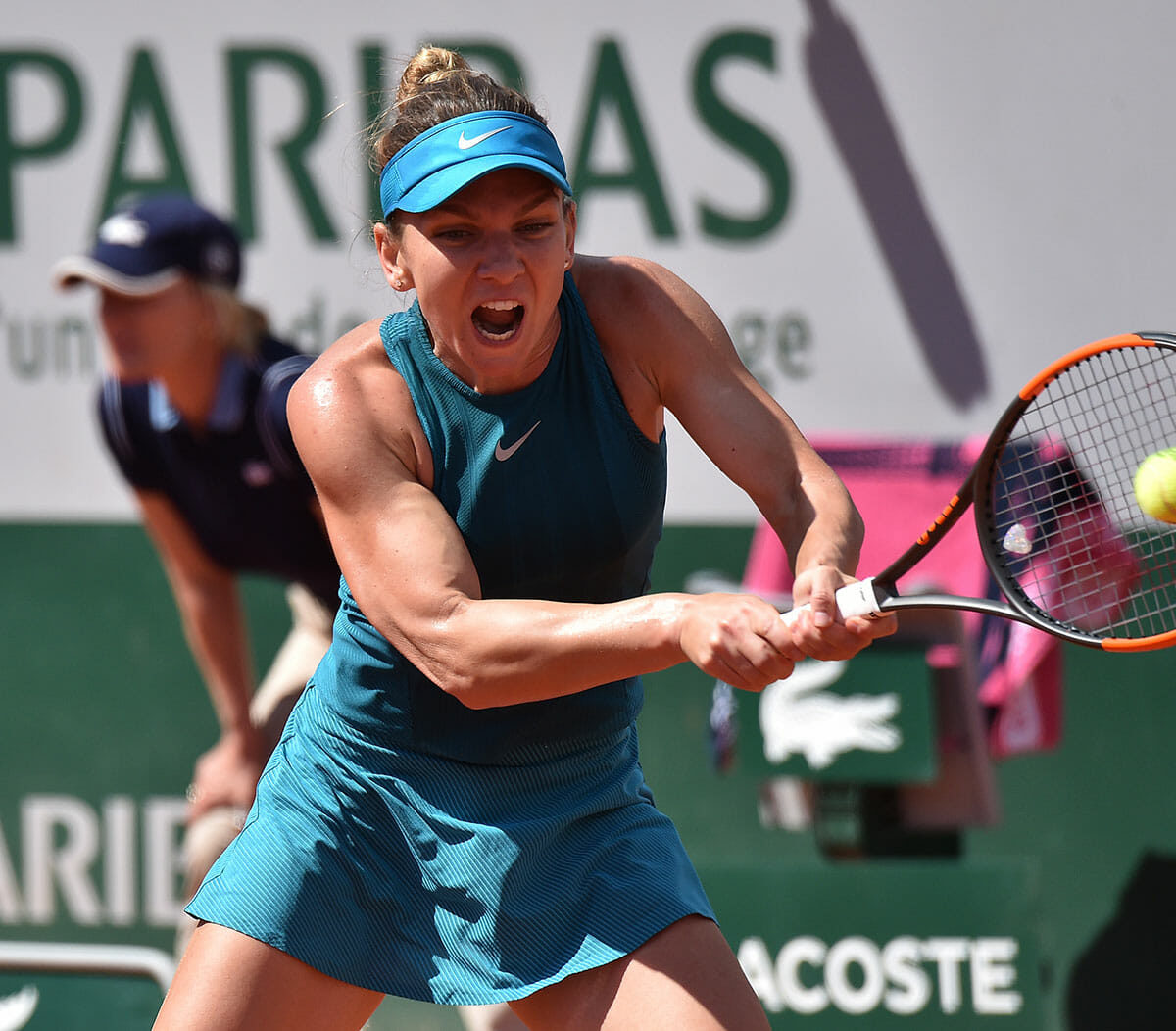 The current world No. 1 and a reigning Grand Slam champion rival have set up the French Open final, with Simona Halep set to take on Sloane Stephens for the trophy.

Halep also kept a grip on the WTA No. 1 ranking with her 6-1, 6-4 semi-final defeat of third-ranked Garbine Muguruza in a Thursday showdown, watched by former heavyweight boxing champion Mike Tyson. 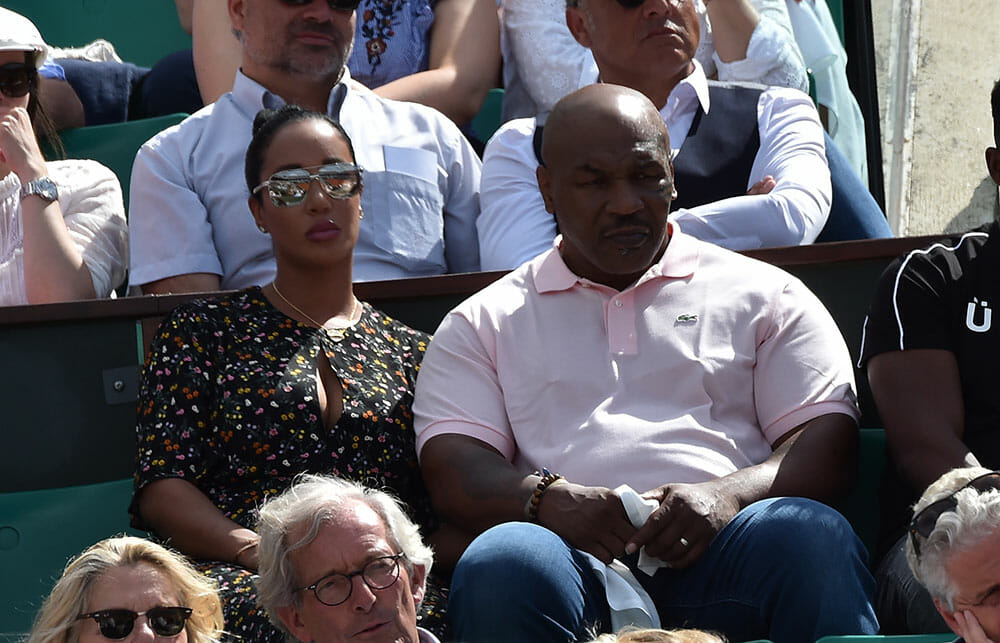 Stephens won a repeat of the US Open final from last September, with the American again defeating compatriot Madison Keys thanks to a 6-4, 6-4 win.

Muguruza, a former top-ranked player, held a 3-1 career lead on Romanian top seed Halep going into the match as the pair played a re-run of last summer’s Cincinnati final won by the Spaniard. 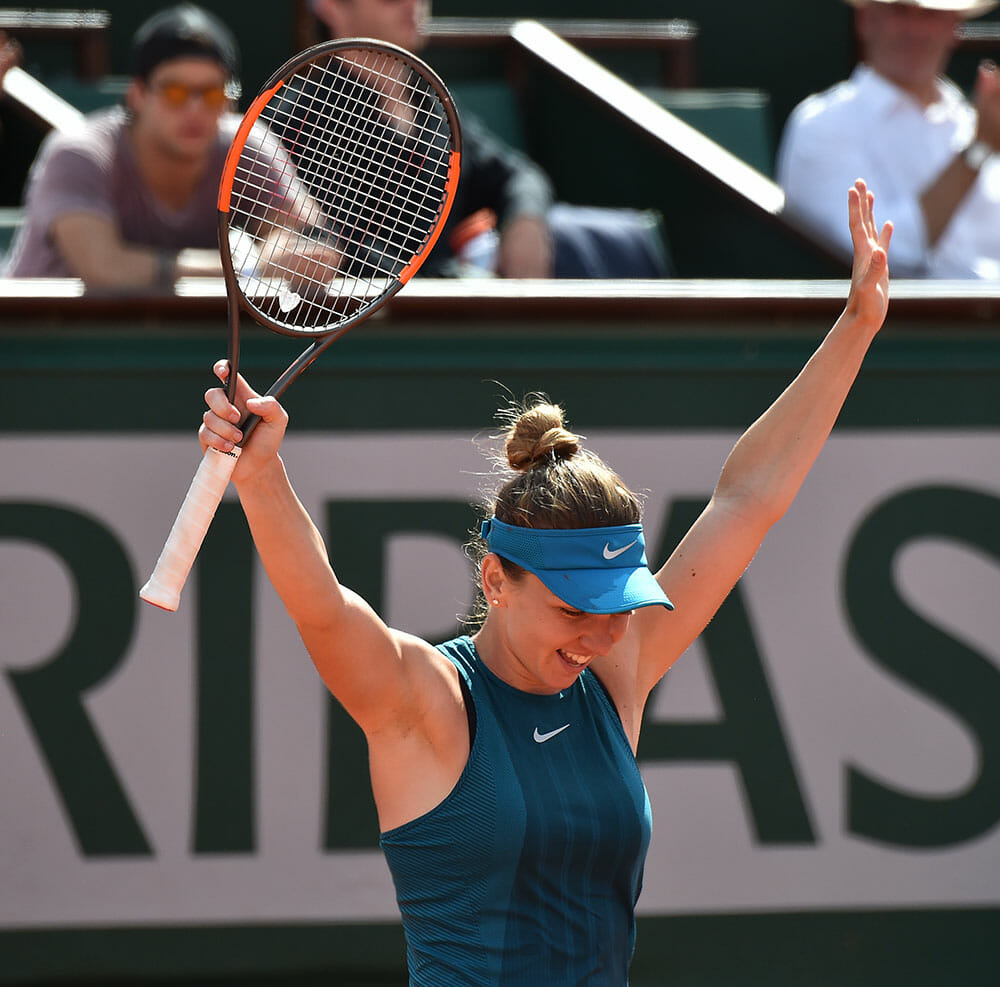 Halep, losing finalist here a year ago to outsider Jelena Ostapenko, will be competing on Saturday in the fourth Grand Slam final of her career; she is so far winless in elite title matches.

Had Muguruza won, she would have taken the top ranking from Halep. The Spaniard’s level fell though, after dispatching five-time major titleholder and two-time Paris champion Maria Sharapova with ease in the previous round.

[quote]“I’m really, really happy, it was important for my mind to know that I can beat very good opponents,” Halep said.[/quote]

“I gave all I had, this was one of my best matches on clay. You just cannot give up in front of this crowd.”

“She didn’t give up a point, it was very nice to play like that. I’m really happy that I could beat a player like Muguruza. She’s a great opponent, a great player.

“It’s always tough against her. Every day I play better and that makes me happy.”

After ripping through the opening set in 39 minutes, Halep went down a break in the second as Muruguza started a fightback. The Spaniard proved unable to hold onto her margin, giving back the break for 4-all and then forcing Halep to save three break points in the ensuing game before a hold for 5-4 by the top seed.

Halep did not waste her opportunity as she put Muguruza under immediate pressure, landing a spot in the final on her first match point from a Spanish error.

“I was down but I fought back on every ball,” Halep said. “I knew I had won the first set so I tried to play the same way in the second – pushing her back.

“I followed my plan of the match and it was great. I’m happy to have another chance in a Roland Garros final. Hopefully I will do better than last year.”

Muguruza said she was out-played: “It is a very tough day, one of those matches where you train so hard to achieve a Grand Slam final. She played very well, she deserves it.

[quote]“Overall, I’m happy because it’s a great tournament. But it’s disappointment  because you’re very close to the final.”[/quote]

Despite remaining a constant threat for a major title, Halep has failed to lift a trophy in her three previous Grand Slam finals. The 26-year-old took the win in just over 90 minutes with four aces while breaking on six of 10 chances.

Stephens has been making up on the clay for a post-New York slump during which she lost eight consecutive matches through the autumn and into the first round of January’s Australian Open.

The No. 10 has since lifted, by taking the Miami hardcourt crown as well as earning the third round on clay in Madrid and Rome. 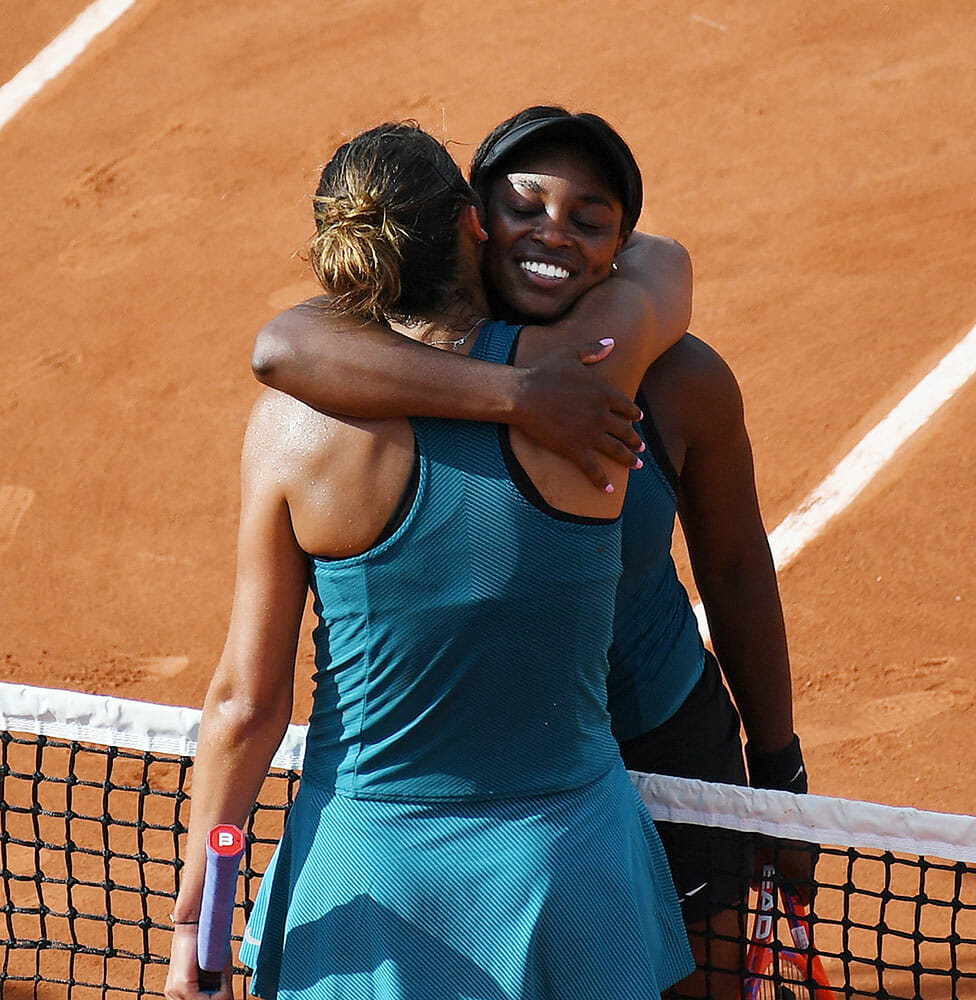 Stephens secured the opening set against her good friend Keys with one break, earning the lead after 36 minutes. She broke to start the second and held the margin out to the end as she landed a winner to the corner on the first of two match points.

“It’s always hard playing a good friend,” the winner said. “I’m pleased to get through and be playing some good tennis. 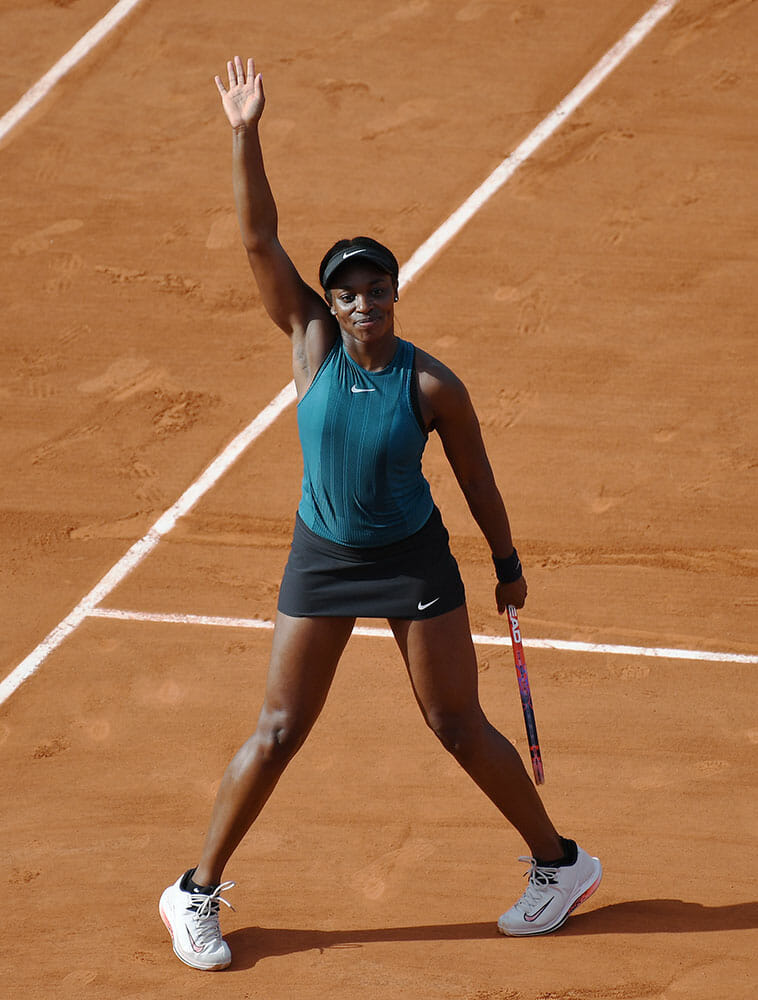 “This is one of my favourite events, I’m happy to be in the final. I;ve got a really great opportunity on Saturday and I’m looking forward to it.”