Grand Slam of the West

Indian Wells, nestling in south-west California, has a fast growing reputation as the ‘fifth’ Slam.

Venus and Serena Williams refused to play the Indian Wells tournament from 2001 to 2014 despite threats of financial sanctions and ranking point penalties.

The pair were scheduled to play in the 2001 semifinal but Venus withdrew due to an injury.Amid speculation of match fixing, the crowd for the final loudly booed Serena when she came out to play the final and continued to boo her through the entire match.

Williams won the tournament and was then booed during the awards ceremony.
Richard Williams, Serena and Venus’s father, then claimed racial slurs were directed at him while in the stands and neither Venus or Serena played the tournament until 2015.
But, where is Indian Wells and does it now ranks at potentially the ‘fifth’ Grand Slam?
Promoters of the Miami even may disagree, but the Indian Wells Master is now up there with the best.
Indian Wells is a city in Riverside County, California. It lies in between Palm Desert and the resort town of La Quinta. Estimated population out of tennis season of 5,404.

The Indian Wells Masters is one of nine ATP World Tour Masters 1000 high-level events managed by the Association of Tennis Professionals, and one of the four WTA Premier Mandatory tournaments of the Women’s Tennis Association.

And, the Indian Wells Tennis Garden centre has the second-largest tennis-specific stadium in the world, after Arthur Ashe in New York.

The event, the BNP Paribas Open and the WTA Indian Wells Open, is an annual one held in March.

The owner is Larry Ellison, co-founder of Oracle. The current tournament director is former world No. 2 player Tommy Haas.

Both singles main draws include 96 players in a 128-player grid, with the 32 seeded players getting a bye to the second round.

The tournament is played on hard courts and is the best-attended tennis tournament outside the four Grand Slam tournaments.

Dubbed the “Grand Slam of the West”, it is the most-attended tennis tournament in the world other than the four Majors, with over 450,000 visitors during the 2015 event. 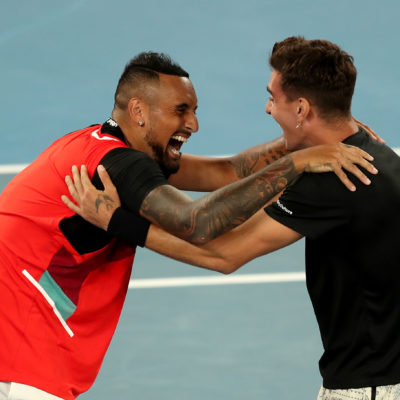