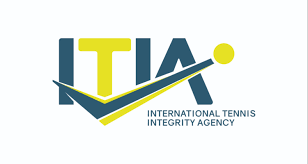 The International Tennis Integrity Agency has confirmed they received 38 alerts for matches during the third quarter of this year.

Two matches played at Wimbledon and a further two which took place at the US Open have been flagged up.

The names of the individuals involved in those matches have not made public as the the ITIA is still investigating.

A total of 38 betting alerts were issued to the ITIA during the third quarter with 13 coming from matches played on the Challenger Tour.

There were nine suspicious matches from ITF $25,000 tournaments on the men’s Tour and another seven linked to $15,000 events.

“It is important to note that an alert on its own is not evidence of match fixing,” the ITIA said.

Five players have been sanctioned for match-fixing offences with Temur Ismailov from Uzbekistan the highest profile.

Ismailov has since been given a life ban.

The ITIA has also suspended six Moroccans and one Peruvian player.