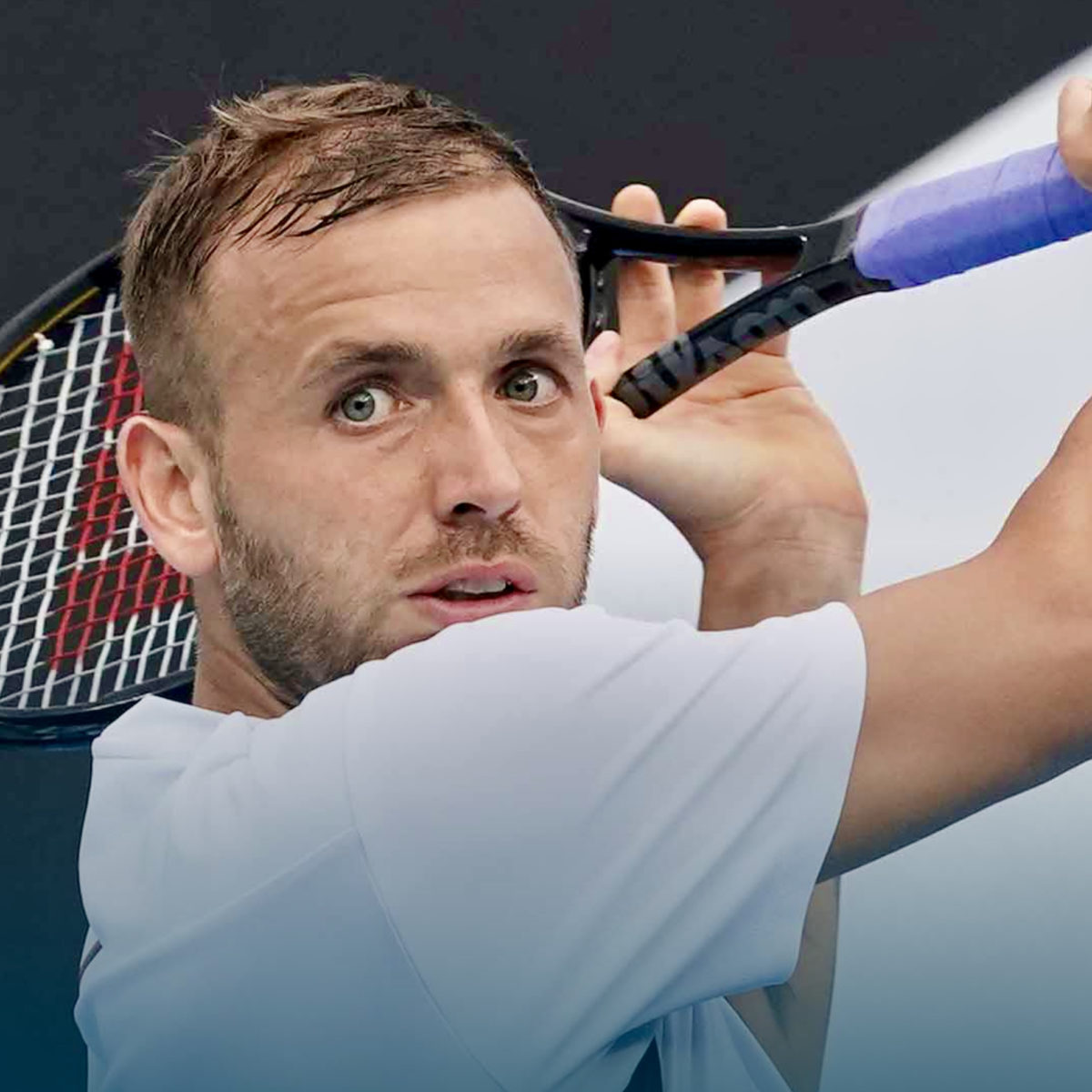 “It was good to be out there and win, but like I said last year, this year I wanted to do well in the bigger events,” Evand said.

“I didn’t have great Grand Slams last year, albeit a strange year, but my focus is on this week now.

“I’ve got a tough match against Cam (Norrie) and hopefully I will get through that one.

“I’ll look back and it’s a good achievement. But the proper tournament starts tomorrow.”

The win will push Evans up to 26 in the ATP rankings, and it will be well deserved, as his resolve blew the young Canadian, ranked 21 – away.

He was pumped up throughout the whole match and at every point a raised fist and a shouted of ‘yes’ could be heard around the sparsely populated arena.

A break in tier fifth game of the opening set gave Evans the platform to go and and win, and to set up the challenge of the second.

Almost everything he hit was a winner – Auger-Aliasimme didn’t play well and had no answer to the Brit’s groundstrokes.

Afterwards Evans briefly touched on past indiscretions – including a 12-month ban for cocaine.

‘Thanks to my team for being there for me during the not so good times,’ he said.

Evans will play fellow Brit Cameron Norrie in the first round of the Australian Open this week.